Philippine dictator set to be buried at heroes' cemetery 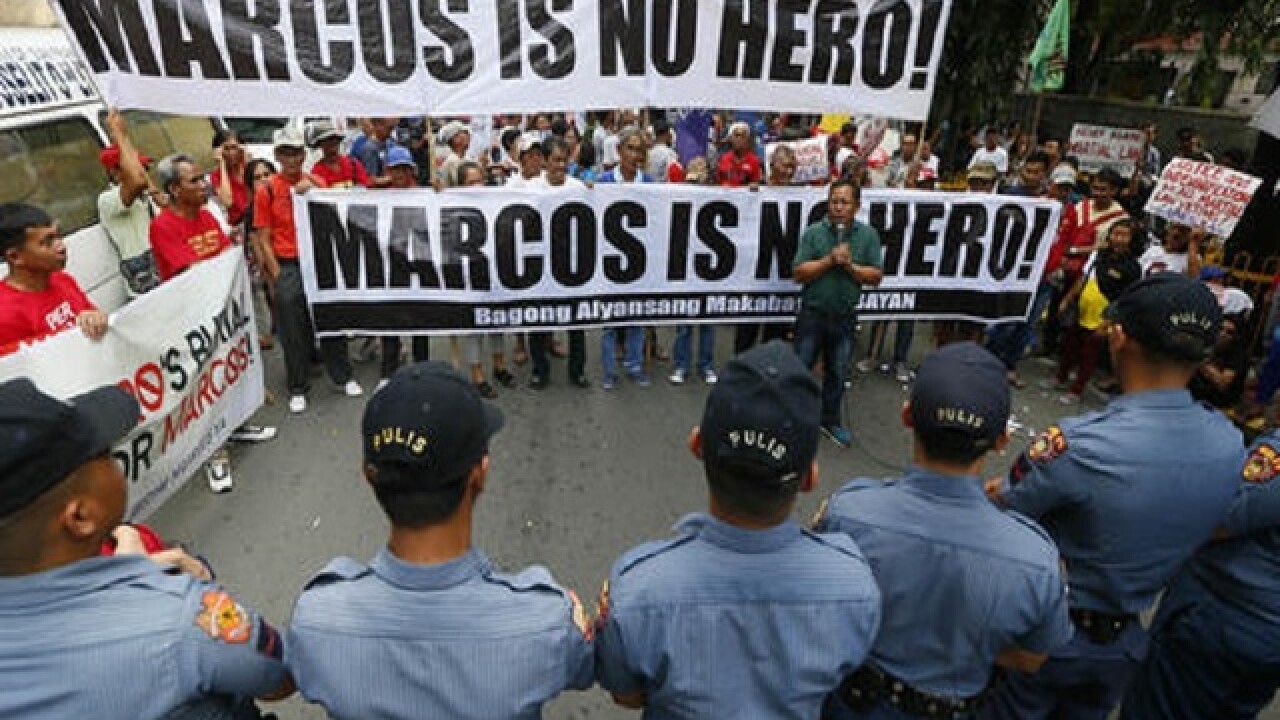 MANILA, Philippines (AP) — Philippine police say dictator Ferdinand Marcos is set to be buried at a heroes' cemetery Friday despite growing opposition after the Supreme Court ruled last week that one of Asia's most infamous strongmen can be entombed in the cemetery.
Police Chief Superintendent Oscar Albayalde says authorities finalized the burial plans with the Marcos family Thursday, adding the former president's remains will be flown by helicopter from his northern Ilocos Norte hometown and buried in the military-run cemetery in metropolitan Manila around noon on Friday.
Albayalde says there will be only a simple ceremony and not a state funeral.
Leftwing activist Bonifacio Ilagan, who was tortured and detained during Marcos's time, protested the secretive funeral plans and says Marcos was being buried "like a thief in the night."
Copyright 2016 The Associated Press. All rights reserved. This material may not be published, broadcast, rewritten or redistributed.