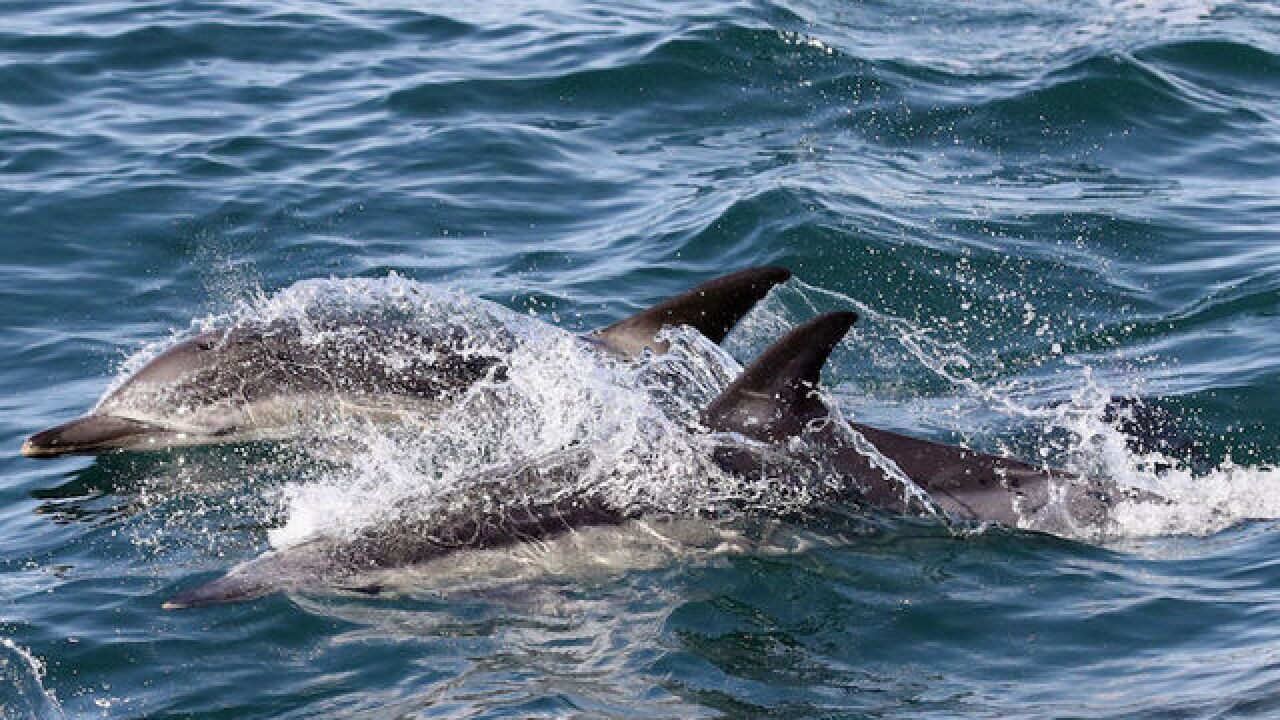 PETA is calling on people to be kind to animals after a dolphin was recently tangled in a crab pot line.

The animal rights organization said they got a call about the dolphin being trapped along the Elizabeth River near Virginia Beach, Va.

Two members of the rescue team “rushed out onto the river to save the animal”.

In a statement, PETA said “The rescuers discovered that the rope connecting a crab pot to a buoy was wrapped around the dolphin’s lower jaw four times, as well as around both pectoral fins. After they removed the rope, which had cut into the dolphin’s skin, the exhausted mammal was able to swim away.”

Had the rescue team not gotten to the dolphin, PETA said it would have drowned.

“The dolphin was clearly distressed,” PETA Investigation Specialist Colin Henstock explained. “He or she was having to fight his or hers ways to the surface for breaths and was pulling the weight of the trap up with every breath that the dolphin took.”

They said the traps are not only dangerous crabs but other animals that swim in the River.

“PETA is happy to have rescued this dolphin, but if people decided to be kind to crabs, this threat would disappear,” PETA President Ingrid Newkirk said.

Staff told us this was their first rescue on the Elizabeth river but said this is common.

“Wherever there is fishing or crabbing with nets or traps, there’s what’s known as bycatch. Dolphins are actually the common victims of that,” Henstock said.

They explained there are safety measures in place to prevent things like that from happening including using only vertical ropes.