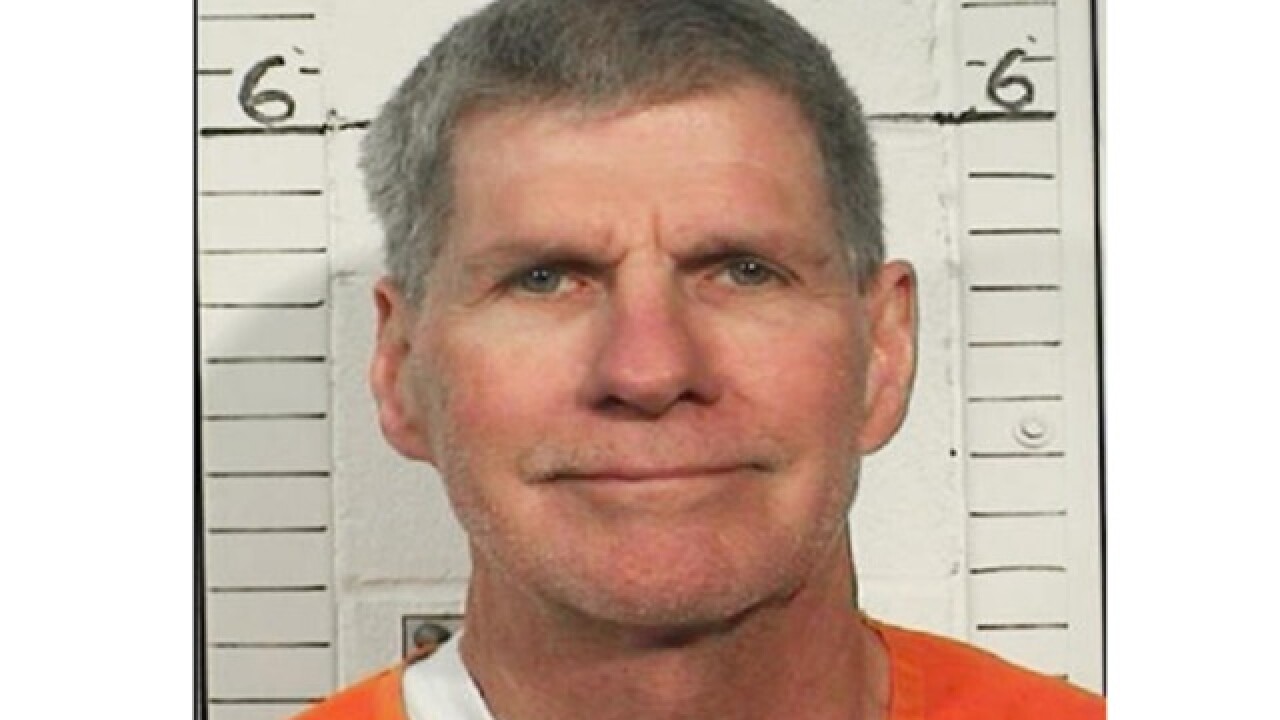 SACRAMENTO, Calif. (AP) — California parole officials recommended Thursday that Charles "Tex" Watson, the self-described right-hand man of murderous cult leader Charles Manson, should remain in prison 47 years after he helped plan and carry out the slayings of pregnant actress Sharon Tate and six other people.
Watson's 17th parole hearing was held at Mule Creek State Prison, near Sacramento. He can seek parole again in five years.
Watson, 70, is serving a life sentence for the murders of Tate and four others at her Beverly Hills, California, home on Aug. 9, 1969. The next night, he helped kill grocer Leno LaBianca and his wife, Rosemary.
"These were some of the most horrific crimes in California history, and we believe he continues to exhibit a lack of remorse and remains a public safety risk," Los Angeles County District Attorney Jackie Lacey said in a statement after the decision.
Watson was initially sentenced to death in the stabbing and shooting rampage, but the sentence was later commuted to life when the California Supreme Court ruled in 1972 that the death penalty was unconstitutional. He currently is in Mule Creek State Prison, near Sacramento.
Sharon Tate's sister, Debra Tate — the last surviving member of her immediate family — urged the panel of parole commissioners to reject freedom for the man she called "the most active, the most prolific killer in the Manson family."
"All of these people were deemed either sociopathic or psychopathic back in the day. You don't come back from that," she said beforehand. "They can't be rehabilitated."
In July, Gov. Jerry Brown reversed a Board of Parole Hearings recommendation that the state release Manson follower Leslie Van Houten, 67, who is serving a life sentence for the La Bianca killings.
In January, he blocked the release of Bruce Davis, 74, another Manson devotee who was convicted in the killings of musician Gary Hinman and stuntman Donald "Shorty" Shea.
In prison, Watson wrote a book, "Manson's Right-Hand Man Speaks Out," saying the charismatic Manson offered utopia then persuaded his followers to act out his "destructive worldview." Watson has apologized for the killings.
Watson says he converted to Christianity in 1975, founded Abounding Love Ministries in 1980, and ministers to other inmates. He also obtained his college degree behind bars.
Watson wrote that he was raised in Texas and headed to California at 21 against his parents' wishes in 1967 in search of "drugs, sex and rock 'n' roll."
Prosecutors said Manson ordered the murders in hopes of triggering a race war that he dubbed "Helter Skelter," after a Beatles song. The words "Death to Pigs" were written in blood on the wall of the LaBianca residence; "Helter Skelter" was scrawled on the refrigerator; and "rise" was written in blood on the front door.
The idea, authorities said, was that Manson and his followers would rise from the rubble to rule the world.
"Part of what torments me all these years and today is the severity of Charles Watson's crimes and how horribly the victims suffered," Anthony DiMaria, a nephew of Jay Sebring, who was killed with Tate, wrote in remarks to parole commissioners.
He cited seven gunshots — all fired by Watson — along with 170 stab wounds and 13 blows to the victims with blunt objects.
Watson wrote in his book that there was no concern for the victims during the rampage.
"There was a total disregard for life. I was concerned with destroying everyone and not getting discovered," he wrote. "In some ways, punishment escaped my mind since Helter Skelter was coming down and society, as we knew it, was coming to an end."
Watson's attorney, Kendrick Jan, did not respond to repeated requests for comment. A message left for supporters running Watson's Abounding Love Ministries website also was not returned.
Copyright 2016 The Associated Press. All rights reserved. This material may not be published, broadcast, rewritten or redistributed.