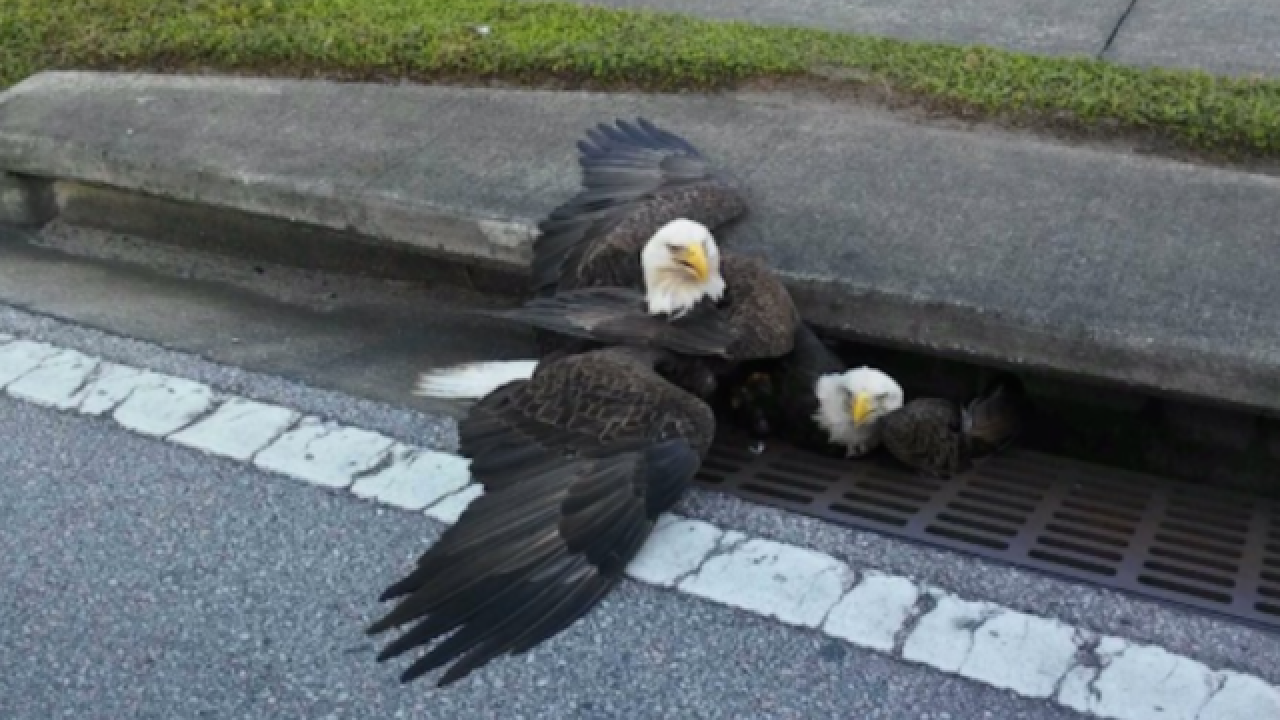 A bald eagle has been rescued from a storm drain along the side of an Orlando, Florida road.

Two eagles were originally stuck in the drain before one manages to fly away. As the eagle took flight, the second eagle fell through the grate and into the sewer.

Animal rescue was able to free the bird after about 90 minutes..

It’s not immediately clear how the birds became stuck in the drain or what condition the eagle is in.