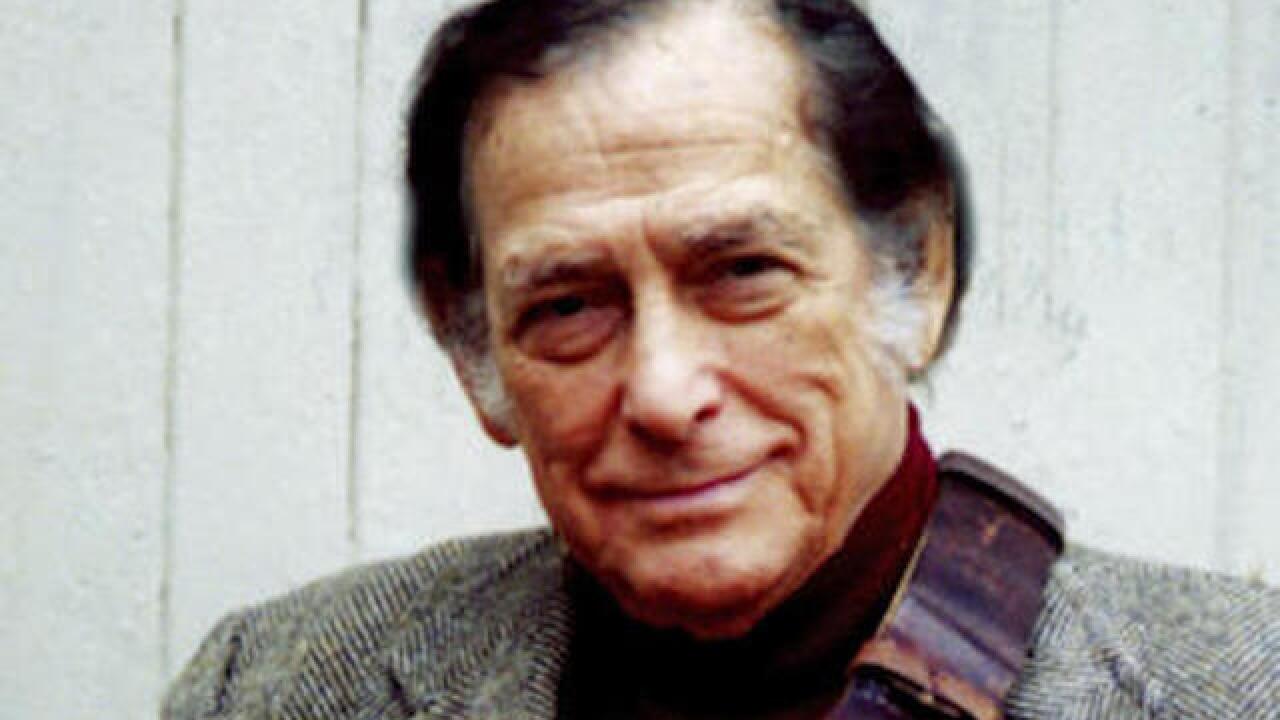 LOS ANGELES (AP) — Oscar Brand, a longtime force on the American folk scene whose radio program "Folksong Festival" showcased Woody Guthrie and a young Bob Dylan among music greats and newcomers, has died, his manager said Saturday. He was 96.

He had been hospitalized before the decision was made to bring him home, Yeager said. Brand taped his final "Folksong Festival" for public radio station WNYC two weeks ago, and it aired Saturday, Sept. 24.

He was "a unique and extraordinary individual" and versatile artist, Yeager said.

"I don't know of another artist who could perform alongside Woody Guthrie in overalls among the poorest of the poor," move on to a radio performance with mainstream star Kate Smith and then conduct an interview with first lady Eleanor Roosevelt, Yeager said. He also recorded some 100 albums, wrote eight books, created TV shows, composed Broadway musicals and made films.

The 70 years Brand spent with "Folksong Festival" earned him and the program a place in the Guinness Book of Records as the longest-airing radio show with the same host (Guinness lists the program's debut year as 1945). Brand did the show — a casual mix of song, conversation and humor — as a public service: He never accepted payment for his work.

He was honored with a George Foster Peabody Award for decades "in service to the music and messages of folk performers and fans around the world," according to the 2005 announcement.

During the anti-communist fervor of the 1940s and '50s, Brand continued to invite politically active artists, including those who were blacklisted. Brand was not a Communist Party member, but he felt compelled to support free speech, according to a biography provided by his manager.

Brand's work for the theater included scoring the Kennedy Center's Bicentennial musical "Sing American Sing," writing and scoring ballets for Agnes DeMille and writing the Broadway musicals "A Joyful Noise" and "The Education of Hyman Kaplan."

Brand also made award-winning documentary films and recorded a variety of albums, including "Presidential Campaign Songs 1776-1976: Sung by Oscar Brand" and "Bawdy Songs and Backroom Ballads." He wrote pop songs for Doris Day, Ella Fitzgerald and others.

His survivors include his wife of 46 years, Karen, and their son, along with three children from a previous marriage and grandchildren.