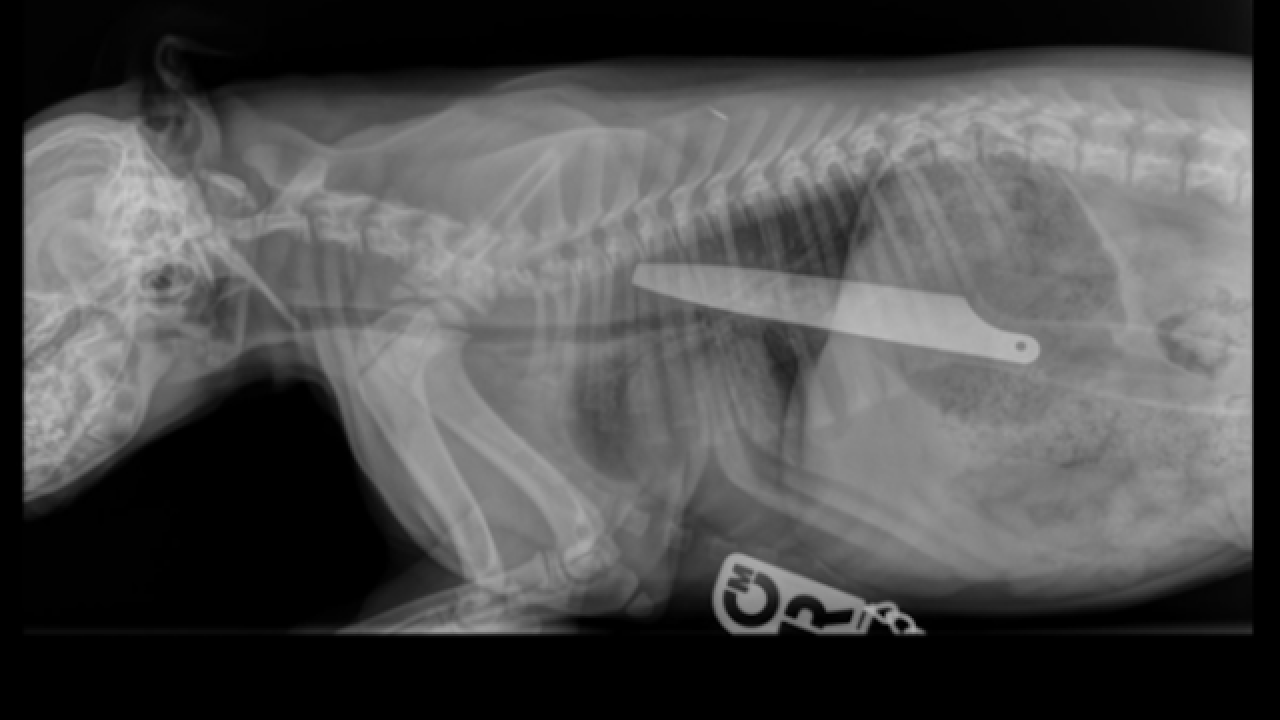 Copyright 2017 Scripps Media, Inc. All rights reserved. This material may not be published, broadcast, rewritten, or redistributed.
<p>A 12-week-old bull terrier is recovering after surgery to remove an eight-inch kitchen knife from her stomach. (PDSA/Twitter)</p>

A 12-week-old puppy is expected to recover after it swallowed an 8-inch kitchen knife.

According to the People’s Dispensary for Sick Animals (PDSA), Irene Paisley of Glasgow, Scotland took her bull terrier Macie to the vet thinking she had swallowed a toy.

Paisley took Macie to the vet right away when she saw that she was choking. By the time they arrived at the doctor, Macie was bleeding from her nose.

Doctors took x-rays and immediately discovered the unmistakable outline of a knife lodged in the dog’s stomach.

“I couldn’t believe it when they said Macie had swallowed a knife,” Paisley said. “I have no idea where she got hold of it – she could have pinched it out of the dishwasher, but no one saw what happened.”

Check out this incredible x-ray of a puppy that swallowed an 8inch knife: https://t.co/Lx5Wn1guSE pic.twitter.com/Fkcbg4aksC

The dog quickly underwent surgery, as the knife handle had already descended into her intestines. Luckily, doctors were able to remove the knife and Macie is currently recovering.

Doctors say Macie is lucky to be alive, as her injuries would likely have been fatal if she would have swallowed the knife blade-first.