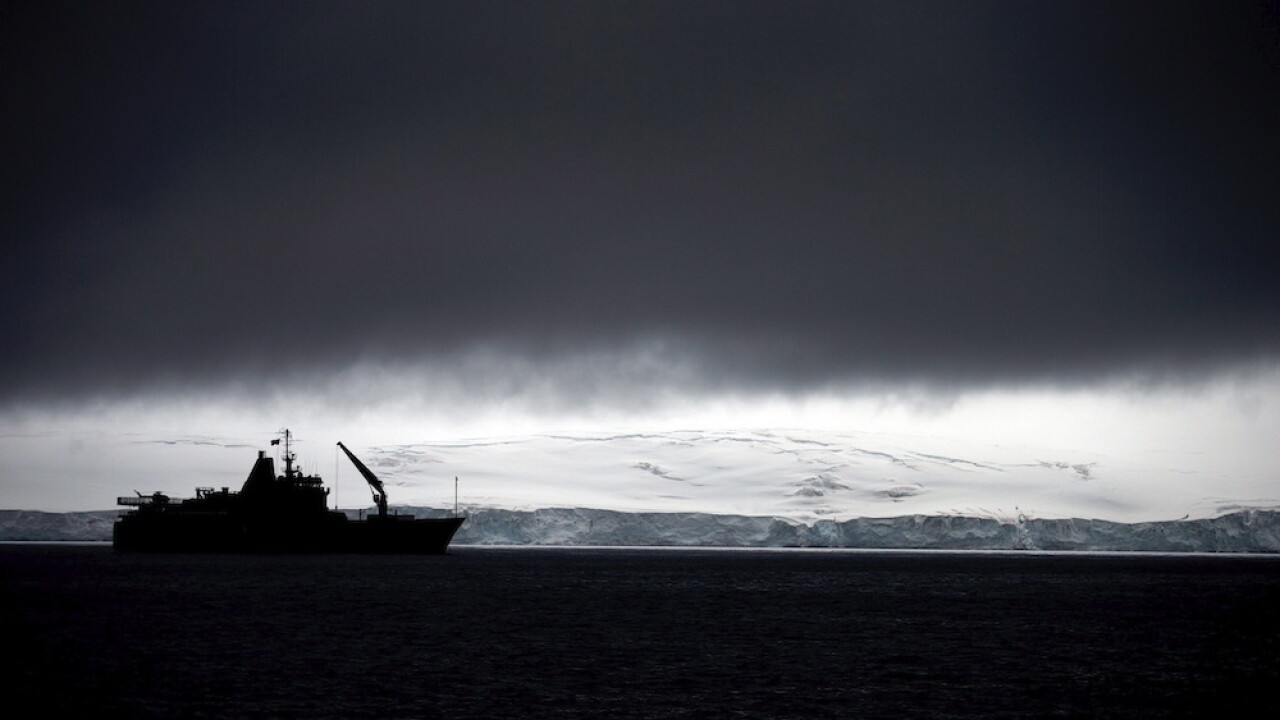 AP2015
Natacha Pisarenko/AP
FILE In this Jan. 25, 2015 file photo, Chile's Navy ship Aquiles moves alongside the Hurd Peninsula, seen from Livingston Islands, part of the South Shetland Islands archipelago in Antarctica. Antarctica’s ozone hole is finally starting to heal, a new study finds. In a study showing that the world can fix man-made environmental problems when it gets together, research from the U.S. and the United Kingdom show that the September-October ozone hole over Antarctica is getting smaller and forming later in the year. And the study in the journal Science also shows other indications that the ozone layer is improving after it was being eaten away from chemicals in aerosols and refrigerants. Ozone is a combination of three oxygen atoms that high in the atmosphere shields Earth from much of the sun’s ultraviolet rays. (AP Photo/Natacha Pisarenko, File)

Scientists say a giant ozone hole, one of the largest ever recorded, has closed just weeks after it formed over the Arctic. And while pollution levels are down worldwide amid the coronavirus pandemic, scientists say shutdowns likely had little, if anything, to do with the hole's disappearance.

According to CNN, scientists with the Copernicus' Atmospheric Monitoring Service (CAMS) have been monitoring the ozone hole since it was discovered in March. The group reported that ozone levels in the Arctic were "nearly depleted." CNN reports that the last time ozone levels that low had been detected in the Arctic was nearly a decade ago.

But last week, CAMS reported that the "unprecedented 2020 northern hemisphere #OzoneHole has come to an end." The group said that a strong polar vortex had kept ozone gas from entering the atmosphere has slackened.

"Actually, COVID19 and the associated lockdowns probably had nothing to do with this," the group tweeted Sunday.

The unprecedented 2020 northern hemisphere #OzoneHole has come to an end. The #PolarVortex split, allowing #ozone-rich air into the Arctic, closely matching last week's forecast from the #CopernicusAtmosphere Monitoring Service.