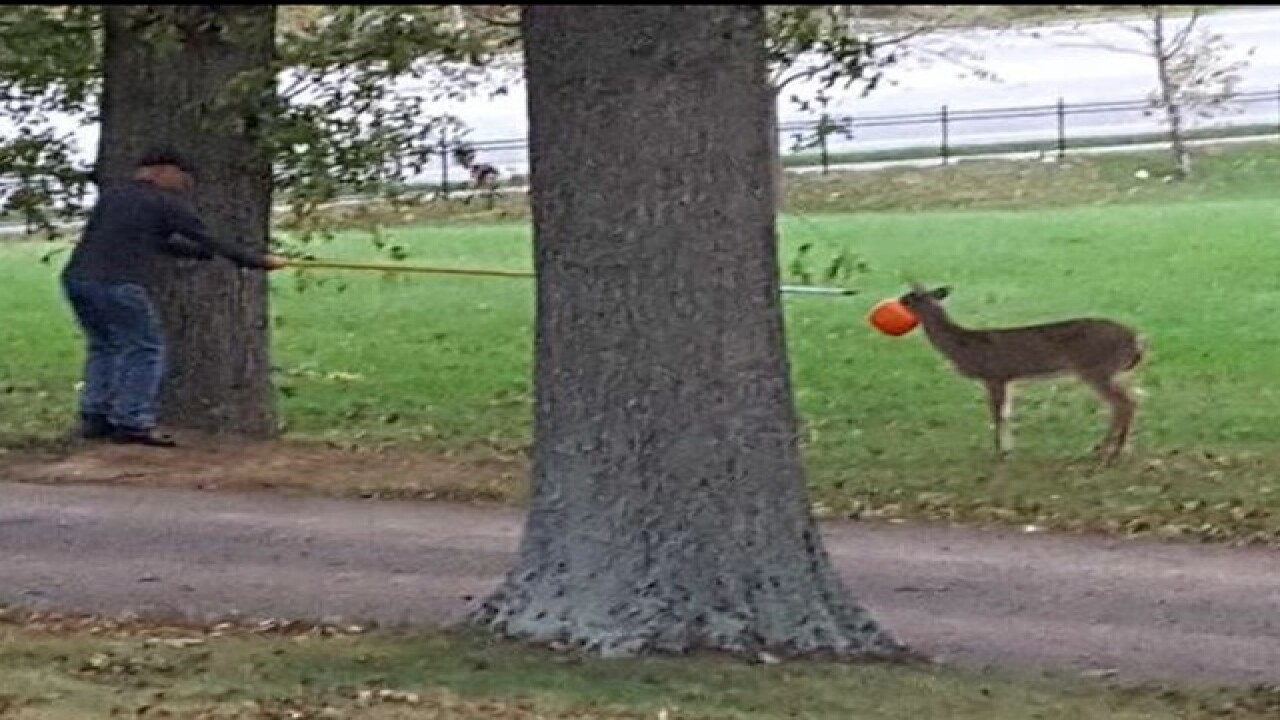 Copyright 2017 Scripps Media, Inc. All rights reserved. This material may not be published, broadcast, rewritten, or redistributed.
<p>A deer with her face stuck in a pumpkin was rescued by neighbors in Anderson Township. Photo provided by Daryl Meyerrenke.</p> 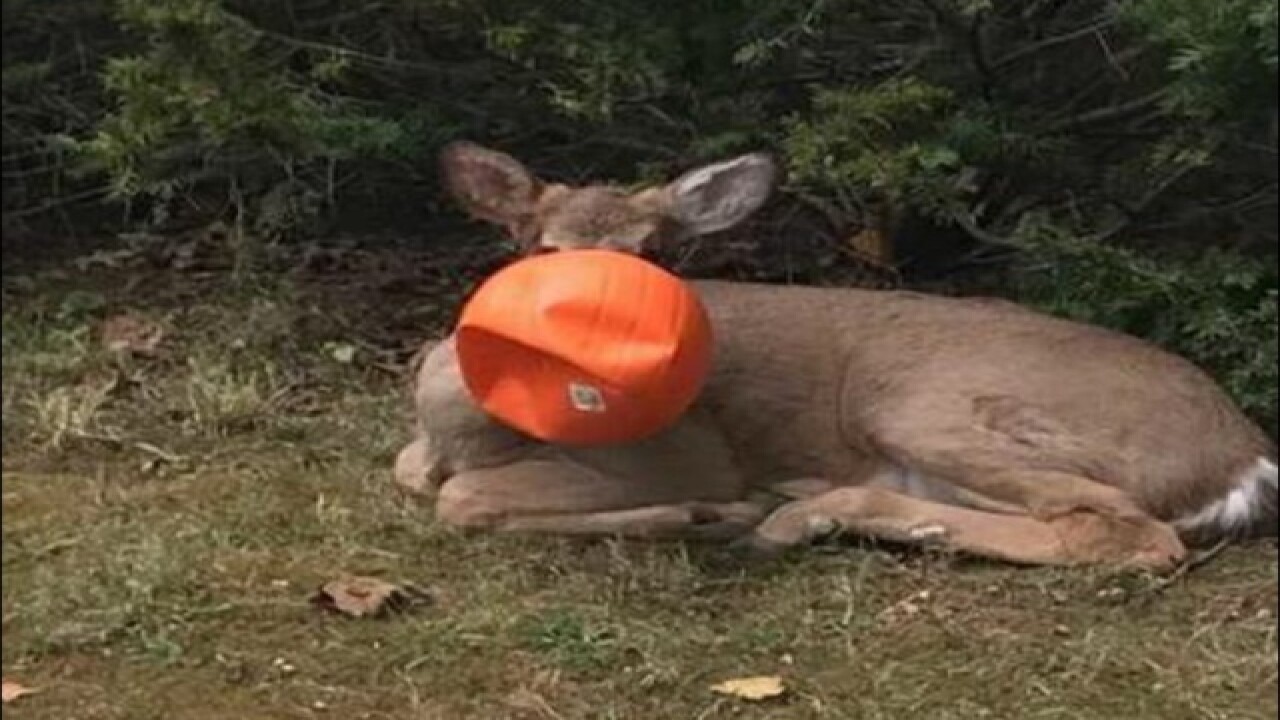 ANDERSON TOWNSHIP, Ohio -- Neighbors in a Cincinnati suburb spent much of their weekend tracking a deer who found herself trapped in a plastic trick-or-treating pumpkin bucket.

Over the course of four days, Daryl Meyerrenke said he received multiple calls at Anderson Township Family Pet Center with questions about the deer and what someone should do if they encounter the deer. Callers reported a "full-size deer...seen running around Anderson Township with a child's plastic pumpkin literally stuck on her nose," Meyerrenke wrote in an email to WCPO.

Meyerrenke said an attempt to rescue the deer would be dangerous, but "despite the danger, these determined residents were able to converge on the deer after following it up and down hills for many hours."

Meyerrenke said one man told him his Fit Bit logged four miles of foot travel during the search.

Eventually, neighbors "encircled the deer" with catch poles and tightened the circle until "the deer had no way out but to try and break (through) the human line."

When the deer was finally freed -- by Meyerrenke's son, Aaron -- she immediately ran to a creek to drink water and graze.

Staci Grant of Peppermint Pig Rescue, as well as her husband, Joe, and daughter, Hallie, were also involved in the search. Also involved were Dave and Wendy Saylor, Dan Earls, Suzie Peck, Ethan and Kala O'Brien, Nick Barker and "many other residents," according to Meyerrenke. Bonnie Morrison from Second Chance Wildlife Rescue also brought equipment that eventually led to the deer's rescue.

Meyerrenke's business is collecting donations for Second Chance Wildlife Rescue "to recognize the great work they do" with a donation bucket -- the actual pumpkin stuck previously stuck on the deer's head -- at the Anderson Township Family Pet Center.