Obama spends Christmas with the Marines 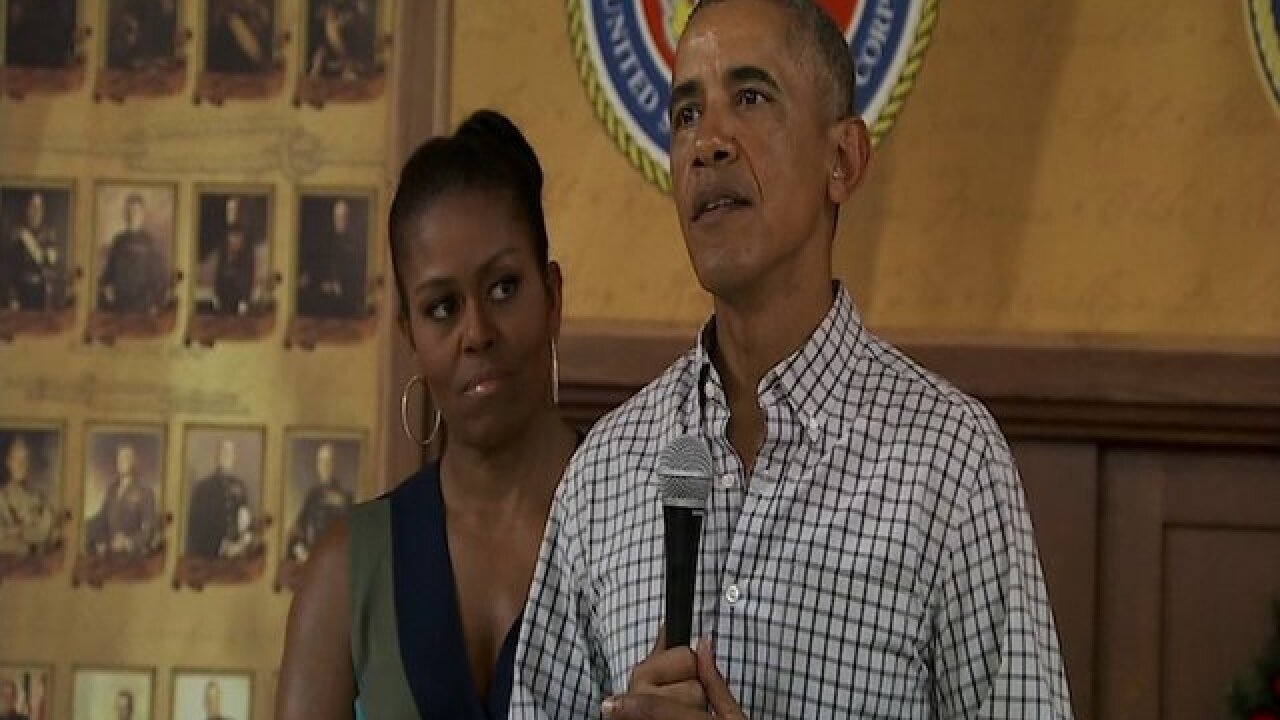 HONOLULU, Hawaii (CNN) -- President Barack Obama spent his last Christmas in office thanking troops and their families for their service at Marine Corps Base Hawaii, an annual tradition for the President and First Lady Michelle Obama who also visited with troops.

"Although this will be my last time addressing you as President, I want you to know that, as a citizen, my gratitude will remain and our commitment to standing by you every step of the way -- that won't stop," Obama told the service members.

The President added that it was "impossible" to fully repay the service members and their families for their sacrifices but said it was at least "important to hear from us that what you do matters, and that we know about it, and that we're grateful."

On Christmas Eve, Obama spoke on the phone with US service members including some stationed overseas in Iraq and Afghanistan.

He said he made the call "to remind them that, as tough as it is to be deployed, the people here in America, back home, understand that every single day that you're serving, you're fighting for our freedom and fighting to keep us safe and fighting to maintain our way of life."

Obama told the service members that he looks forward to seeing them for "many years to come," joking that he'll still be able to use the gym on the base and the golf course as ex-President.

Since arriving in Hawaii on December 16, Obama has visited the Marine Corps Base almost every day, either to use the gym or the golf course.