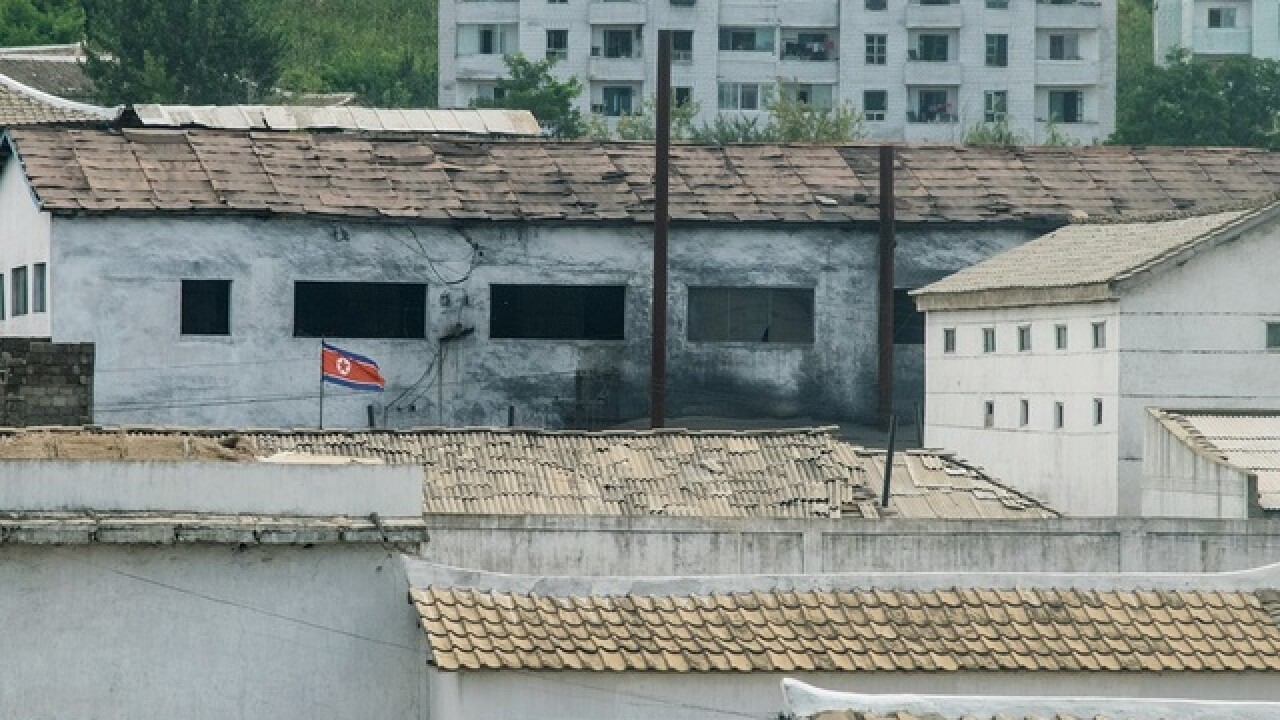 Copyright 2017 Scripps Media, Inc. All rights reserved. This material may not be published, broadcast, rewritten, or redistributed.
Getty Images

(CNN) -- Satellite imagery shows increased activity at a major North Korean nuclear site, according to a new report.
Monitoring project 38 North said evidence suggested Pyongyang may be preparing to resume operations at a plutonium production reactor at the Yongbyon Nuclear Scientific Research Center 90 kilometers (55 miles) north of the capital.
"Stepped-up activities throughout the Yongbyon Nuclear Scientific Research Center indicate that it is operating at a level somewhat above what has been observed during the past five years," the report said.
"The exact implications of that activity remain unclear except to reaffirm that the Yongbyon facility remains the center of North Korea's nuclear program."
Nuclear activity
At the heart of the Yongbyon complex is a 5 MWe experimental nuclear reactor, at which operations had been suspended since late-2015, according to 38 North.
"Throughout the previous four months, there has been a continued presence of vehicles at and around the 5 MWe reactor suggesting either ongoing maintenance, refueling or preparations for renewed operations," the report said.
Satellite images show no snow on the roofs of the reactor buildings, while others are covered. "This indicates that the 5 MWe reactor and its support buildings are occupied and at least minimally heated."
Channels leading from the reactor's cooling cisterns have also been dredged and cleared of ice, though there was no indication that they were currently in use, the report said.
"Taken as a whole, these activities suggest preparations to resume operation of the 5 MWe reactor," the authors conclude.
Message to Trump?
There has been much speculation over what, if any, action North Korea will take around the upcoming inauguration of US President Donald Trump on January 20.
In his New Year's speech, North Korean dictator Kim Jong Un said the country was close to testing an intercontinental ballistic missile (ICBM) capable of delivering a nuclear weapon to the US mainland.
A statement last week, released by the North Korean Foreign Ministry, seemed to offer an avenue to Trump for future negotiations, saying any future US leader "would be well advised to secure a new way of thinking."
John Delury, associate professor of international studies at Yonsei University said the statement was "definitely a message to the Trump transition team" not to follow the current administration's tactic of imposing international sanctions on Pyongyang.
If North Korea is hoping for a sit down meeting with Trump, as some analysts have argued, it's "logical to assume" Kim will want to test an ICBM as soon as possible to strengthen his hand, said Tal Inbar, a North Korea expert at the Fisher Institute for Air and Space Strategic Studies.
Ready to talk?
Just before the start of President Barack Obama's first term, six-party talks involving North Korea and the US over Pyongyang's nuclear program broke down, and relations between the two countries have worsened considerably during Obama's two terms.
Should the parties return to the negotiating table, Kim's side will be in a considerably stronger position than during previous talks.
"During the 1990s and early 2000s, (North Korea) was willing to trade away significant elements of its nuclear program for various concessions at different times," Shane Smith, a senior research fellow at the US National Defense University, wrote in a report last year on Pyongyang's changing nuclear strategy.
"However, those days appear to be gone for the foreseeable future."
North Korea conducted its second nuclear test early during Obama's first term, and its third just a month into his second. Early last year, Pyongyang said it had successfully conducted a hydrogen bomb test.
The-CNN-Wire
™ & © 2017 Cable News Network, Inc., a Time Warner Company. All rights reserved.
Copyright 2017 Scripps Media, Inc. All rights reserved. This material may not be published, broadcast, rewritten, or redistributed.