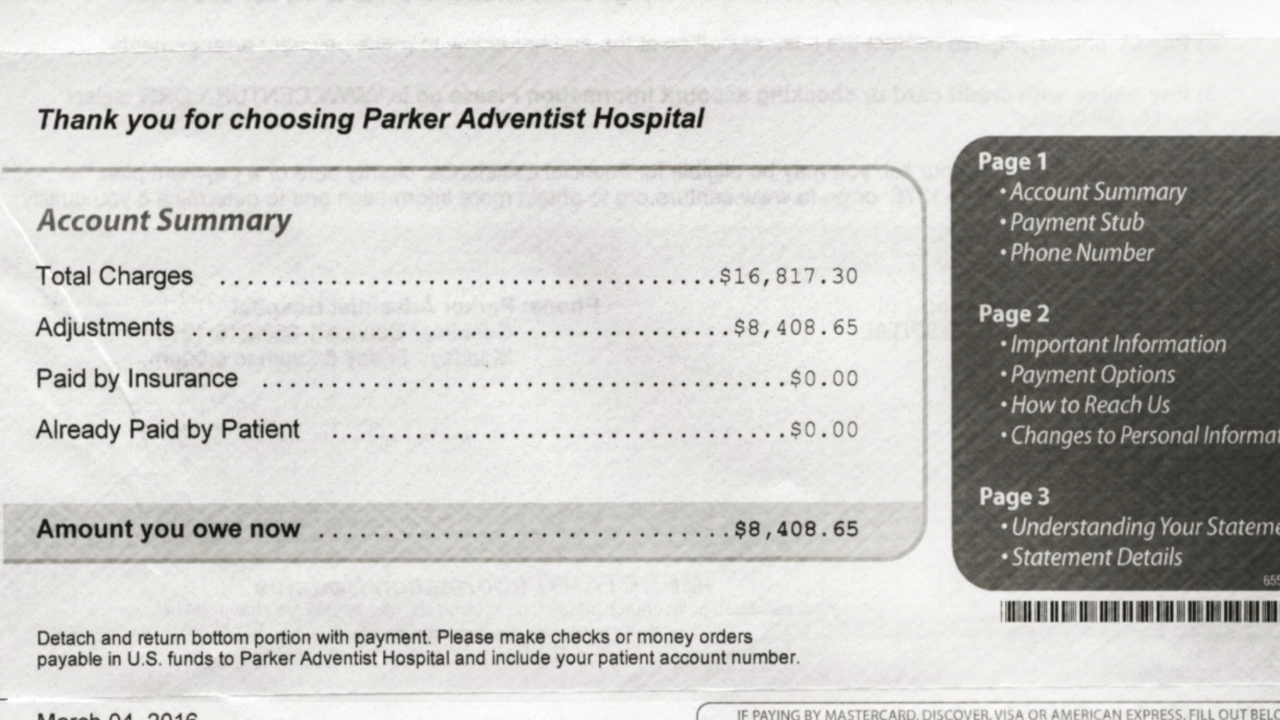 It's the kind of situation nobody wants to be in: getting sick unexpectedly and left with a hefty hospital bill to pay.

But it's a situation Jamesia Shutt is all too familiar with. Three years ago, Shutt got sick and went to the emergency room in the middle of the night.

"They did some X-rays, some morphine, gave me an antibiotic and sent me home in like two hours maybe,” Shutt recalls of the visit. “You have pneumonia, go home."

That two-hour visit to the ER turned out be quite expensive.

"My thought is well, I'm not a doctor or a medical person, so I’m trusting this cost, whatever they say it's going to cost," she says.

It’s a problem that David Silverstein, the founder of the non-profit group Broken Healthcare, sees it all the time.

"Imagine if you and I went to a restaurant and we sat down at the same table at the same time with the same waiter and we're given the same menu with different prices on it, how would that make you feel? Well, this happens in healthcare every day," Silverstein says.

Silverstein has been fighting to make sure patients aren't hit with what are called “surprise bills.”

"The number one thing is ask a lot of questions and don't get frustrated by the answers,” he says. “As a consumer, you have rights. If they say they don't know, say that's not good enough."

Silverstein says ask questions to find out if anyone doing the procedure is out of your insurance network.

The issue with that is those prices are listed without factoring in insurance, which complicates things even more.

"It does not help 99 percent of the population, but it's a step in the right direction,” Silverstein says. “We need transparency from both the providers and the insurance carriers.”

When the president held this meeting last month, both Silverstein and Shutt were by his side, because they know the problem firsthand.

"To have the president ask what happened and why do you have this medical bill was pretty incredible," Shutt says.

"It is a game and Americans need to learn the rules of the game, and they need to learn their rights and play the game to win until such time our government officials do the right thing and change the rules, so we don't have to play this sleazy game anymore," Silverstein says.