NOAA: Historic, widespread flooding will continue through May 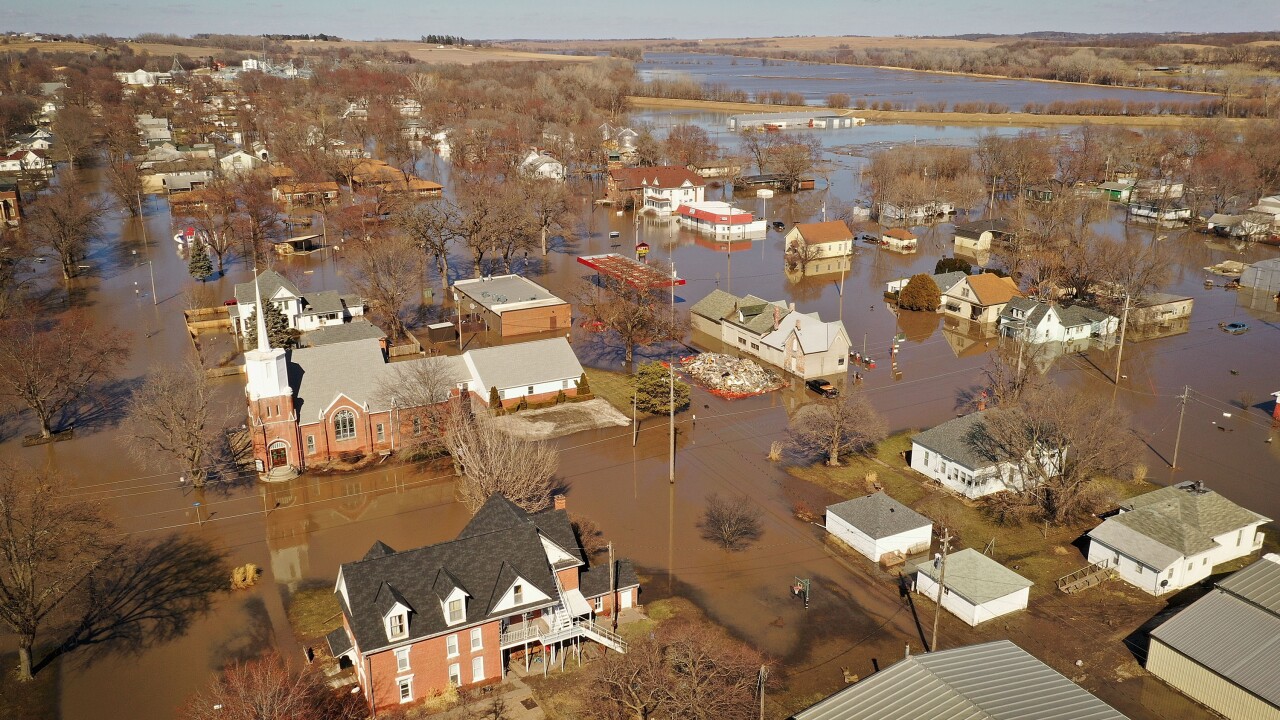 The spring flood outlook is not good news for those already devastated by flooding in the Midwest and down the Mississippi River.

The outlook, released Thursday by the US National Oceanic and Atmospheric Administration (NOAA), calls for nearly two-thirds of the lower 48 states to face an elevated risk of flooding through May, with the potential for major to moderate flooding in 25 states across the Great Plains, Midwest and down through the Mississippi River valley.

"The flooding this year could be worse than what we have seen in previous years ... even worse than the historic floods we saw in 1993 and 2011," said Mary Erickson, deputy director of the National Weather Service.

The warning comes amid record flooding triggered by a sudden warm-up and heavy rains earlier this month brought on by the "bomb cyclone." Combined with rapid snowmelt, the factors in recent weeks have put many places in the Great Plains and Midwest underwater.

As this excess water flows downstream through river basins, the flood threat will impact more regions and could get worse, NOAA said in its outlook.

Eastern third of US due to see above-average temps

Along with the flood outlook, NOAA issued its prediction for spring weather conditions, which also outlines temperature and precipitation, as well as drought potential for April through June.

NOAA calls for above-average precipitation during the period for most of the continental United States, heightening flood concerns in many locations.

The only portion of the country expected to see below-average precipitation is the Pacific Northwestern states of Washington and Oregon.

The outlook is not a day-to-day "forecast," per se, but rather a general expectation of average weather patterns. NOAA intends for the information to help communities make timely preparations for floods, droughts and extreme temperatures.