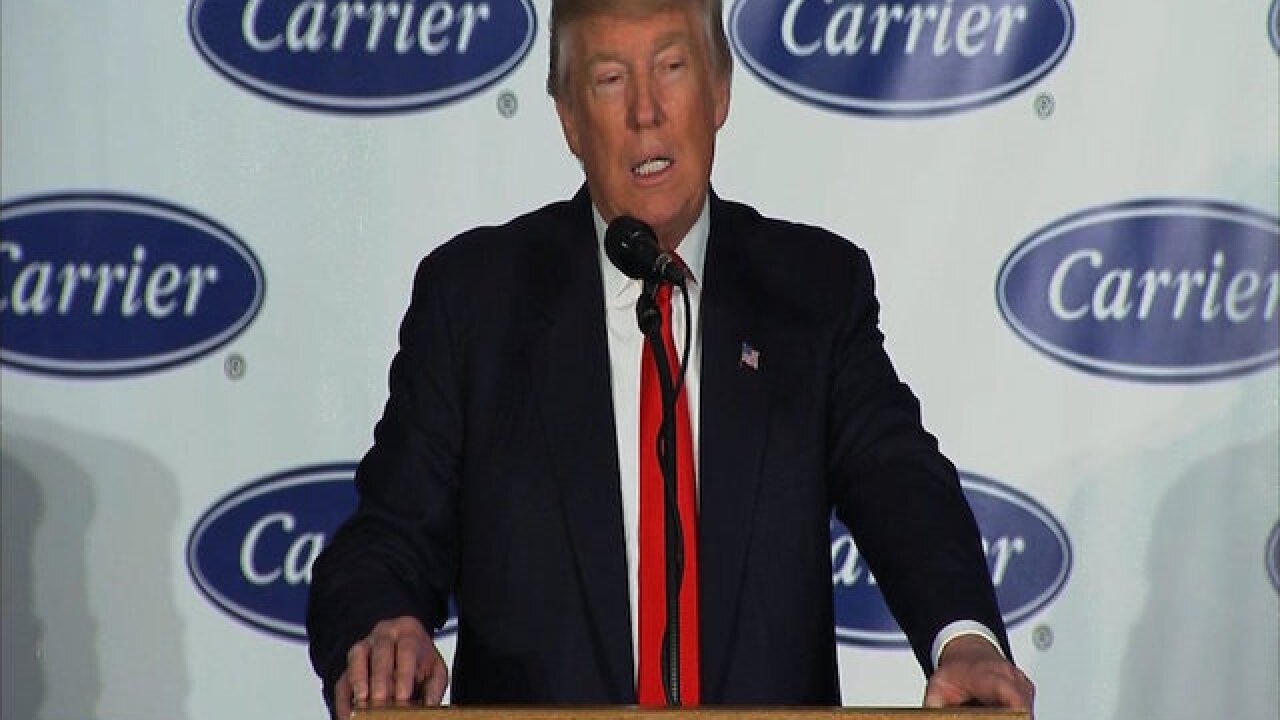 CNN
POOL
<p>Donald Trump praised Carrier for keeping over 1,000 jobs in the U.S. -- and threatened other companies that might consider leaving the country.</p>

NEW YORK (CNNMoney) -- New York Mayor Bill de Blasio will announce Monday that he is asking Congress and Donald Trump for $35 million to cover the cost of protecting the president elect until the inauguration, according to a person familiar with the plan.

The announcement is expected to come during an unrelated news conference at 10 a.m.

The cost of protecting Trump won't necessarily drop significantly once he moves to the White House, since Melania Trump and the couple's 10-year-old son Barron expect to stay at their Trump Tower home in midtown Manhattan until at least the end of the school year.

Donald Trump has also indicated he plans to return home regularly, especially while his wife and child are still there.

At a press conference in November, de Blasio said the city would need help with the security costs, particularly police overtime.

"This is a very substantial undertaking. It will take substantial resources," he said at the time. "We will begin the conversation with the federal government shortly on reimbursement for the NYPD for some of the costs that we are incurring."

While primary responsibility for the protection of the president, or president-elect, rests with the Secret Service, local law enforcement is charged with assisting them, particularly in controlling movements of the general public.

Every president is required to have local law enforcement protection when they return home during their tenures, but the cost associated with Trump are particularly expensive: He lives in the most densely-populated neighborhood of the nation's biggest city.

-- CNNMoney's Chris Isidore and Shimon Prokupecz contributed to this story.