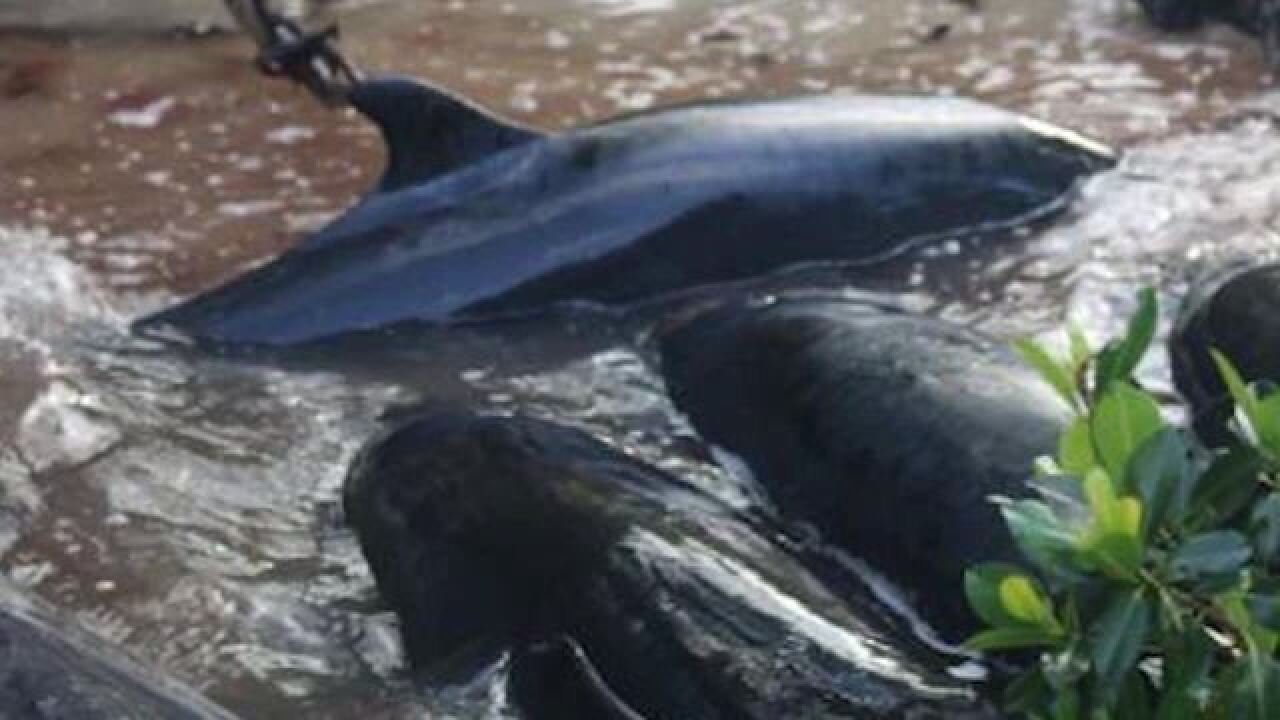 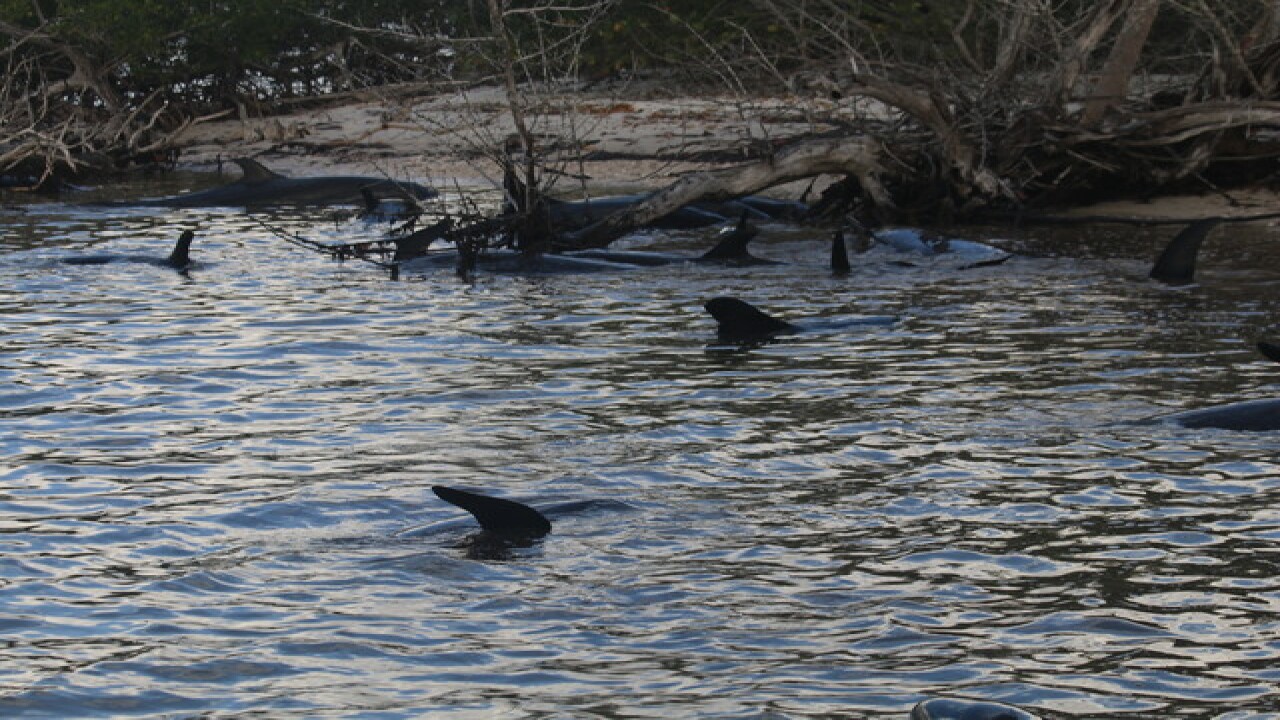 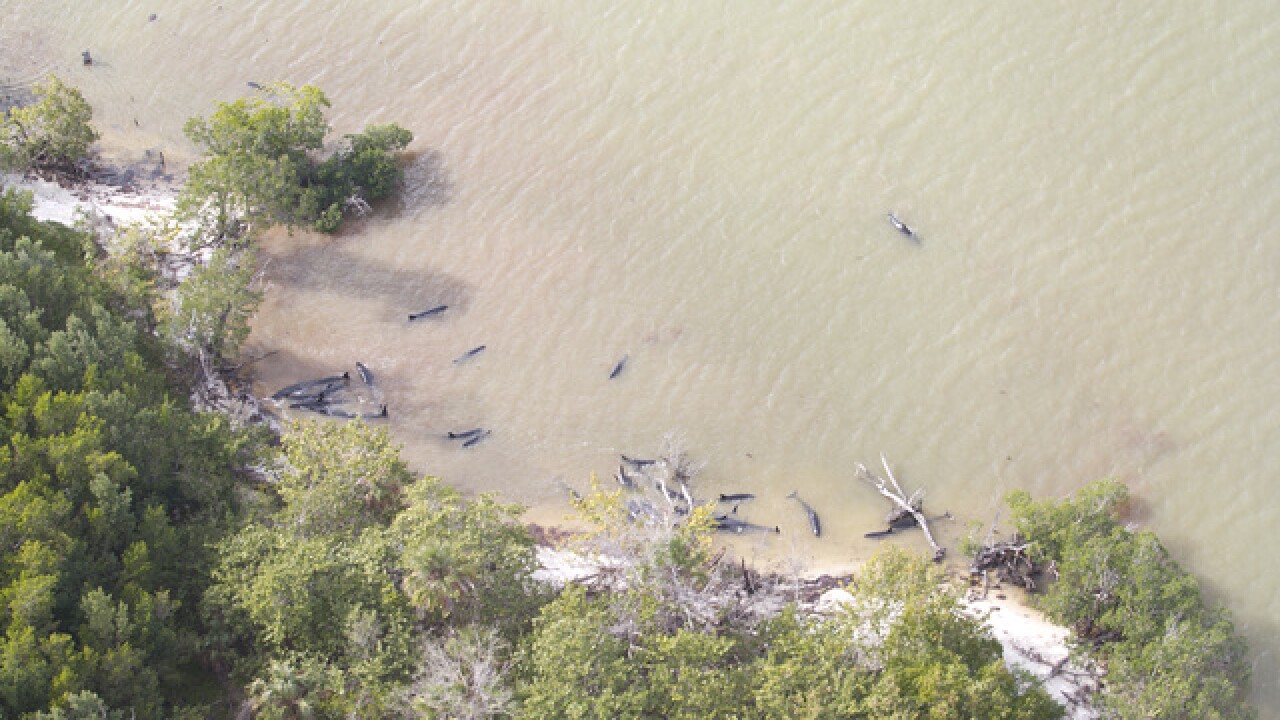 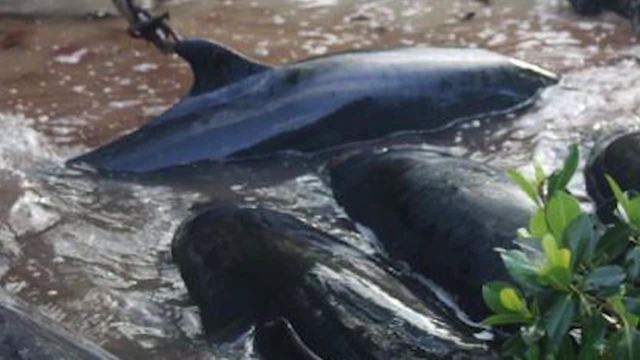 The false killer whales, a type of dolphin, were stranded off of Hog Key in Everglades National Park on Saturday.

It is not yet clear what caused the pod to strand themselves. A marine biologist at the Bailey-Mathew's National Shell Museum said the dolphins may have gotten lost in the maze of mangroves in the national park.

"Down in that area in Everglades National Park it's very shallow; very easily for even a human to get lost navigating through those waters," said marine biologist Stefanie Wolf.

NOAA officials said many of the dolphins became entangled in thick mangroves. Wolf said it may have interfered with their ability to use echolocation to navigate the shallow waters.

"They use echolocation for navigation and so they very easily, and gently scoping coastlines, can have problems with their navigation," said Wolf. "It could have been that the family group was disoriented and that's why they ended up on the beach there and stranded," said Wolf.

A necropsy will be conducted to help determine the cause of the stranding. As of Monday afternoon, the area of the park where the stranding occurred was closed.