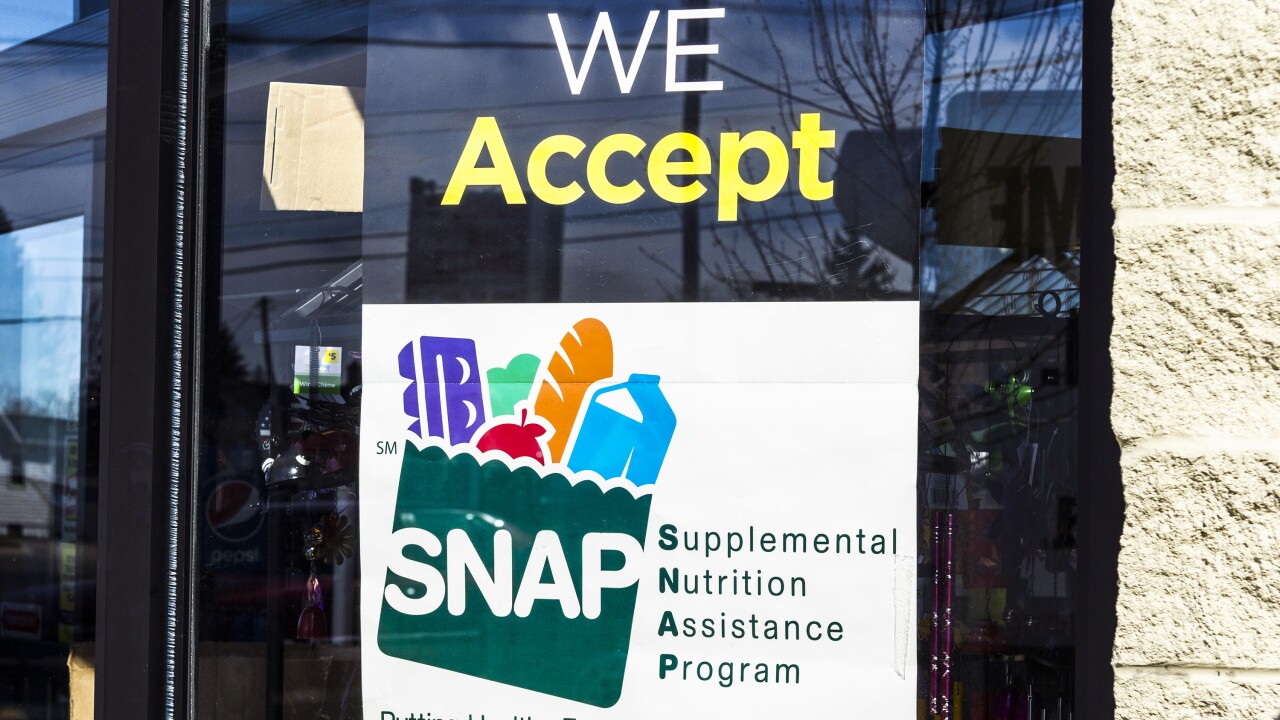 The new requirement limits states' ability to waive existing work mandates and could result in 688,000 people losing assistance, according to the US Department of Agriculture.

The move is one of three Trump administration efforts to overhaul the Supplemental Nutrition Assistance Program, or SNAP, as the food stamp program is formally known.

Another proposed regulation, which would tighten the rules governing who qualifies for aid , could end up stripping more than 3 million people of their benefits and leave nearly 500,000 children without access to free school meals. The third proposal would change how allowances for utility expenses are calculated, which would have a mixed impact. The agency is still working on the latter two proposals.

All together, the proposed regulations would have decreased the number of people on food stamps by 3.7 million had they been implemented last year, according to an Urban Institute report issued last month. More than 36 million Americans currently receive SNAP benefits.

Under the proposed version of the work requirement rule, the USDA had estimated that about 750,000 recipients would lose benefits. It wasn't immediately clear why the final rule is expected to affect fewer people.

The final rule is the administration's latest initiative to impose work requirements in government assistance programs. Last year, in an unprecedented move, it started allowing states to mandate that Medicaid recipients find employment. That effort has largely been stymied by a federal district court judge, who has halted it in three states.

The food stamp program, however, already requires non-disabled, working-age adults without dependents to have jobs. They can only receive benefits for three months out of every 36-month period unless they are working or participating in training programs 20 hours a week.

There were 2.9 million of these recipients in 2018 and nearly 74% of them were not employed, according to the agency.

Currently, states can waive the work requirement for areas where unemployment is at least 10% or there is an insufficient number of jobs, as defined by the Department of Labor.

The new rule would make it harder for states to receive those waivers by tightening the definition of areas where there are insufficient jobs, narrowing the geographic areas of waivers and limiting their duration, among other provisions.

"Now, in the midst of the strongest economy in a generation, we need everyone who can work, to work," said Secretary of Agriculture Sonny Perdue, citing the low 3.6% national unemployment rate. "This rule lays the groundwork for the expectation that able-bodied Americans re-enter the workforce where there are currently more job openings than people to fill them."

It's expected to save $5.5 billion over five years, according to the agency.

Critics lashed out at the administration, saying it would leave more struggling Americans hungry.

"This is an unacceptable escalation of the administration's war on working families, and it comes during a time when too many are forced to stretch already-thin budgets to make ends meet," said Ohio Rep. Marcia Fudge, a Democrat and chair of the House Agriculture Subcommittee on Nutrition, Oversight, and Department Operations.

The recipients affected by the new rule are among the poorest of the poor, with an average income of just 18% of the poverty line, or about $2,250 a year, said Robert Greenstein, president of the left-leaning Center on Budget and Policy Priorities. They receive about $165 in food stamps a month.

The rule will also hamper states' ability to respond to economic downturns because it requires states use historical unemployment data. Plus, fewer areas will qualify for waivers during widespread, national recessions, according to the center.

"This will limit a core strength of SNAP -- its responsiveness to changes in economic conditions so that individuals who lose their source of income can quickly qualify for temporary food assistance," Greenstein said.