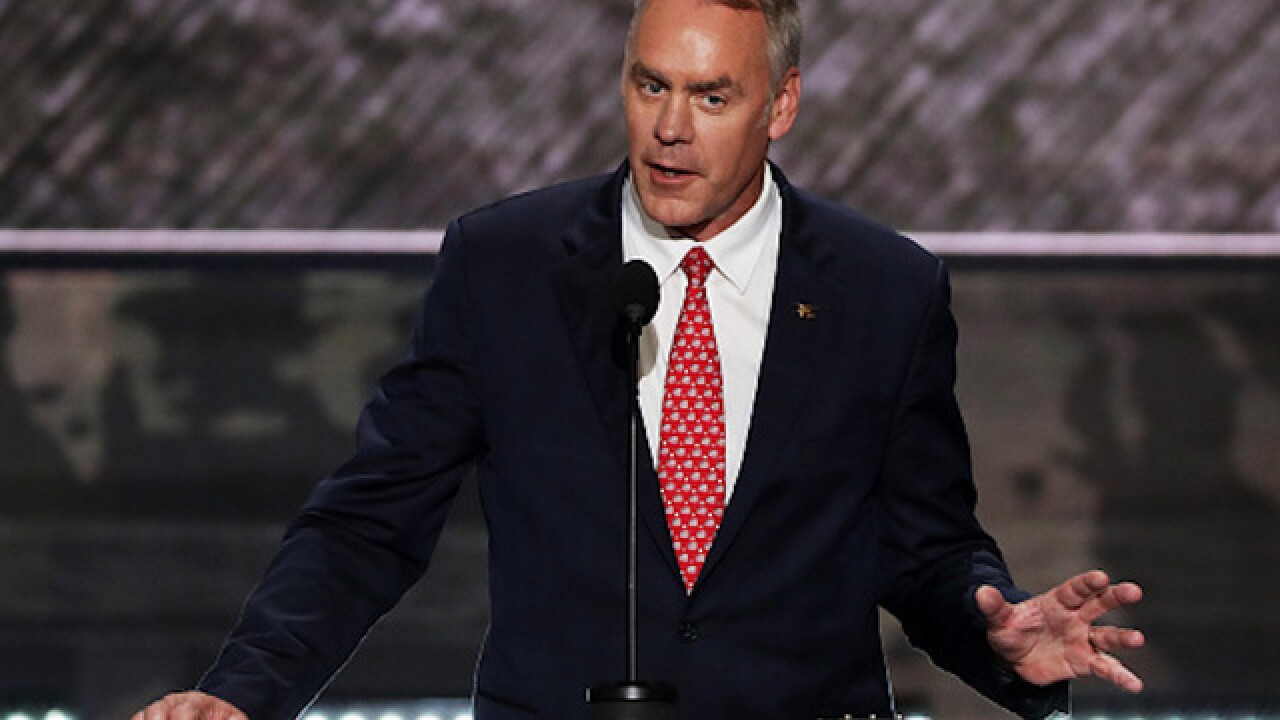 Alex Wong
<p>CLEVELAND, OH - JULY 18: U.S. Representative Ryan Zinke delivers a speech on the first day of the Republican National Convention on July 18, 2016 at the Quicken Loans Arena in Cleveland, Ohio. An estimated 50,000 people are expected in Cleveland, including hundreds of protesters and members of the media. The four-day Republican National Convention kicks off on July 18. (Photo by Alex Wong/Getty Images)</p>

Zinke, a 55-year-old ex-Navy SEAL commander and recipient of two Bronze Stars for combat missions in Iraq, was a Trump supporter.

He's also faced criticism from environmental and conservation groups since joining the House in 2015.

In the House, Zinke is a member of the Armed Services and Natural Resources committees.

His selection is major political break for Democrats. Zinke was the top Republican prospect to challenge Sen. Jon Tester in 2018, and his removal from the race would substantially improve Democrats' chances of holding the seat in the midterms.

Zinke met with the President-elect at Trump Tower on Monday.

"President-elect Donald Trump and I had a very positive meeting where we discussed a wide range of Montana priorities," Zinke told The Billings Gazette in a statement afterward. "We are both very hopeful for the future."

"Congressman Zinke is a strong advocate for American energy independence. And he supports an all-encompassing energy policy that includes renewable, fossil fuels and alternative energy," Miller said. "Additionally, Congressman Zinke believes we need to find a way to cut through bureaucracy to ensure our nation's parks, forests, and other public areas are properly maintained and used effectively."