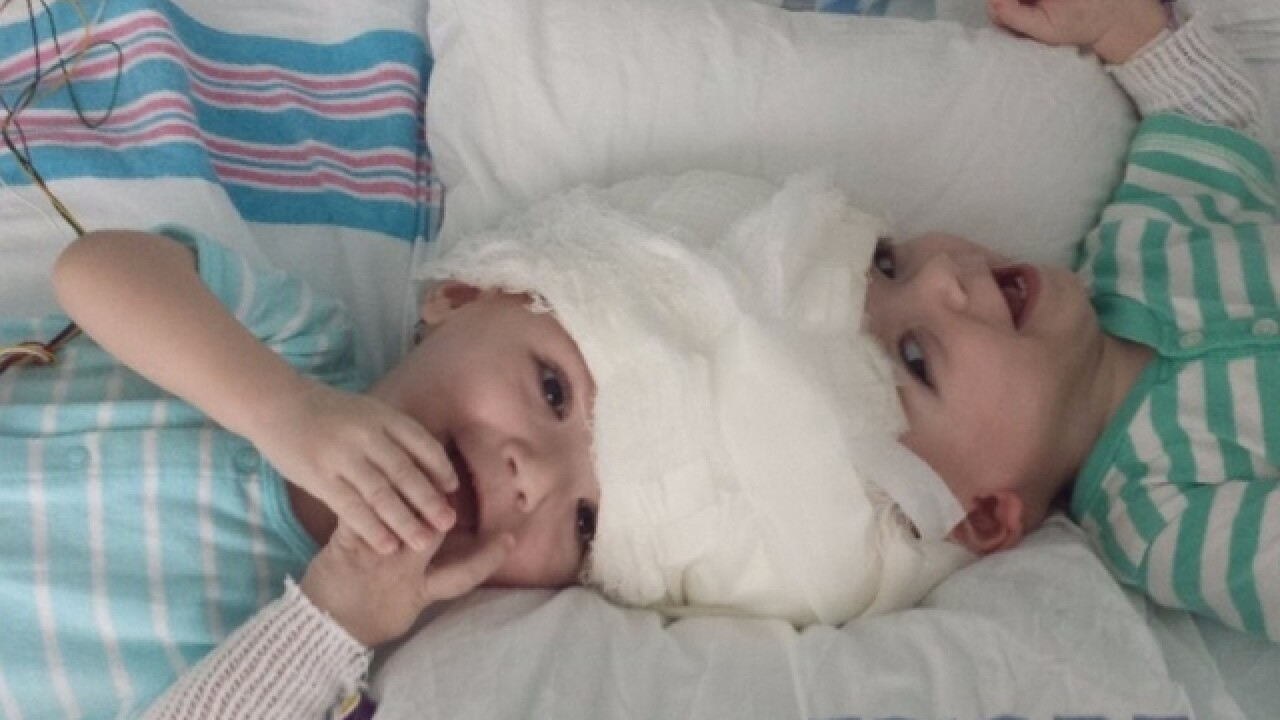 A mother held one of her previously conjoined twins for the first time.

Nicole McDonald's twin sons Jadon and Anias underwent a 27-hour surgery a week ago after the two were conjoined at the head.

Nicole told CNN holding her son was "one of the most profound moments of my life."

The breathing tube was removed from Jadon and Nicole could hold him for two hour, CNN reported. Anias had suffered seizures since the surgery. Though he could not be held yet, he is expected to recover.

The operation was led by Dr. James Goodrich at the Children's Hospital at Montefiore Medical Center in the Bronx, New York.