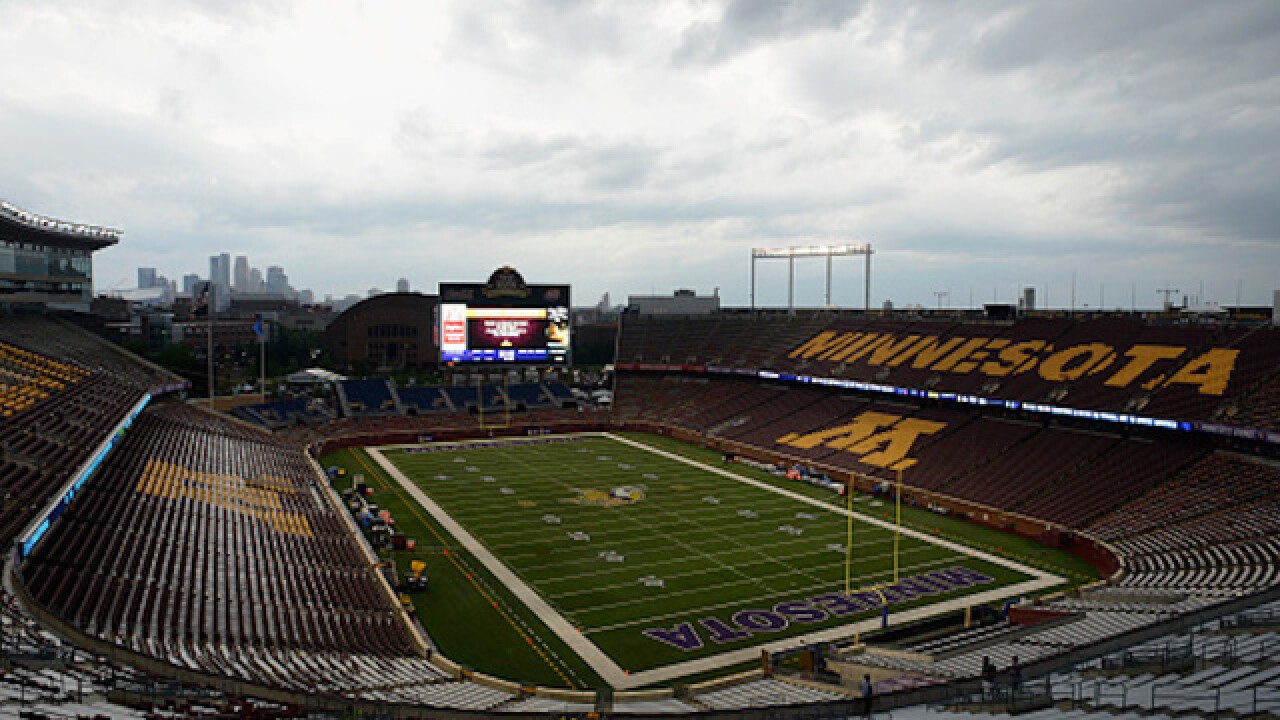 Hannah Foslien
<p>MINNEAPOLIS, MN - AUGUST 22: Fans and players were asked to seek shelter due to severe weather in the area before the preseason game between the Minnesota Vikings and the Oakland Raiders on August 22, 2015 at TCF Bank Stadium in Minneapolis, Minnesota. (Photo by Hannah Foslien/Getty Images)</p>

MINNEAPOLIS (AP) — The entire Minnesota football team says it is boycotting all football activities until it gets satisfactory answers from the university about the suspension of 10 players this week.

The team's players said Wednesday that have not ruled out skipping the Holiday Bowl on Dec. 27 against Washington State in San Diego. They asked the bowl's committee to be patient while they work through the situation.

The university announced the suspensions Tuesday night without disclosing why. The incident at an off-campus apartment in September led to three-game suspensions of four of the players earlier this season and now they are benched again along with six of their teammates.

Ray Buford Sr., the father of defensive back Ray Buford Jr., said the new suspensions resulted from an investigation by the university's Office of Equal Opportunity and Affirmative Action that was separate from earlier investigations into the alleged assault in the early hours of Sept. 3. He confirmed that an attorney for his son and other players planned to appeal.

Buford Jr., KiAnte Hardin, Dior Johnson and Tamarion Johnson were suspended for three games when their names came up in the police investigation. A restraining order filed by a woman who made the allegations prevented the players from being at TCF Bank Stadium on game days because she was involved in game-day operations. But the players were not arrested, prosecutors decided not to press charges and the players returned to the team. The restraining order was lifted after a settlement on Nov. 2.

The other six players are defensive backs Antonio Shenault and Antoine Winfield Jr., running backs Carlton Djam and Kobe McCrary, and quarterbacks Seth Green and Mark Williams. Hardin and Winfield are starters and Buford and Shenault are key reserves.

According to police records released Wednesday, the woman told police she was drunk when she was sexually assaulted in Djam's apartment by several men, including some of the suspended players. She said her sexual contact with two men may have been consensual, but her contact with four of them was not. Several players told police it was consensual.