Minnesota governor back at podium a day after collapse 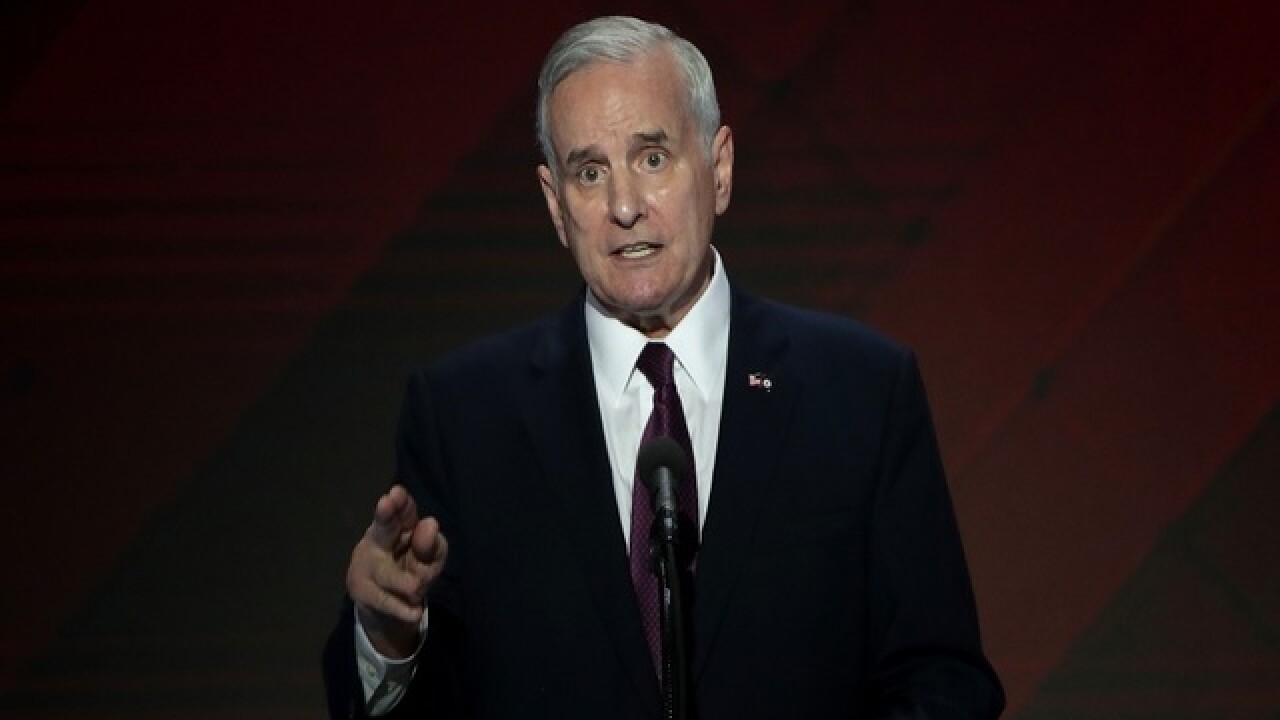 Copyright 2017 Scripps Media, Inc. All rights reserved. This material may not be published, broadcast, rewritten, or redistributed.
Alex Wong

(CNN) -- Minnesota Gov. Mark Dayton has been diagnosed with prostate cancer and will undergo either radiation or surgery for treatment, he announced Tuesday at the state Capitol.

Dayton revealed the information while taking questions from journalists following the state government budget proposal. They asked if a health condition caused him to collapse Monday while delivering the annual State of the State address.

"I will ... in the interest of full disclosure say that I learned last week -- I had a biopsy -- that I do have prostate cancer," he said.

Dayton, 69, said doctors say it appears the cancer has not extended beyond his prostate and he was optimistic he would recover. He planned to receive treatment at the Mayo Clinic.

"I know Secretary of State John Kerry had prostate surgery a few years ago and he's been flying all over the world so I don't expect this other than for a very short time to impede my performance and my responsibilities," he said.

Dayton said he didn't have a strong memory of collapsing Monday.

The governor was addressing lawmakers Monday night in St. Paul when he paused for a sip of water. He briefly resumed speaking -- touting the success of the Affordable Care Act and MNSure, the state's health care marketplace -- before he slumped onto the lectern.

Video of Monday's speech shows aides rushing to catch Dayton as he sinks toward the floor.

On Tuesday he recalled the experience.

"I started to think, 'I'm having problems here,' and it just came up on me before I could do anything about it. The speech was too long, I learned that lesson," he said to laughter.

EMTs performed a routine check of the governor at the Capitol and cleared him to leave, said Jaime Tincher, his chief of staff.

Officials from both sides of the aisle were quick to offer their support.

"He's a tough old bird," state Rep. Melissa Hortman told WCCO-TV. "As everybody in Minnesota knows, he's a former goalie, so he's suffered hits before and bounced back."

In a statement Monday, state House Speaker Kurt Daudt said, "Gov. Dayton is in my thoughts and prayers tonight. I was encouraged to see him walk from the House chamber on his own, and I join Minnesotans in wishing him a speedy recovery."