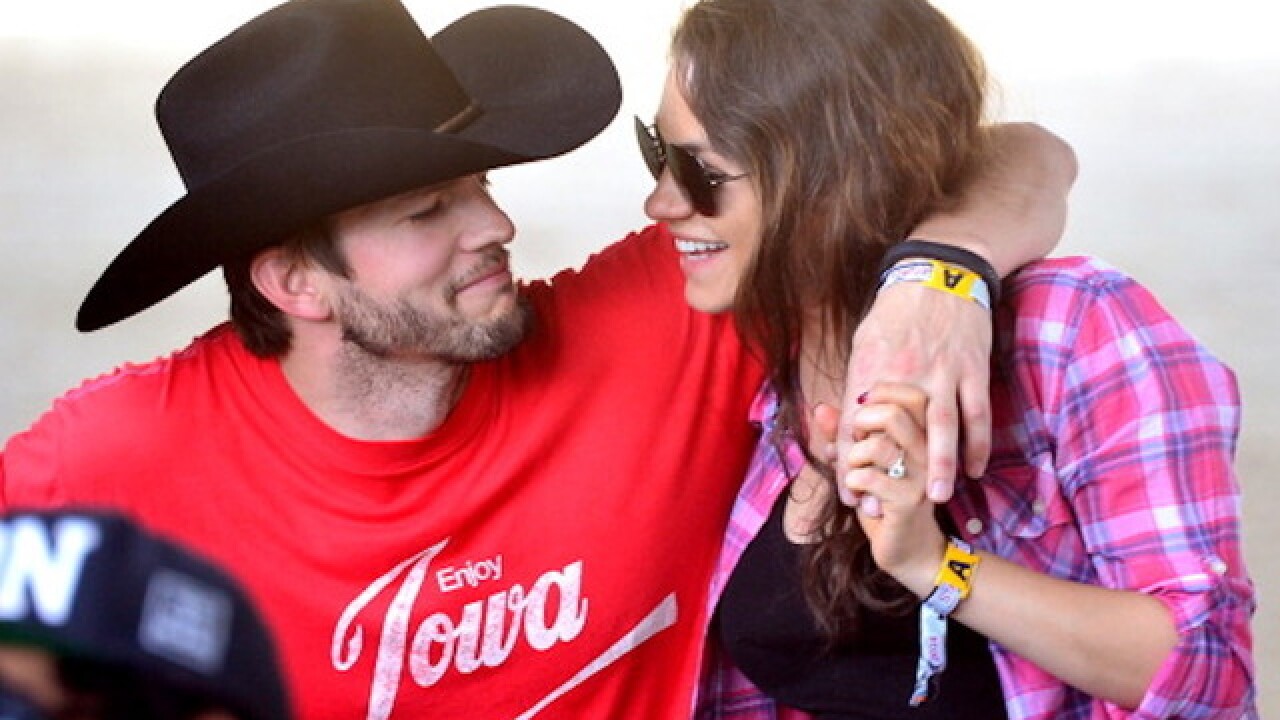 Dimitri Portwood Kutcher was born at 1:21 a.m. on November 30, weighing 8 pounds and 15 ounces, according to a statement posted on Kutcher's website.

This is the couple's second child. Together they also have a 2-year-old daughter, Wyatt Isabelle.

Kutcher revealed the sex of their baby in October on the "Today Show."

"[Wyatt] points to Mila and she's like, 'baby brother' when she points to the belly, and then she points to dad and she goes, 'Beer!' So I think she gets there's something in the belly but I don't quite think that she knows that it's not going to be a plastic doll yet," he said.

The former "That '70s Show" co-stars have had a whirlwind few years, getting engaged in February of 2014, having Wyatt Isabelle in October of that year, and then marrying over Fourth of July weekend in 2015.