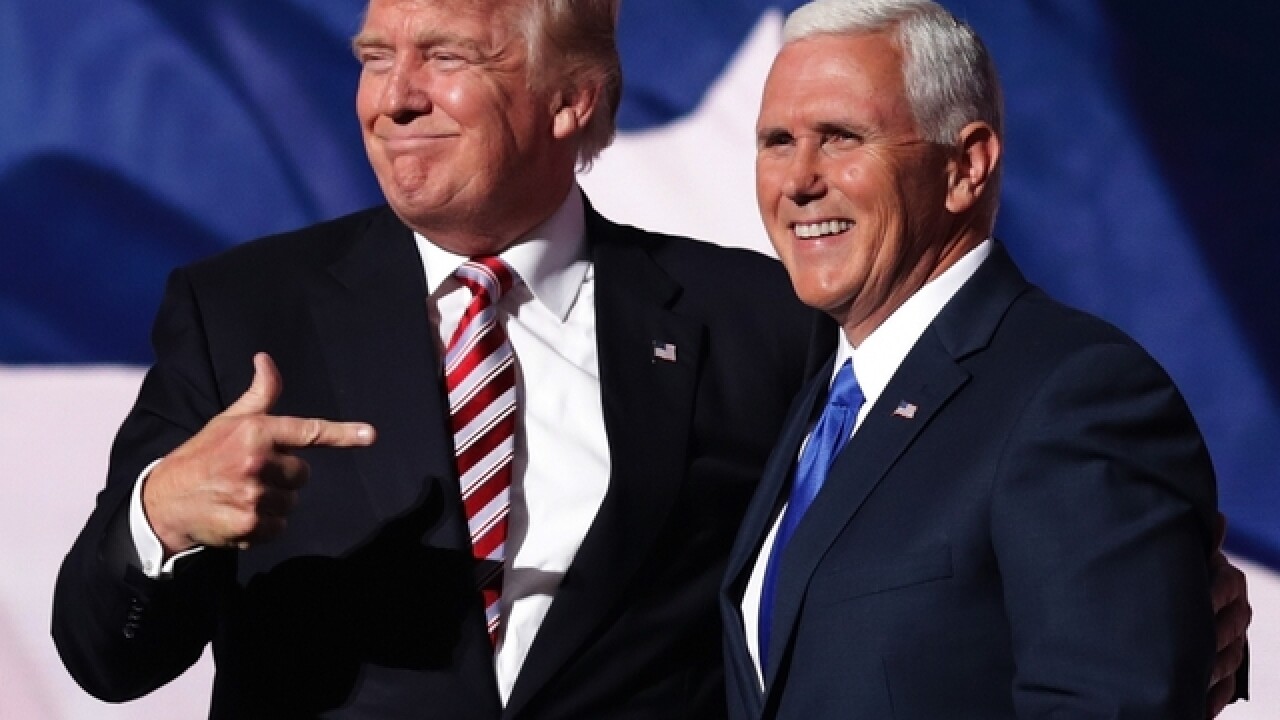 Pence says in a statement Saturday: "As a husband and a father, I was offended by the words and actions described by Donald Trump in the 11-year-old video released yesterday. I do not condone his remarks and cannot defend them. I am grateful that he has expressed remorse and apologized to the American people."

He continues: "We pray for his family and look forward to the opportunity he has to show what is in his heart when he goes before the nation tomorrow night."

Pence will not attend a scheduled campaign rally in Wisconsin with House Speaker Paul Ryan.

That's according to a GOP official with knowledge of Pence's plans who spoke to The Associated Press on condition of anonymity because he was not authorized to release such details.

Trump and Pence were both scheduled to attend Saturday's event, but Trump bailed out late Friday as bipartisan condemnation rained down on him over his recorded vulgarities toward women.

It was unclear whether Pence would attend a private fundraiser in Rhode Island later Saturday.