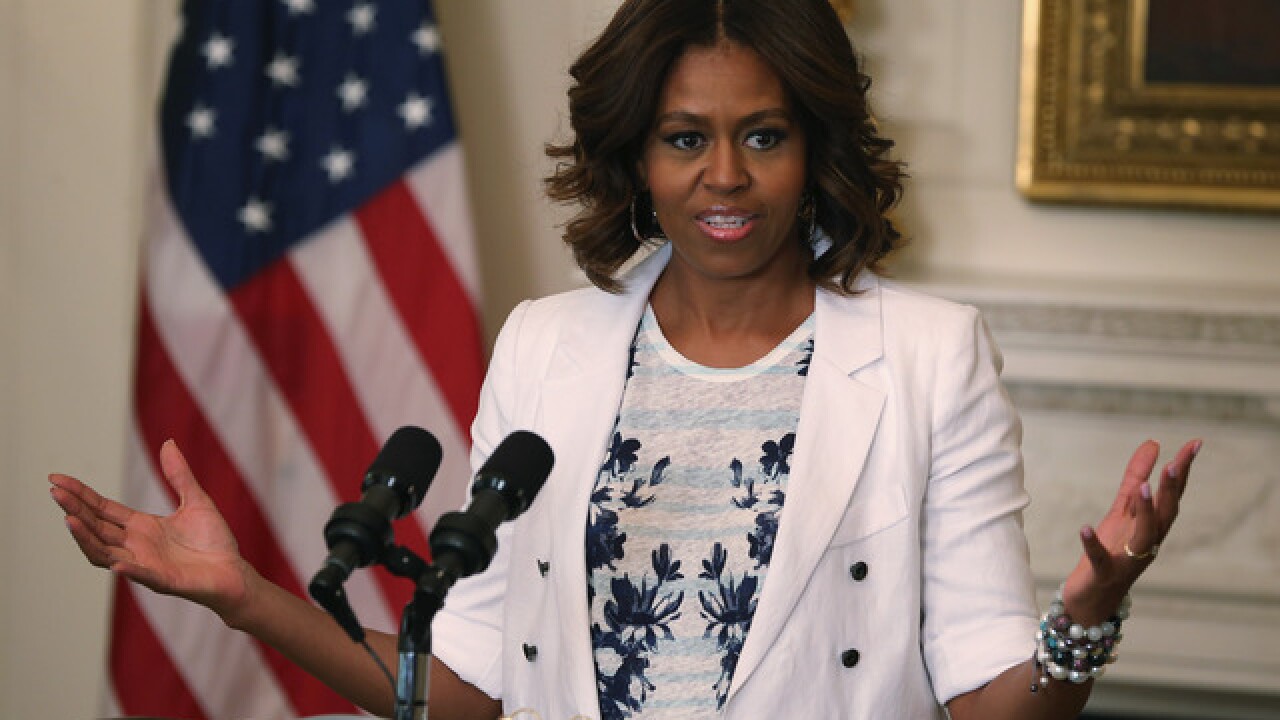 Copyright Getty Images
Mark Wilson
<p>MICHELLE OBAMA (Jan. 17, 1964) - The first lady turned 50 years old in January, three years after her mildly famous husband. Chicago born and raised, Mrs. Obama has made it her mission to fight the country's childhood obesity epidemic through programs like "Let's Move!" She's also been recognized as a fashion icon and <em>Men's Health</em> magazine named her one of <a href="http://www.menshealth.com/sex-women/hottest-first-ladies" target="_blank">"The Hottest First Ladies"</a> in a recent list.</p>

Former first lady Michelle Obama discusses her dislike of President Donald Trump — as well as personal details of her life before and during her time in the White House — in her highly anticipated memoir, "Becoming," The Washington Post reported Thursday.

Obama says she would "never forgive" Trump for the rumors he spread questioning the legitimacy of President Barack Obama's American birth certificate, which she said threatened her family's safety.

"The whole [birther] thing was crazy and mean-spirited, of course, its underlying bigotry and xenophobia hardly concealed. But it was also dangerous, deliberately meant to stir up the wingnuts and kooks," she writes, according to the Post, which obtained an early copy of the book. It will be released next Tuesday.

"What if someone with an unstable mind loaded a gun and drove to Washington? What if that person went looking for our girls?," she adds. "Donald Trump, with his loud and reckless innuendos, was putting my family's safety at risk. And for this I'd never forgive him."

"It was an expression of hatred that had generally been kept out of polite company, but still lived in the marrow of our supposedly enlightened society — alive and accepted enough that someone like Donald Trump could afford to be cavalier about it," she writes, according to the Post.

Obama also describes her private struggles and triumphs in the book, including her romance with her husband, their difficulties having children — including a miscarriage and that their daughters were conceived through in vitro fertilization — and her work to make the Office of the First Lady her own, the Post reports.

Shonda Rhimes, the producer behind the television shows "Grey's Anatomy" and "Scandal," praised the memoir as trailblazing yet relatable.

"I don't think anybody will be necessarily prepared to read a memoir like this — especially coming from a first lady," Rhimes told the Post, having read an advance copy of "Becoming."

Obama also reiterates that politics isn't for her, alluding to her previous dismissal of a potential 2020 presidential run.

"I've never been a fan of politics, and my experience over the last ten years has done little to change that," she writes according to the Post. "I continue to be put off by the nastiness."