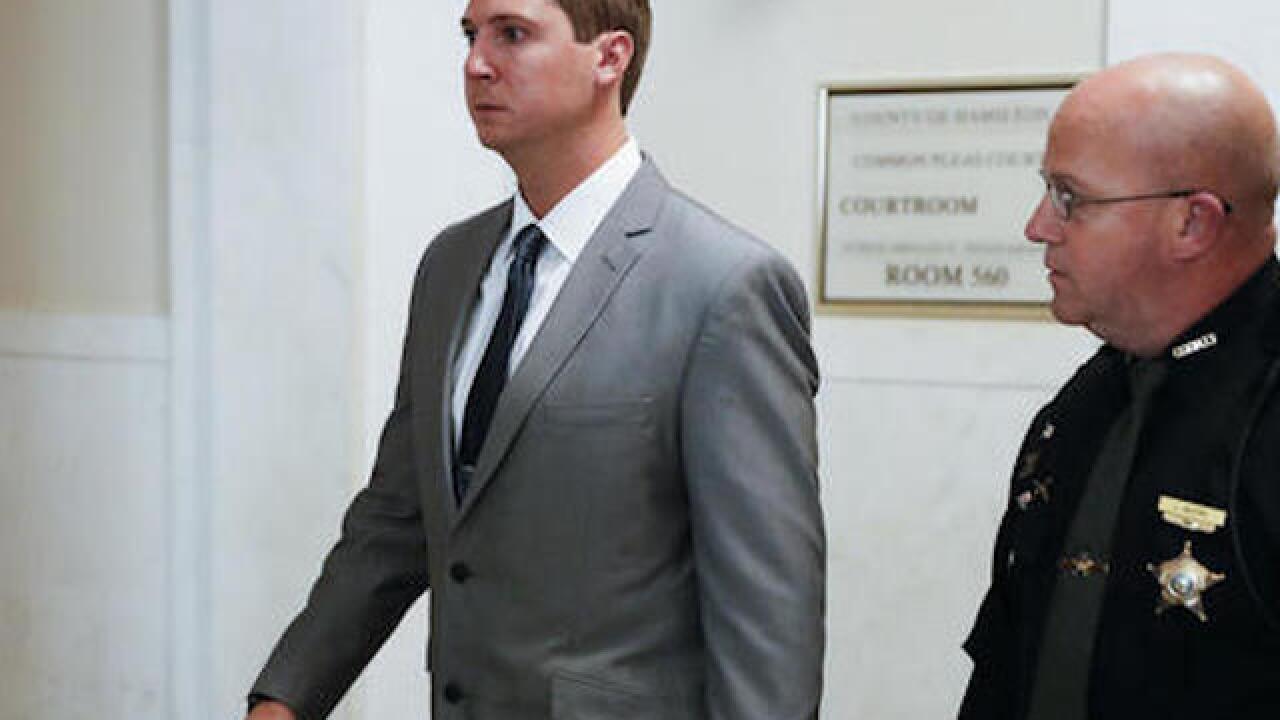 CINCINNATI (AP) — Memories remain vivid of the 2001 race riots in this city after police killed a young, unarmed black man. Now, ahead of the trial of a white police officer who fatally shot an unarmed black man in a traffic stop, police are beefing up security and say they're prepared for anything, while officials and civic leaders are trying to stay in front of community tensions.

Prospective jurors will be questioned Monday for Ray Tensing's trial on murder and voluntary manslaughter charges in the shooting of Sam DuBose after he was pulled over July 19, 2015, near the University of Cincinnati for a missing front license plate.

Tensing's attorney has said he feared for his life; the Hamilton County prosecutor has called the shooting, which was recorded by the officer's bodycam video, senseless and "asinine."

"None of us want to revisit 2001," The Cincinnati Enquirer stated in a recent editorial in which the newspaper said it was encouraged by the steps taken by the city, the University of Cincinnati and others. The Black Lawyers Association and city councilwoman Yvette Simpson, for example, have held educational community forums to explain the legal process unfolding in the case.

"These trials can be emotional in nature, and we're just trying to be proactive and somewhat pre-emptive at the same time," City Manager Harry Black said at a recent meeting of city officials.

There have been city police reforms since 2001, including more training, community engagement and transparency, that have drawn national praise, and University of Cincinnati officials recently outlined changes including restructuring its public safety department after the shooting, which took place near campus. The school fired Tensing, 26, from its police force after his indictment.

The 2001 riots were sparked by the fatal shooting of 19-year-old Timothy Thomas, who was wanted on misdemeanor warrants and was fleeing from police. Hundreds of people were arrested in the several days of violent unrest that caused millions of dollars in damage.

The DuBose shooting is among a series of cases nationwide over the last two years that have increased attention to how U.S. police interact with black people.

In another of the cases, jury selection begins Monday in the murder trial of former North Charleston, South Carolina, police officer Michael Slager, who is white, in the April 2015 death of Water Scott, a black man shot in the back as he ran from a traffic stop.

The sheriff's department has increased security at the courthouse. Officials say they will support the right to peaceful protest but are ready if reactions turn violent.

"It is our job to prepare for any worst-case scenario, and we certainly are prepared for that," Sheriff's Maj. Charmaine McGuffey told reporters at a briefing about trial preparations.

The first steps in jury selection began Tuesday without major complications. Three people authorities said were disruptive were escorted out of the proceedings, but there were no arrests.

Ministers from a variety of churches and civic activists formed a prayer circle outside and called for justice and peace.

Musician Darius Clay, 25, who said he had worked on rap music with DuBose, joined them in prayer. He said he hopes others who knew DuBose, 43, will make their presence known during the trial as they hope for a murder conviction.

"We need justice for what's going on," said Clay. "We're going to remain as peaceful as we can, but we're going to do everything we can to make sure there is justice."