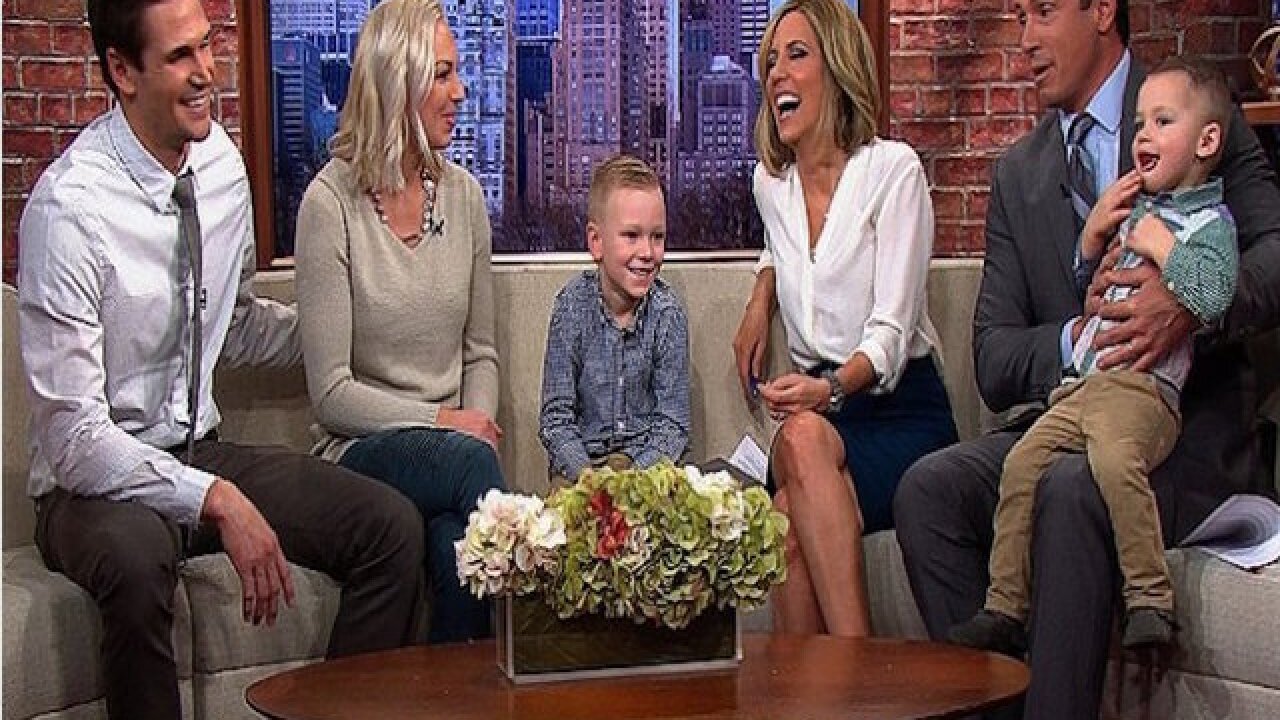 CNN
CNN
<p>The pint-sized superhero who saved his brother when he was pinned under a dresser is unfazed by his newfound fame. In an exclusive interview with CNN's &quot;New Day,&quot; two-year-old Bowdy Shoff, and his twin Brock, ran around the studio Wednesday as their parents recounted the dresser falling and everyday life with their rambunctious toddlers.</p>

The pint-sized superhero who saved his brother when he was pinned under a dresser is unfazed by his newfound fame.

In an exclusive interview with CNN's "New Day," two-year-old Bowdy Shoff, and his twin Brock, ran around the studio Wednesday as their parents recounted the dresser falling and everyday life with their rambunctious toddlers.

"It's chaotic," mom Kayli told CNN's Chris Cuomo and Alisyn Camerota. "Every single day they get a scratch or a bump. They just do. They're boys, they're curious."

Video of the twins' escapade went viral after their parents posted it online. It shows the boys climbing on the dresser in their bedroom, and shows the piece of furniture falling, trapping Brock underneath. Then Bowdy -- channeling his inner strength -- lifts the dresser high enough for his brother to escape. It's become a warning to families with young children that the furniture in toddlers' rooms needs to be bolted to the wall.

"A lot of people have messaged us since, (saying) 'Hey, we've now got our dressers bolted,'" father Ricky said of reaction to the video.

The Shoffs said most of the responses have been positive and grateful, but to the critics, Kayli says: "You can't 100% child-proof your home. I think it's impossible."

Ricky does work for the company that makes the camera that recorded the incident, but he insists that it had nothing to do with publicity, as some people have suggested.

"Why would we put our child in harm's way?" Kayli asked.

It's easy to see how Brock survived the accident without as much as a scratch. The boys poked around the "New Day" set, darted on- and off-camera and had to be wrangled by both the crew and their grandparents throughout the interview.

But the Shoffs credit Bowdy's "intuition" as the real reason his brother was unharmed.

"(After) eight or ten seconds, he's analyzing the situation: 'My brother is hurting, I've got to help him. What can I do?'" Kayli said.

Big brother Crew clearly thinks the world of these two.