One officer killed in shooting at Georgia college 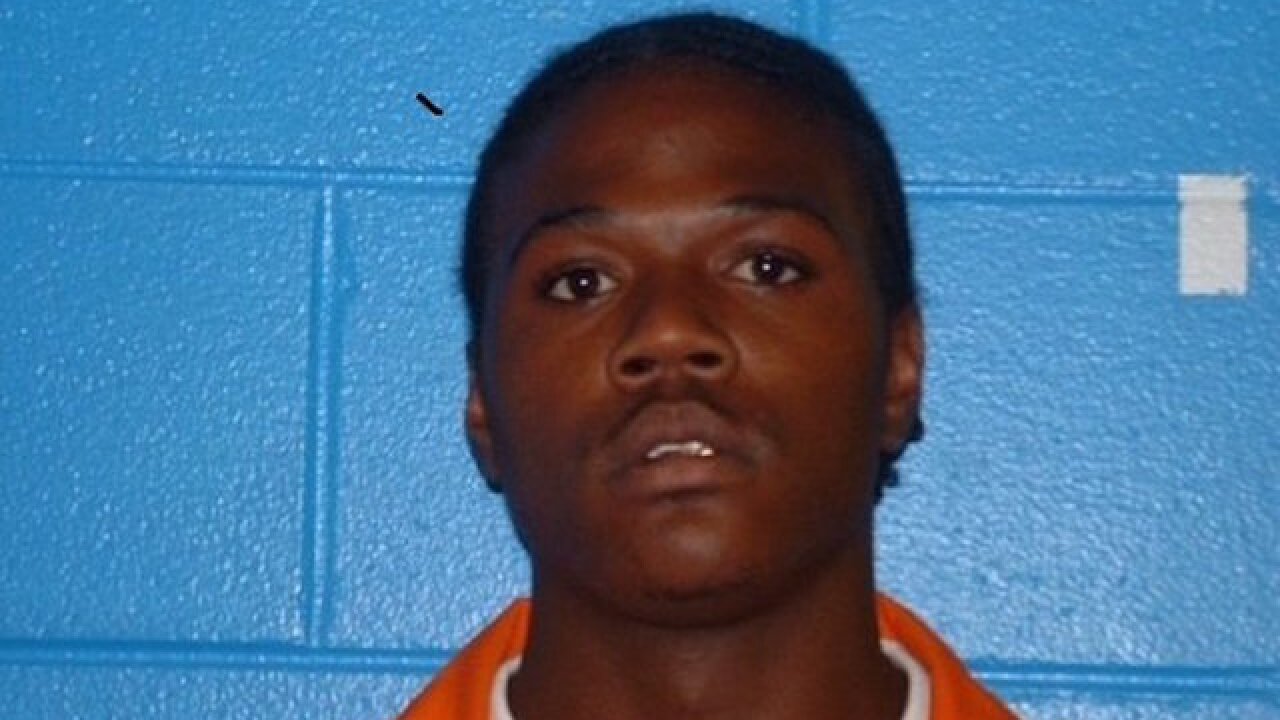 Copyright 2018 Scripps Media, Inc. All rights reserved. This material may not be published, broadcast, rewritten, or redistributed.
Georgia Bureau of Investigation
At approximately 9:40 AM, officers with the Americus Police Department (APD) received a 911 call regarding a domestic dispute. The APD officer responded to the call. Simultaneously, the Georgia Southwestern State (GSW) University officer heard the call as well and responded. They encountered the suspect and at that point shots were fired. Two officers were shot. The APD officer is deceased. The GSW officer has been life-flighted to a local hospital in critical condition. The suspect is Minguel Kennedy Lembrick (picture attached), age 32. He is considered armed and dangerous.

(CNN) -- A police officer was fatally shot and another was wounded Wednesday morning at an apartment complex in western Georgia, prompting a hunt for a suspect and causing nearby Georgia Southwestern State University to tell students to take shelter.

Americus Police Officer Nicholas Ryan Smarr, 25, was killed while answering a call about a domestic dispute, the Georgia Bureau of Investigation said.

The other officer, Jody Smith, works for the university. He was in critical condition Wednesday afternoon, authorities said.

The GBI identified the suspect as Minquell Kennedy Lembrick, though a search of public records shows other variants of his first name. Lembrick was still being sought Wednesday afternoon, said Diane Brown with the Sumter County Sheriff's Office.

Americus police said a $20,000 reward has been offered for information that leads to Lembrick's arrest.

Georgia Southwestern State, a school that has about 3,000 students, told its campus community to shelter in place Wednesday because of the shooting.

"Please secure all doors and windows (any additional actions such as shut down HVAC, turn off lights, move to unobservable part of the room, get on the floor, away from doors) and await further instructions or contact by first responders," read a notice on the university's website.

The university said on Twitter just before 5 p.m. that the suspect was still at large but officers were sweeping campus buildings and people could leave after they were cleared.

According to the National Law Enforcement Officers Memorial Fund, 63 law enforcement officers in the United States were fatally shot while on duty in 2016. That statistic is 66% higher than last year's total through December 7.

Americus is some 138 miles south of Atlanta and is near Plains, the birthplace of former President Jimmy Carter. It is the county seat of Sumter County, which has about 31,000 residents.