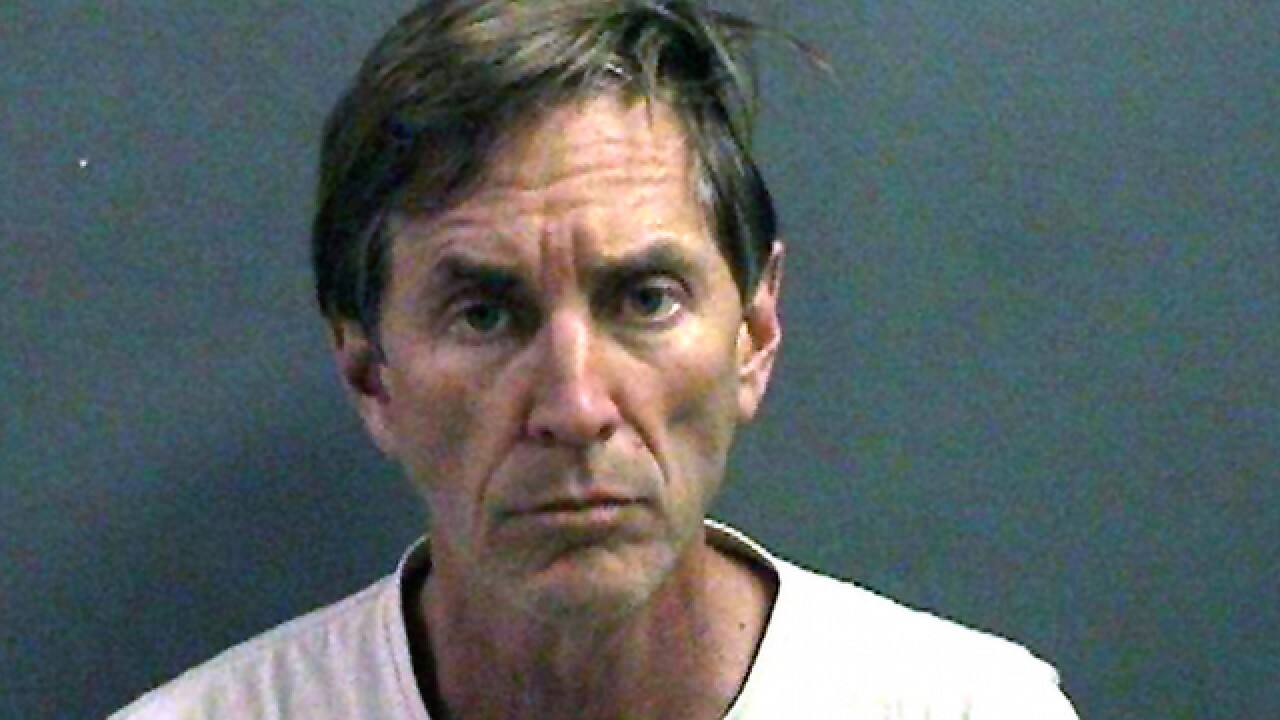 SANTA ANA, Calif. (AP) — Moments after being convicted in a California courtroom of sexual assaulting a child, a former high school English teacher pulled out a razor blade and slashed his throat.

Jeffrey Scott Jones, 56, of Huntington Beach, slumped on a table in the courtroom and was rushed to a hospital Wednesday with non-life threatening injuries.

"Right after the judge asked if we wanted jurors polled, both attorneys said no, and then he took a razor out of his left pocket and slashed his throat," prosecutor Heather Brown told City News Service. "His head hit the table, and I thought he fainted. But then I saw the blood and the razor on the table."

Defense attorney Ed Welbourn said he was sitting next to his client but did not see him cut his throat but became concerned when Jones' head hit the table they were sitting at.

No one else was injured, the Orange County Superior Court said in a statement.

Jones, who taught Advanced Placement English classes at the Libra Academy in Huntington Park, was accused of molesting and having sex with a teenage relative of his live-in girlfriend in 2012 and 2013.

Prosecutors presented DNA evidence they said implicated Jones but his lawyer argued the DNA evidence was not conclusive and claimed the alleged teen victim lied to cover up her marijuana use.

The jury deliberated about two hours before convicting Jones of continuous sexual abuse and aggravated sexual assault of a child, which carry a potential sentence of 66 years to life in prison.

"It's very unfortunate, the whole thing," Welbourn said. "We respect the jury's decision, but we thought there was reasonable doubt as to what occurred ... It's just terrible. The good news is it looks like he will recover."

Authorities will investigate how Jones, who had been free on bail, got the razor blade through court security, said sheriff's department Lt. Mark Stichter.

Assistance was offered to court employees and jurors to help them cope with their reaction to Jones' slashing his throat in court, the court statement said.