Man has E-cigarette violently explode in his mouth 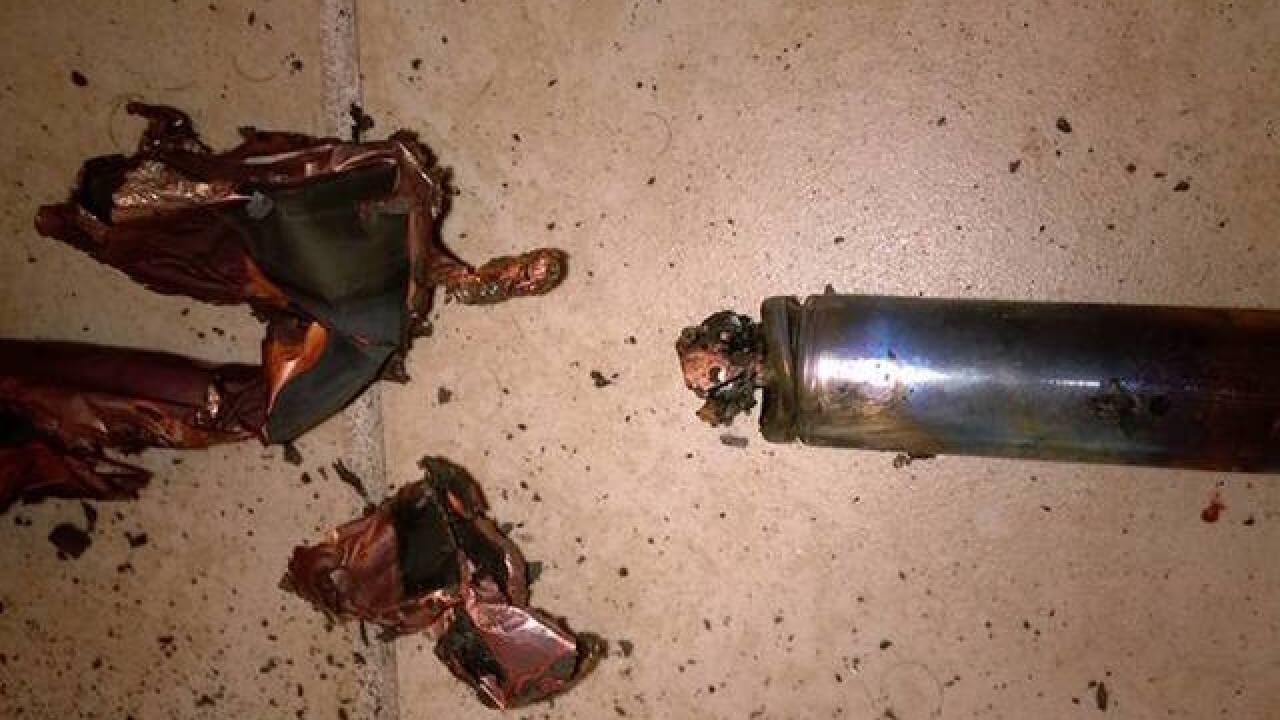 An Idaho man is recovering after his E-cigarette exploded in his mouth while he was taking a puff last weekend in his bathroom.

According to Yahoo News, Andrew Hall was rushed to intensive care after he had seven teeth knocked out and second-degree burns from the explosion. The explosion also left a giant scar on Hall's cheek.

After dropping the exploding E-cig out of his mouth, the device continued doing damage to Hall's bathroom, leaving a giant hole in a sink.

Hall wrote that he would stop vaping because of the incident.

He said that he was operating the E-cig normally when the device exploded.

"I hope to possible (sic) sway those that do to maybe reevaluate or find other methods of smoking," Hall said. "I've been doing this for about a year now and assure you I did not do anything I wasn't supposed to."

Hall is aware that vaping is an alternative to tobacco smoking, but saw first hand the risks of vaping.

"I know vapes help people quit smoking cigarettes and that's amazing," Hall said. "I just want to bring to light this is possible that they can explode without warning. I would have said 'no way that's possible' until now."