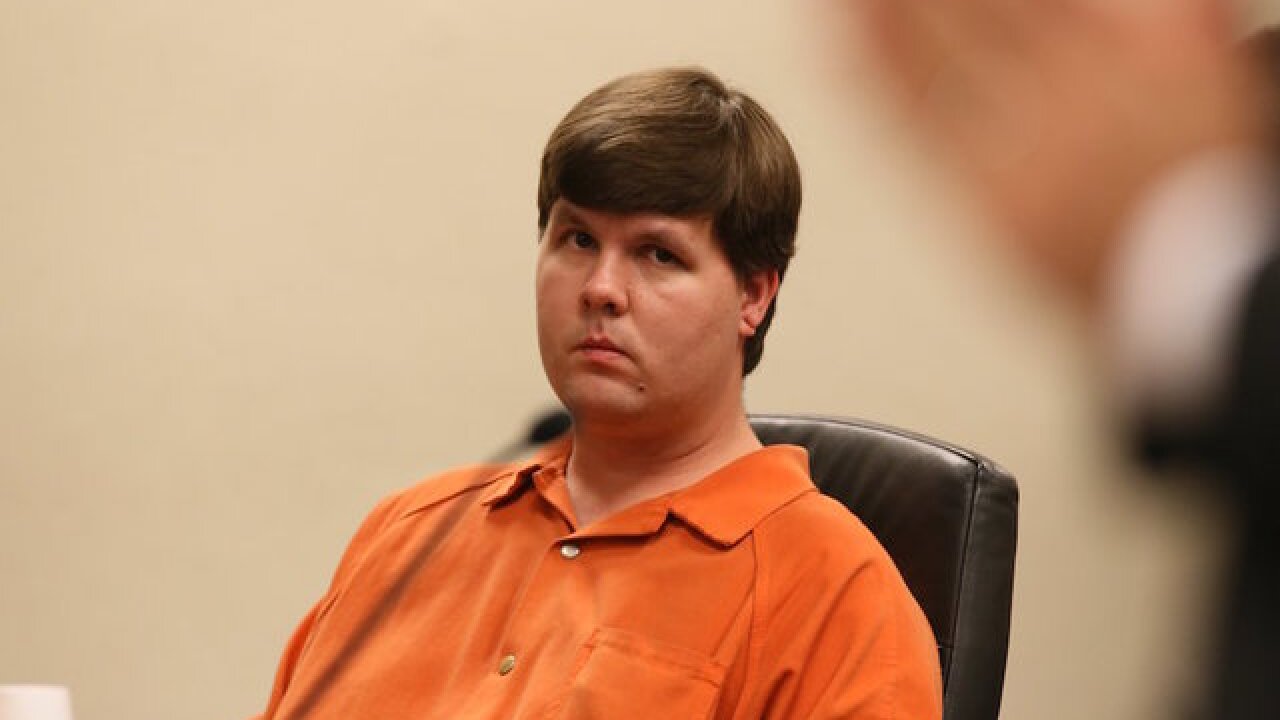 CNN
Kelly J. Huff
<p>Justin Ross Harris, the Georgia man facing murder charges in his 22-month-old son's hot car death in 2014, has been indicted on eight charges of &quot;sexting&quot; with minors, according to court documents.</p>

(CNN) -- A judge has sentenced suburban Atlanta father Justin Ross Harris to life in prison without parole for the murder of his 22-month-old son, Cooper, who died in 2014 after Harris left him in a hot car for seven hours while he went to work.

Harris also received another 32 years, to be served consecutively, for convictions on four other counts.

Harris, 36, who appeared in an orange jumpsuit with his wrists shackled at his waist, cast his head slightly downward as the sentence was handed down. He briefly closed his eyes but offered little other reaction.

In addition to the life term, Cobb County Superior Court Judge Mary Staley Clark gave Harris a 20-year sentence on a conviction for first-degree cruelty to children and another 10 years for sexual exploitation of children. Those charges stemmed from a finding that Harris tried to convince a minor to text him photos of her genitalia.

Harris also received a year each on two misdemeanor counts of dissemination of harmful material to minors, also related to his texts.

Harris' legal team offered no mitigating circumstances or evidence ahead of the sentencing. Assistant District Attorney Chuck Boring told the court that this was a matter of the defense team's "trial strategy."

"There's not much to argue or say," Boring said. "The jury verdict basically says it all."

The only sentence that matches the "evil nature" of Harris' crimes, Boring said, is life in prison. Staley concurred.

The sentencing doesn't mean the headline-grabbing case is over. Harris' lawyers, who claimed the boy's death was a tragic accident brought about by a lapse in memory, say they intend to file a motion for a new trial.

But prosecutors had argued that Harris intentionally locked his son inside his Hyundai Tucson that day because he wanted to be free of his family responsibilities.

It was June 18, 2014, when Harris strapped his son into a rear-facing car seat and drove from their Marietta, Georgia, home to Chick-fil-A for breakfast, then to The Home Depot corporate headquarters, where he worked. Instead of dropping Cooper off at day care, Harris left him in the car all day, testimony revealed.

Sometime after 4 p.m. that day, as Harris drove to a nearby theater to see a movie, he noticed his son was still in the car. He pulled into a shopping center parking lot and pulled Cooper's body from the SUV. Witnesses said he appeared distraught and was screaming.

"'I love my son and all, but we both need escapes.' Those words were uttered 10 minutes before this defendant, with a selfish abandon and malignant heart, did exactly that," Cobb County Assistant District Attorney Chuck Boring said in his closing argument.

The prosecution argued that Harris could see his son sitting in his car seat in the SUV.

"If this child was visible in that car, that is not a failure in memory systems," Boring argued. "Cooper would have been visible to anyone inside that car. Flat out."

If Cooper were visible, Boring said, "the defendant is guilty of all counts."

After the verdict, jurors told the prosecution the evidence weighed heavily in their decision, Boring said.

Digital evidence showed that on the day his son died, Harris exchanged sexual messages and photos with six women, including one minor.

State witnesses testified that Harris lived what prosecutors described as a "double life."

To his wife, family, friends and co-workers, Harris was seen as a loving father and husband. Unbeknownst to them, Harris engaged in online sexual communication with multiple women, including two underage girls, had extramarital sexual encounters in public places and paid for sex with a prostitute.

Harris' defense maintained his sexual behavior had nothing to do with Cooper's death.

"The state wants to bury him in this filth and dirt of his own making, so that you will believe he is so immoral, he is so reprehensible that he can do exactly this," said defense attorney H. Maddox Kilgore during his closing argument.

Kilgore argued that Cobb County police investigators focused only on matters that fit the state's theory and ignored all the evidence that pointed to an accident.

"You have been misled throughout this trial," Kilgore told jurors.

"Cooper was the sweetest little boy. He had so much life in him. He was everything to me," Taylor recalled, as she seemed to fight through tears.

Taylor told jurors private details of her married life with Harris, saying they had intimacy problems and recounting Harris' struggles with pornography.

Marital struggles aside, Taylor described Harris as a "very involved" parent who loved their son. In her mind, she said, the only possible explanation was that Harris forgot Cooper and accidentally left him in the car.