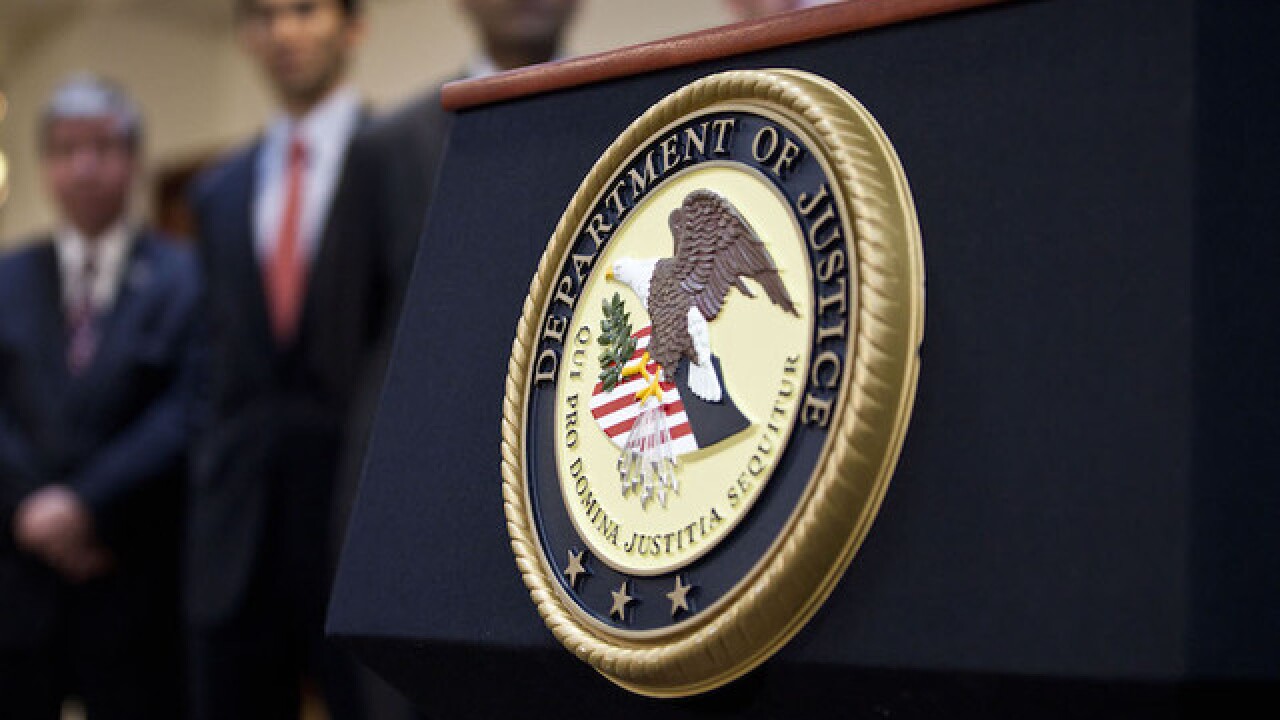 Image copyright 2012 Getty Images. All rights reserved. This material may not be published, broadcast, rewritten, or redistributed.
Ramin Talaie
<p>A US Department of Justice seal is displayed on a podium during a news conference on December 11, 2012 in the Brooklyn borough of New York City.</p>

WASHINGTON (AP) — A federal government contractor has been arrested on charges that he illegally removing highly classified information and stored the material in his house and car, federal prosecutors announced Wednesday.

Among the classified documents found with Martin, the government says, were six that contain sensitive intelligence — meaning they were produced through sensitive government sources or methods that are critical to national security issues — and date back to 2014. All the documents were clearly marked as classified information, according to the criminal complaint.

Investigators also found stolen property valued at more than $1,000 at Martin's residence or vehicle. He voluntarily agreed to an interview.

"Martin at first denied, and later when confronted with specific documents, admitted he took documents and digital files from his work assignment to his residence and vehicle that he knew were classified," according to the complaint, despite not having the authorization to do so.

Martin has been in custody since a court appearance in August, when he was arrested.

Speaking at a cybersecurity panel, the Justice Department's top national security official, John Carlin, confirmed the arrest of "an individual who's involved in taking classified information." He said the arrest generally pointed to the threat posed by insiders.

The complaint charges Martin with unauthorized removal and retention of classified materials, which carries a maximum one-year sentence, and theft of government property — an offense punishable by up to 10 years.