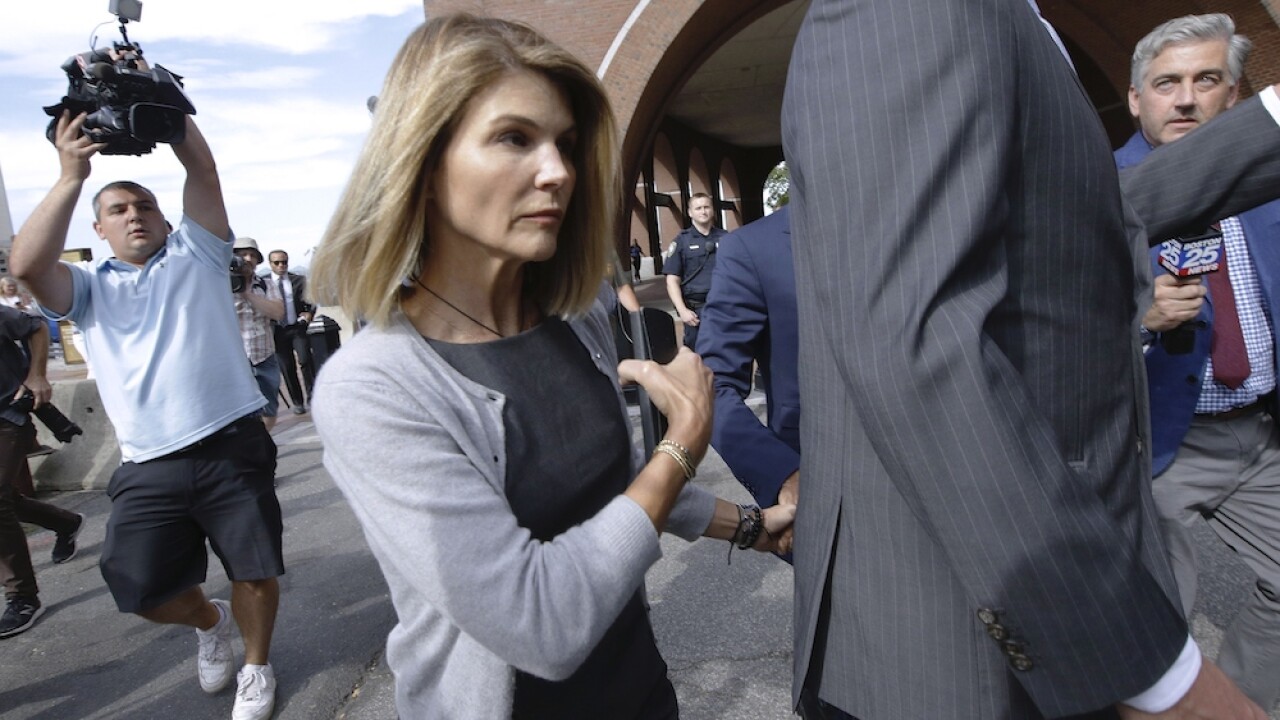 Actress Lori Loughlin has agreed to plead guilty to several charges for her role in a college admissions scandal.

According to a press release from the Department of Justice, Loughlin and her husband, Mossimo Giannulli, will plead guilty to conspiracy charges related to the scandal and serve prison time.

Giannulli will serve five months in prison, pay a $250,000 fine. After his release, he'll have two years of supervised release and complete 250 hours of community service.

Loughlin and Giannulli were part of a vast conspiracy in which wealthy parents paid bribes to a man, Rick Singer, who then used his connections to get their children into prestigious colleges.

Actress Felicity Huffman accepted a plea deal in connection with the conspiracy and pleaded guilty in September. She served a 14-day prison sentence in October and was ordered to pay a $30,000 fine. She also must complete 250 hours of community service.

According to the Justice Department, 24 parents have been sentenced in connection with the scandal.