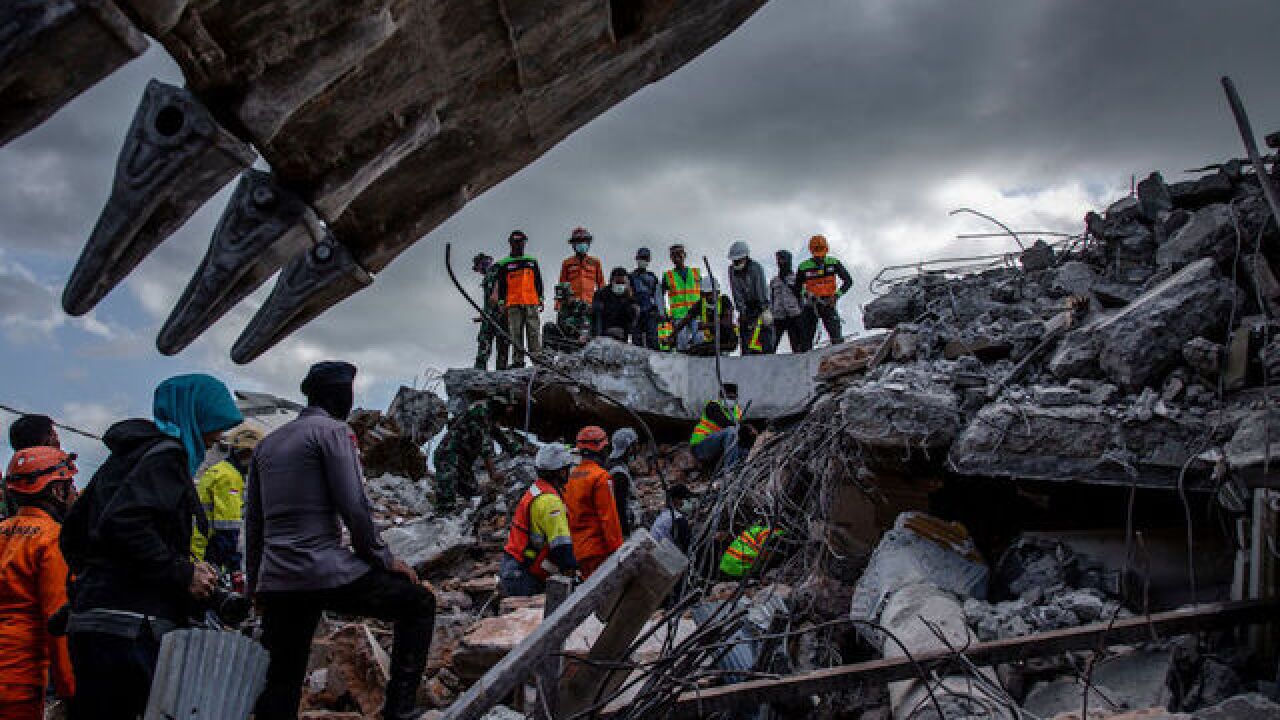 Image copyright 2018 Getty Images. All rights reserved. This material may not be published, broadcast, rewritten, or redistributed.
Ulet Ifansasti
<p>An Indonesian search and rescue team looking for victims at a collapsed mosque following an earthquake in Tanjung on August 7, 2018 in Lombok Island, Indonesia. </p>

Four days after a massive earthquake killed at least 347 people on the Indonesian island of Lombok, a 5.9 magnitude tremor hit the island, sending frightened residents onto the streets.

Thursday's seismic event follows a 6.9 magnitude quake Sunday that flattened homes and stranded thousands of people on Lombok's northern coast and the nearby Gili Islands.

The northern part of Lombok is more residential and less developed than the resort-filled south. Thursday's quake could be felt on Bali, another popular resort island in Indonesia.

Susanto told CNN by phone that people started screaming when Thursday's quake hit. Soon after, ambulances started whizzing by, sounding their sirens. He said friends in central Lombok had told him that houses there had started to crack.

Susanto predicted there would be less damage in the north, as most buildings had collapsed during Sunday's quake.

It is the third major seismic event to hit Lombok in less than two weeks. A shallow, 6.4 magnitude earthquake struck on July 29, killing more than a dozen people and stranding hundreds on top of Mount Rinjani, a popular hiking area.

It's unclear how many people were directly affected by Thursday's quake, but the area surrounding its epicenter was hit hard Sunday.

More than 165,000 people have been displaced in the wake of the Sunday temblor, Indonesia National Disaster Management Agency spokesman Sutopo Purwo Nugroho said, according to state-run Antara News Agency. Nearly 1,500 were injured, he said.

Sunday's quake also stranded tourists on Lombok and the popular Giili Islands to its west, famous for its white sand beaches and clear waters.