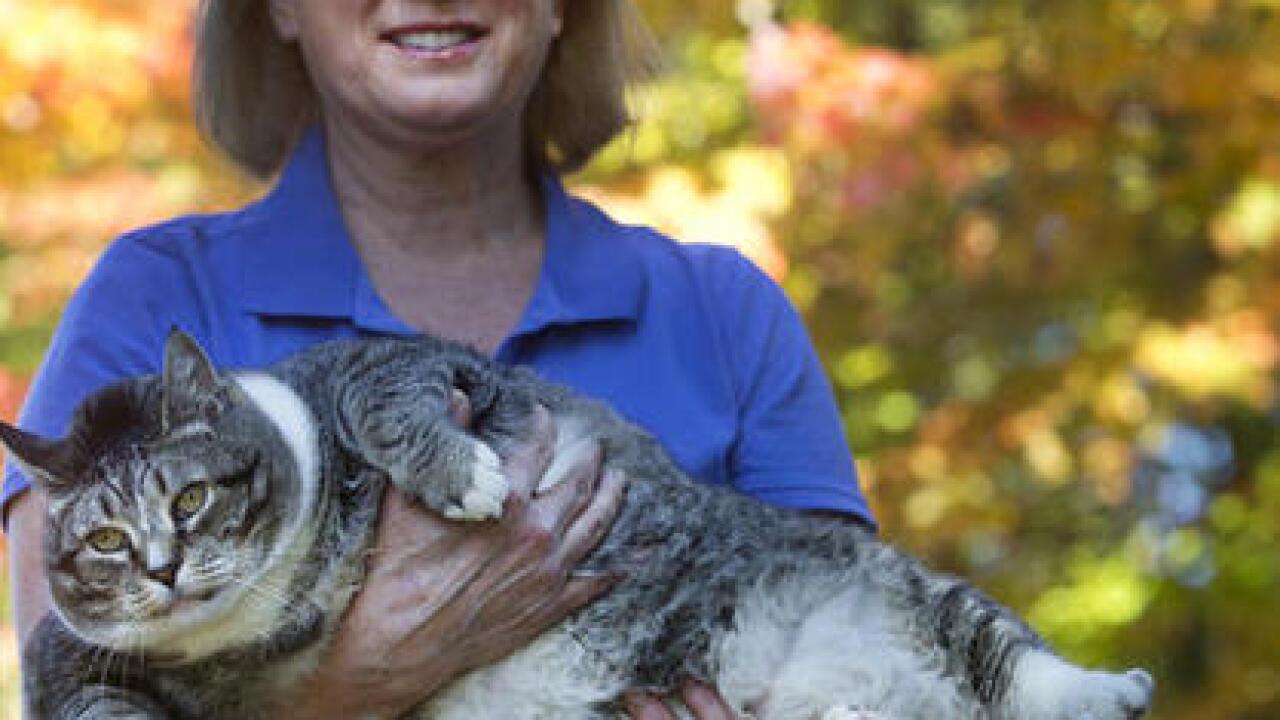 Jim Cole
Susan Brunvand holds onto Logan, her 31-pound cat at the Silver Fox Inn at the Waterville Valley resort Thursday Sept. 29, 2016 in Waterville Valley, N.H. The cat has been winning over guests and recently internet viewers. (AP Photo/Jim Cole) 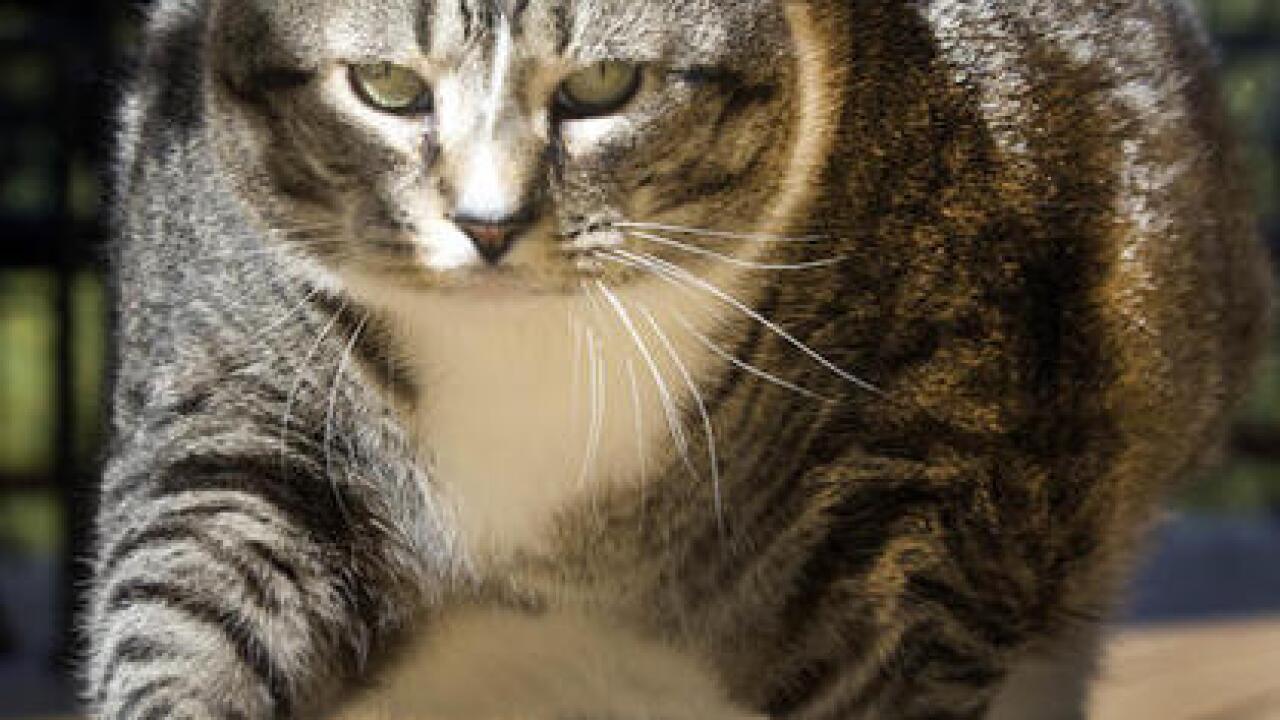 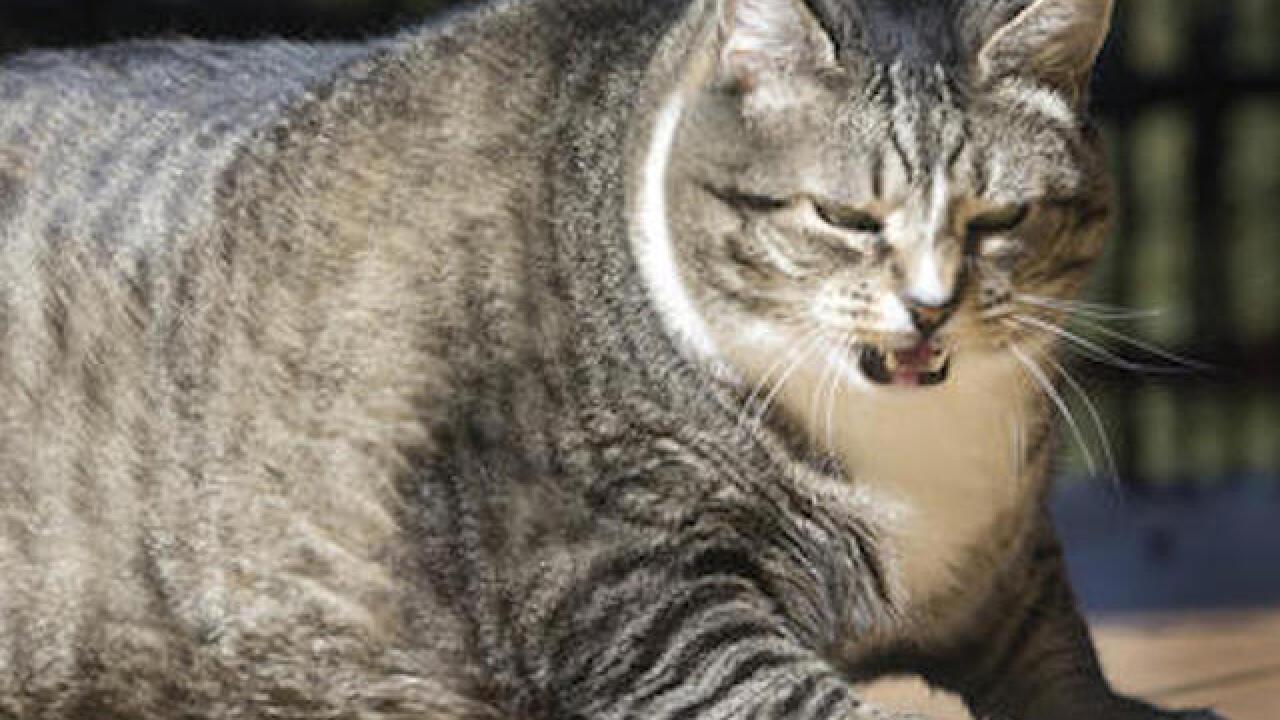 WATERVILLE VALLEY, N.H. (AP) — Guests at a hotel in New Hampshire can be forgiven for thinking a raccoon is lounging out front.

The huge ball of fur on the sidewalk of the Best Western Silver Fox Inn at the Waterville Valley Resort is actually a fat cat. A really fat cat.

The 8-year-old tabby is named Logan and weighs 31 pounds — nearly three times the size of a normal cat. Often found wandering through the hotel or stretched out on the sidewalk, Logan has become a huge hit with visitors and is an internet sensation. Guests have posted photos of Logan sitting in a chair, and a Facebook video that's been viewed 29 million times, shows it waddling through the parking lot.

Susan and Tor Brunvand adopted Logan from a Meridith, New Hampshire, shelter six years ago. Logan arrived as a normal sized cat but soon was gobbling up food from the bowls of the couple's two other cats and finding a way to sneak into the stash of food. Logan slowly put on weight.

Susan Brunvand said she once had a 20-pound cat, but that cat was big because it was part Maine Coon.

The couple took Logan to a vet and had his blood tested. Nothing was found. He even had stretches — once after a fight with a feral cat — where he barely ate for several weeks. Still, nothing reduced the size of the obese feline.

"We've tried everything," she said, attributing his girth to a slow metabolism.

Reaction to the cat has been a mix of amazement and concern about its health. After the video was posted, Brunvand said she got a call from someone wanting to bring her up on animal abuse charges for allowing the cat to get so big.

"I just wonder why a person would have a pet and let it get that heavy," said Janet Lynn, a hotel guest from Manchester, New Hampshire.

Brunvand insists there is little more she can do — or should do — to help the cat she calls her "little chubby boy, my little bear" shed the weight.

She laughed at the suggestion of putting Logan on a treadmill. Rather, she lets Logan act like her two other cats, spending the day outdoors.

"He is one of the happiest, easiest cats I've ever had," she said. "He doesn't think he's fat."