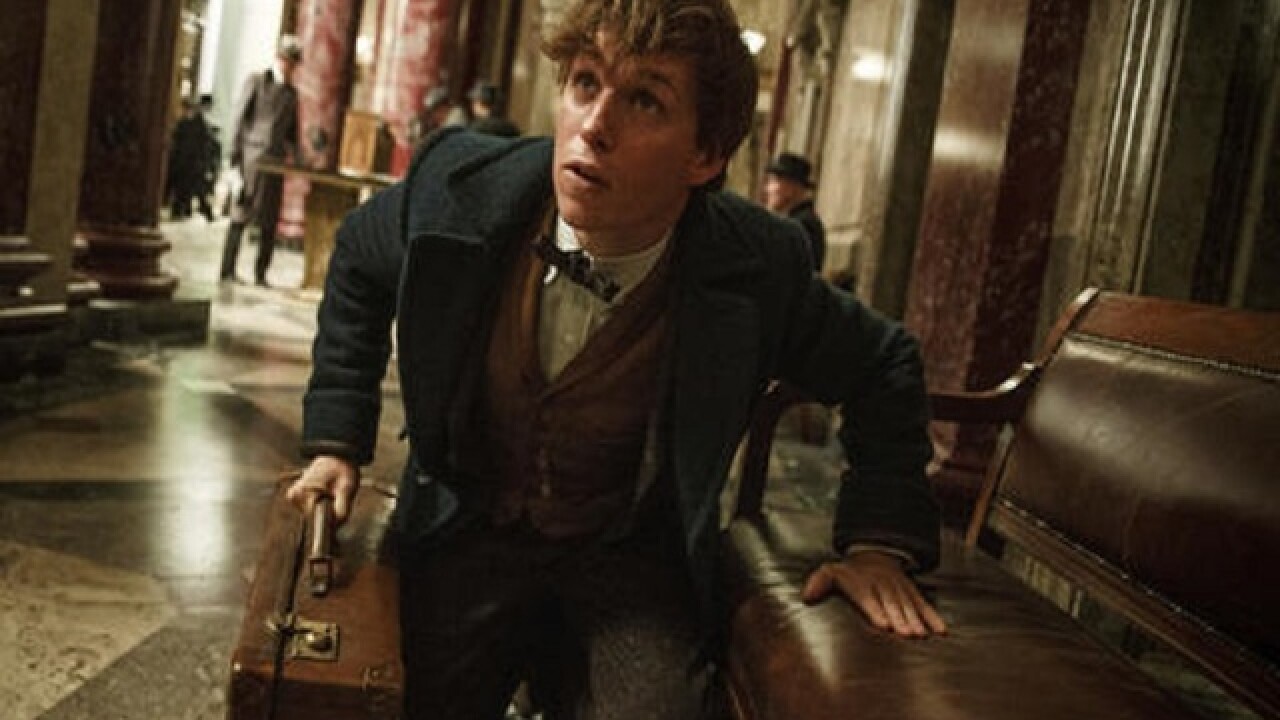 LOS ANGELES (AP) — Audiences came back for a second helping of "Moana" and "Fantastic Beasts and Where to Find Them" this weekend. Both family-friendly films topped the post-Thanksgiving box office charts, with "Moana" bringing in $28.4 million and "Fantastic Beasts" earning $18.5 million, according to studio estimates Sunday.
Disney's animated "Moana," in only its second weekend in theaters and second weekend at No. 1, has grossed $119.9 million, while Warner Bros.' Harry Potter spinoff "Fantastic Beasts" has earned $183.5 million in three weeks.
Paramount's sci-fi mindbender "Arrival" took third with $7.3 million, while the company's World War II spy thriller "Allied" placed fourth with $7.1 million. Disney and Marvel's "Doctor Strange" rounded out the top five with $6.5 million, bringing its domestic total to $215.3 million.
The weekend's only new opener, the micro-budget horror film "Incarnate," fell short of modest expectations and took in only $2.6 million. The film, which stars Carice van Houten and Aaron Eckhart, was expected to earn in the $4 million range.
"We are disappointed that we fell short of our goal and repeating the success of our previous releases," BH Tilt executive John Hegeman said. "The low-cost nature of the BH Tilt films and release model enables us to experiment and take risks, and we look forward to seeing what we can learn from this weekend for our future BH Tilt slate releases in 2017."
In limited release, the Jacqueline Kennedy biopic "Jackie," starring Natalie Portman in one of the year's buzziest performances, earned $275,000 from five theaters. Another awards contender, "Manchester by the Sea" expanded to 156 theaters and brought in $2.4 million.
Paul Dergarabedian, a senior media analyst for box office tracker comScore, said that this post-Thanksgiving weekend is usually pretty slow.
"The Thanksgiving holiday is a long, extended binge of eating food and watching lots of movies, and then this weekend is the diet. It is somewhat typical," Dergarabedian said. "It's like we're taking a quick breather before the homestretch."
The weekend overall is expected to be down about 3 percent from last year, which saw the Christmas-themed horror film "Krampus" rake in $16.3 million. But the box office for the year remains up around 4 percent.
The question now is whether or not the 2016 box office will surpass last year's record $11.135 billion. While there are still some big films on the horizon, including "Rogue One: A Star Wars Story" and the animated "Sing," it remains to be seen whether or not they will compete with the late-game 2015 juggernaut of "The Force Awakens," which earned $652 million in the last 14 days of the year.
"It's going to be a tight race," Dergarabedian said.
Estimated ticket sales for Friday through Sunday at U.S. and Canadian theaters, according to comScore. Where available, the latest international numbers for Friday through Sunday are also included. Final domestic figures will be released Monday.
1."Moana," $28.4 million ($32 million international).
2."Fantastic Beasts and Where to Find Them," $18.5 million ($60.4 million international).
3."Arrival," $7.3 million ($4.8 million international0
4."Allied," $7.1 million ($12.1 million international).
5."Doctor Strange," $6.5 million ($3.7 million international).
6."Trolls," $4.6 million ($7.1 million international).
7."Hacksaw Ridge," $3.4 million ($1.8 million international).
8."Bad Santa 2," $3.3 million ($1 million international).
9."Incarnate," $2.6 million ($370,000 international).
10."Almost Christmas," $2.5 million.
Copyright 2016 The Associated Press. All rights reserved. This material may not be published, broadcast, rewritten or redistributed.