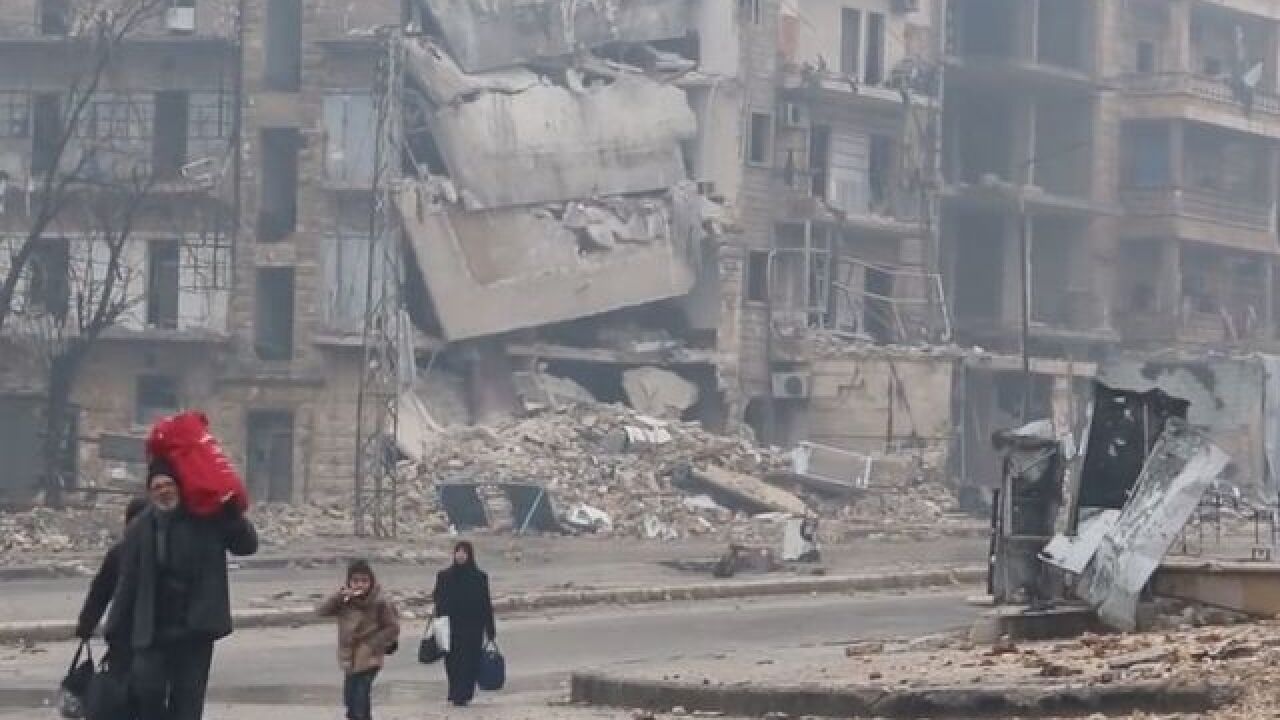 BEIRUT (AP) — The last Syrian rebels and civilians are awaiting evacuation from the remainder of what was once a rebel enclave in eastern Aleppo, a day after the U.N. Security Council approved sending observers to monitor the exodus.
The Britain-based Syrian Observatory for Human Rights says that more than 15,000 people, among them 5,000 opposition fighters, have left the enclave since the rebels effectively surrendered the area under an Ankara- and Moscow-brokered deal. It's unclear how many remain.
In Moscow, foreign ministers of Russia, Turkey and Iran are meeting on Tuesday to discuss Syria, but the talks are likely to be overshadowed by the assassination of Russia's ambassador to Turkey the previous night by an Ankara policeman, who after killing his victim cried out: "Don't forget Aleppo! Don't forget Syria!"
Copyright 2016 The Associated Press. All rights reserved. This material may not be published, broadcast, rewritten or redistributed.