Landlord accused of having sex on tenant's bed, using wedding dress to clean up 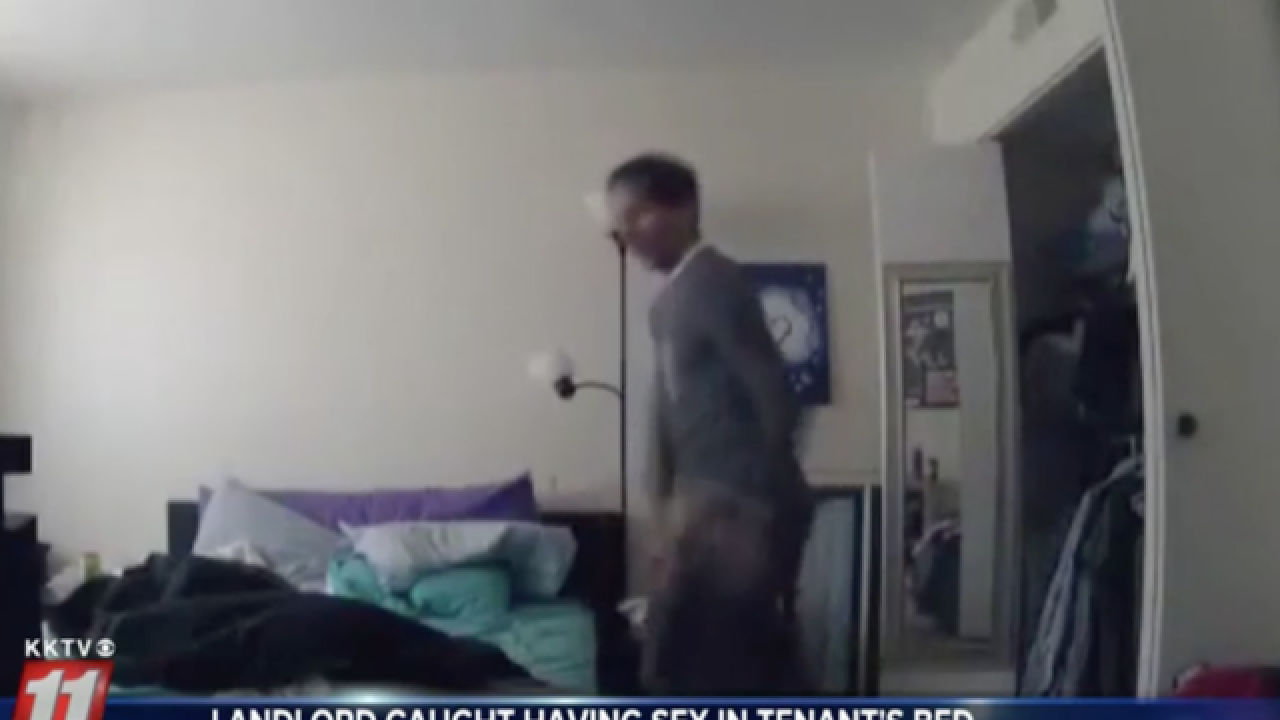 <p>A Colorado Springs landlord is accused of breaking into a tenant's bedroom and having sex with a strange woman on the bed.</p>

A Colorado landlord is accused of entering one of his tenant’s apartments, having sex on the bed and using a wedding dress to clean up the mess.

According to KKTV-TV, Logan Pierce of Colorado Springs found out about the intrusion when he got an alert from his security system on his cell phone. When he opened the application, a camera in his room caught his landlord, Carlos Quijada, having sex with a strange woman on his bed.

To top things off, Quijada used Pierce’s wife’s wedding dress to clean up the mess he made.

Pierce then called police. While the couple’s lease states that the landlord has the right to enter the apartment, an arrest warrant has been issued for Quijada for trespassing and misdemeanor obscenity.

“Obviously landlords don't have the ability to go into tenant apartments and do whatever they want to do,” Lt. Howard Black with the Colorado Springs Police Department told KKTV.