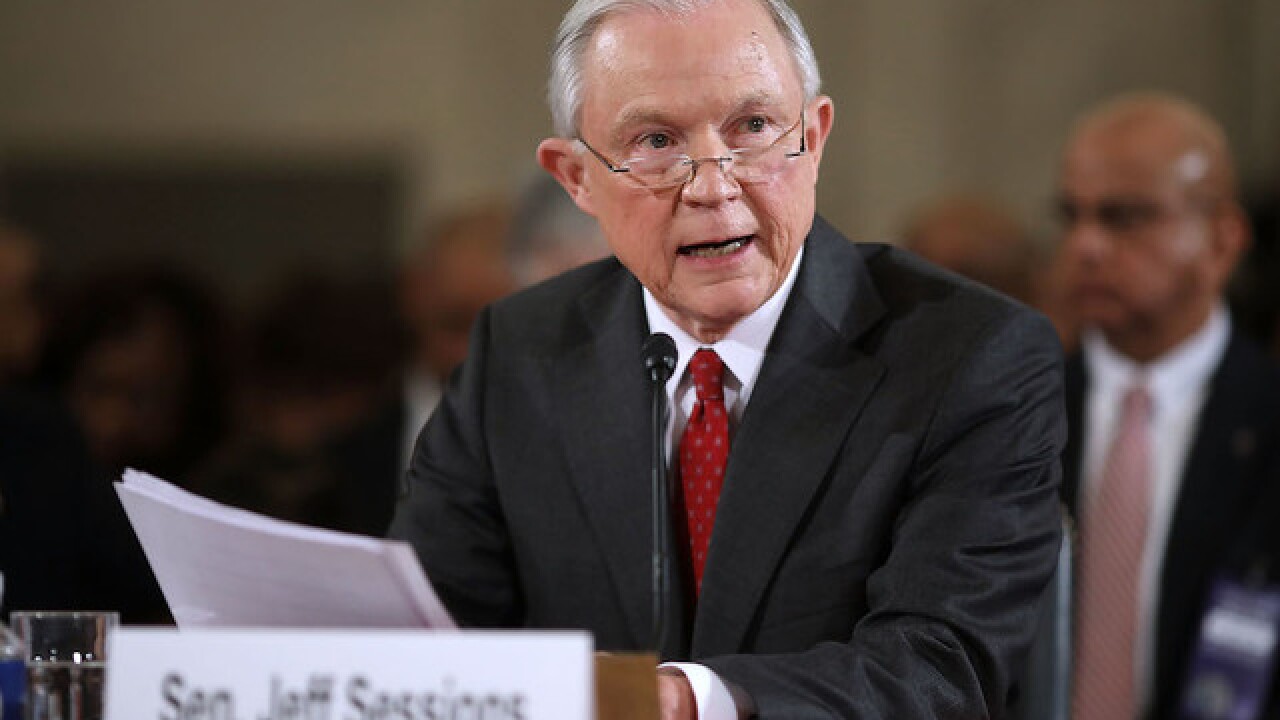 Image copyright 2017 Getty Images. All rights reserved. This material may not be published, broadcast, rewritten, or redistributed.
Chip Somodevilla
<p>Sen. Jeff Sessions (R-AL) testifies before the Senate Judiciary Committee during his confirmation hearing to be the U.S. Attorney General January 10, 2017 in Washington, DC.</p> 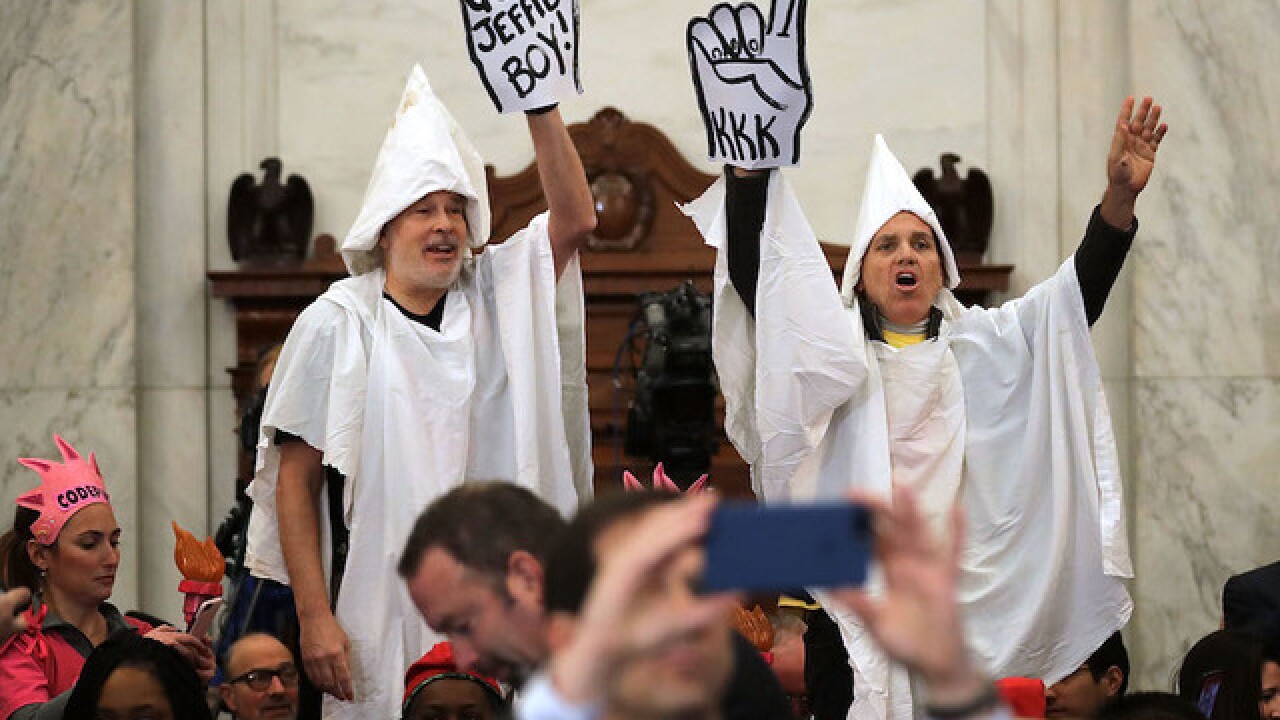 The first Senate confirmation hearing of one of President-elect Donald Trump's picks for a federal cabinet position did not go quietly on Tuesday.

At least three people, including two men and a woman, were removed from the room by security as they continued to shout.

Those people weren't the only protestors present at Sessions' hearing. Two other men who were dressed in Ku Klux Klan garb were also removed from the proceedings.

Later, while Sen. Ted Cruz was questioning Sessions, a protestor shouted over the proceedings, calling Sessions a racist. Cruz responded by saying "You know, free speech is a wonderful thing."