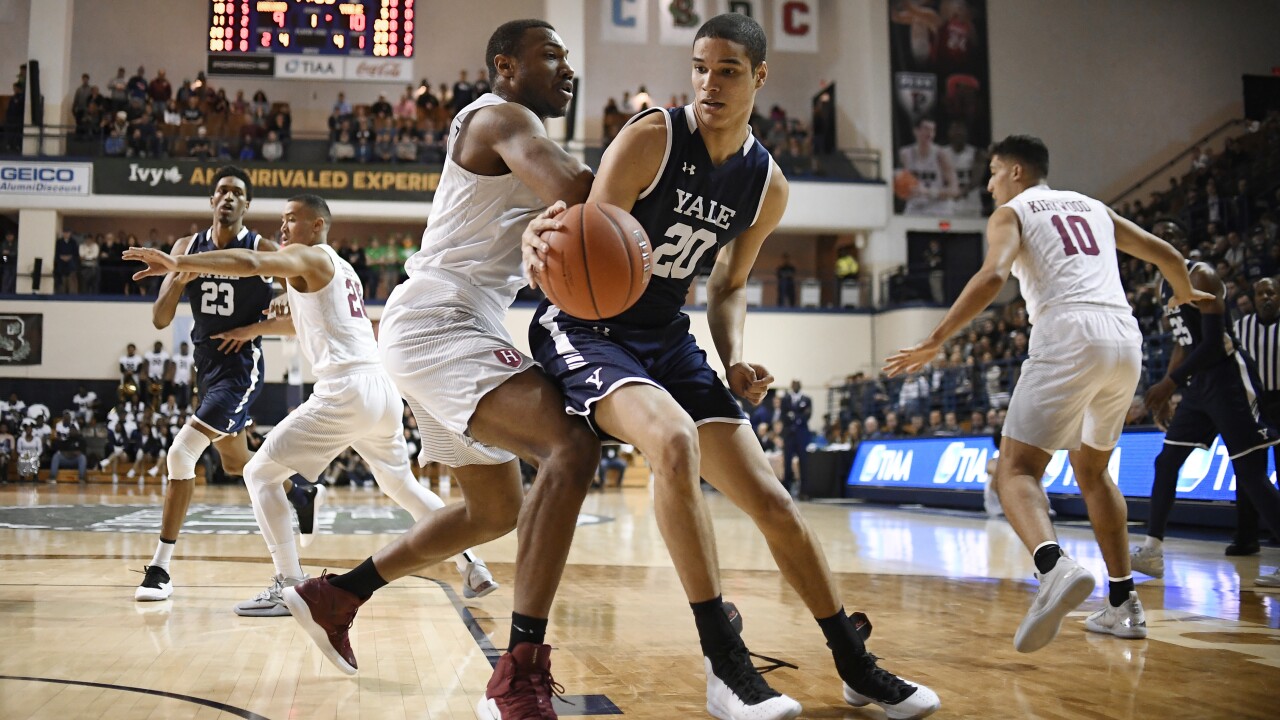 CAMBRIDGE, Mass. (AP) — The Ivy League is canceling its men's and women's basketball tournaments because of concerns about the spread of coronavirus.

The four-team tournaments were scheduled to be played Friday through Sunday at Lavietes Pavilion in Cambridge, Massachusetts.

The Ivy League says it will award its automatic NCAA Tournament bids to regular-season champions Princeton women and Yale men.

The league also announced that it will limit spectators at all other sporting events for the rest of the spring season.