Is the media at war with Donald Trump? 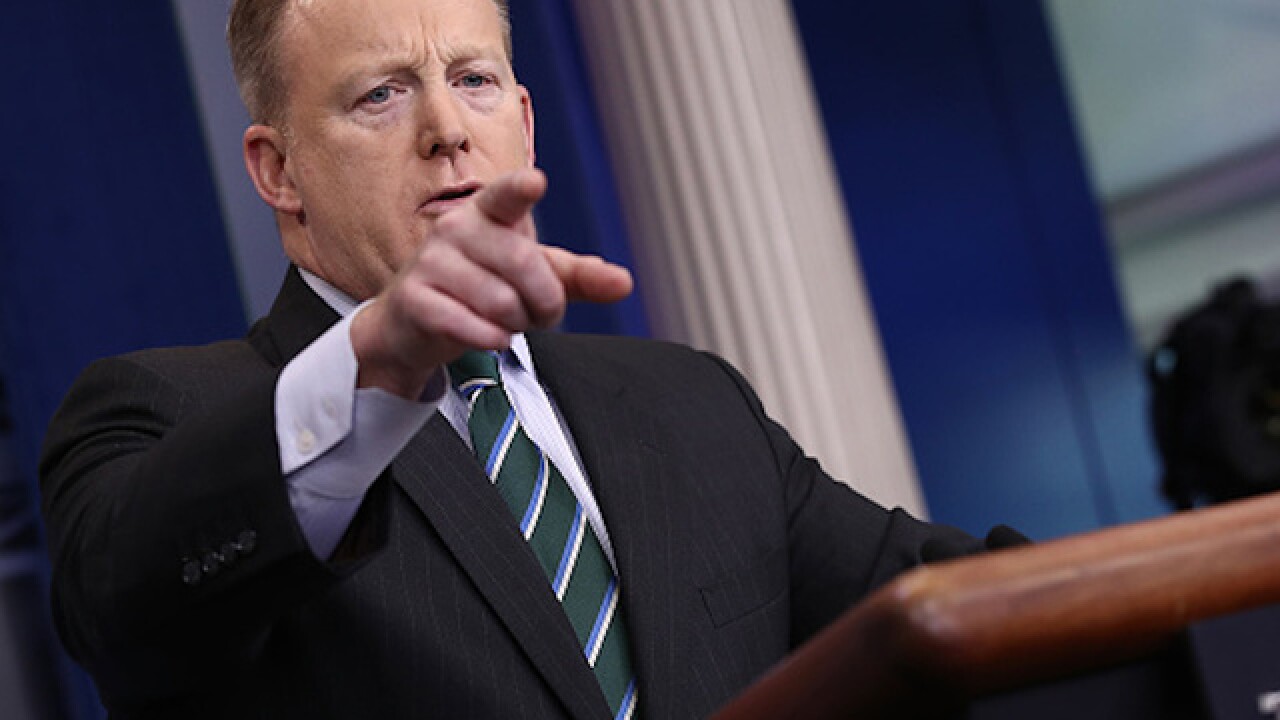 Copyright Getty Images
Win McNamee
<p>WASHINGTON, DC - JANUARY 25: White House Press Secretary Sean Spicer answers questions during the daily briefing at the White House on January 25, 2017 in Washington, DC. Spicer addressed questions on a range of topics during the briefing including plans by the Trump administration to address immigration issues and the nation's election system . (Photo by Win McNamee/Getty Images)</p>

The Trump White House has made clear that it views much of the press as the "opposition party."

But that feeling isn't mutual.

Polgreen joined editors and media critics who largely dismissed that characterization, which was made by White House chief strategist Steve Bannon and then President Trump himself last week.

"I think our job in all of this is to separate fact from fiction, to use the very best tools in our arsenal, to tell the stories that matter, and tell them with integrity and with honesty, and basically ignore this effort to frame us as the enemy," Polgreen said."

Bannon said in an interview with the New York Times published Thursday that the news media "should be embarrassed and humiliated and keep its mouth shut and just listen for awhile."

"I want you to quote this," Bannon told the Times. "The media here is the opposition party. They don't understand this country. They still do not understand why Donald Trump is the president of the United States."

Trump later lashed out specifically at the Times on Sunday, tweeting that someone should buy the "failing newspaper" and "either run it correctly or let it fold with dignity!"

Speaking on "Reliable Sources," Reuters editor-in-chief Stephen Adler said he could think of very few countries where the government says "nice things" about the press.

The press, Adler said, tries to get factual information to people so they can make smarter decisions.

"Inherently, the government is trying to spin the story in their favor," he said.

Brooke Gladstone, a journalist and media analyst who hosts WNYC's "On the Media," said critical coverage of a new administration isn't anything unusual.

Gladstone cited a George Mason University study which found that a majority of coverage of the first year of the last several presidential administrations was negative.

"All through history, the entire media have always been against presidents," Gladstone said.

Joel Pollak, a senior editor at large for Breitbart News, said he thinks some journalists "revel" in opposing the president, a trait he said is not necessarily an appropriate role.

"I think there are journalists who declared in advance on the campaign trail that they were proud to be the opposing party," Pollak said. "That's just continued, and I think that's a big mistake the media are making."