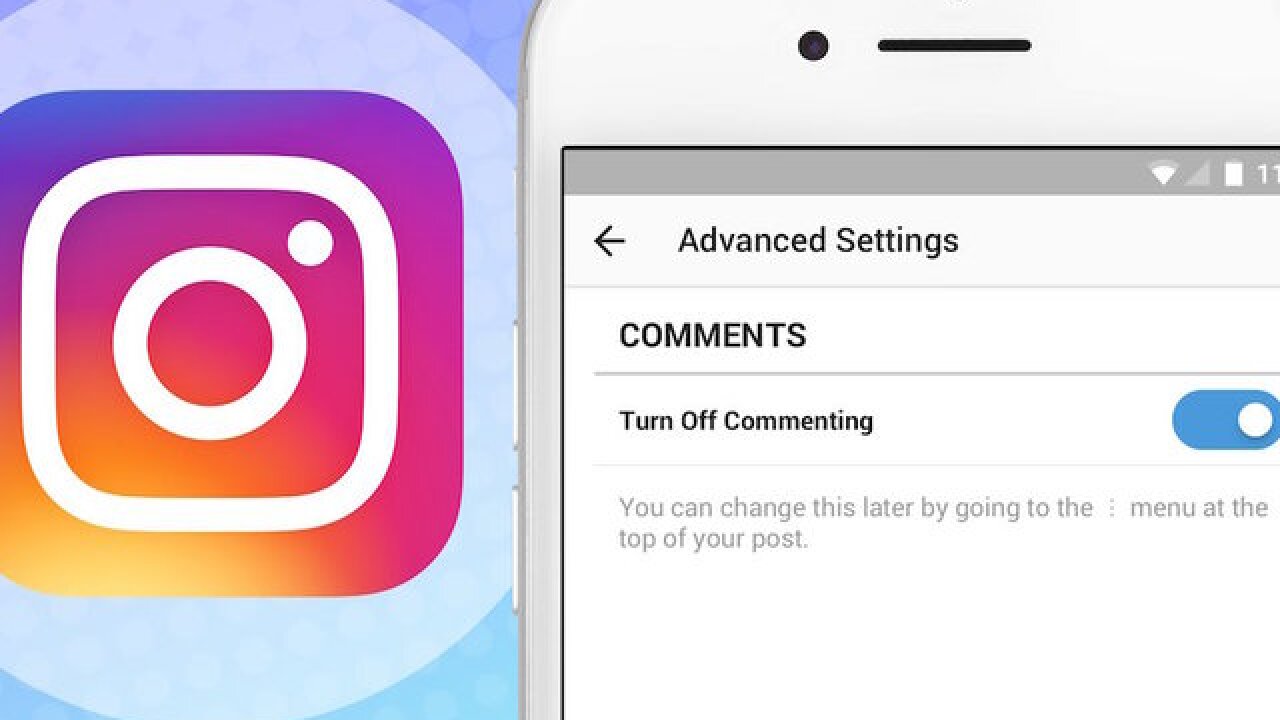 NEW YORK (CNNMoney) -- Instagram is giving its users the power to quiet the trolls in their feeds.

The Facebook-owned photo sharing app said on Tuesday it is adding a feature to allow people to turn off comments on individual Instagram posts.

Instagram users can now opt to "turn off commenting" before posting an image. It can also be reversed should users change their mind after posting.

In a blog post about the news, CEO Kevin Systrom said the move is a part of a greater effort to keep the community a "welcoming and safe place for everyone."

There's an obvious use case for the feature for celebrities and those with high volumes of followers. In August, Kylie Jenner appeared to test an early version of the tool. Fans were able to Like her posts but not leave comments.

Instagram said it will be rolling out the ability to Like comments on posts. This will be displayed via an heart icon located next to the comment in a bid to "encourage positivity."

In another effort to give users more control, those with private accounts will be able to more easily remove followers they no longer want to access to their accounts.

Instagram previously said it is adding a feature that lets users anonymously report friends who might be struggling with suicide and depression. The company will review and connect them to an organization for help.

Meanwhile, the company introduced a filter tool in September that allows users to block posts containing specific keywords. Chrissy Teigen was one of the first to test the tool, tweeting a picture of words she blocked, such as "Trump," "slut" and "color." Instagram has also added the ability to swipe to delete comments, block users or report inappropriate comments.

The features won't be available to everyone just yet. Systrom said it will gradually roll out to all users in the coming weeks.