In 2014, Trump called Russia the 'biggest problem' and geopolitical foe of U.S. 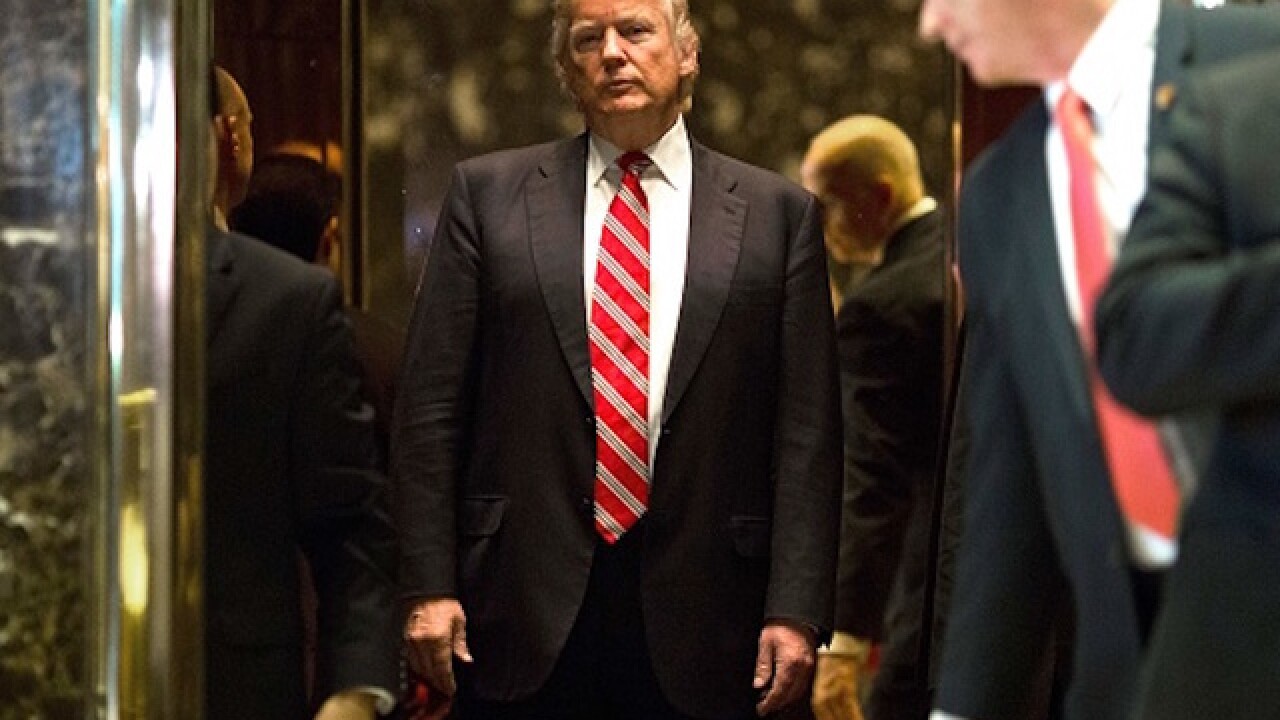 (CNN) -- In a series of interviews in March of 2014, Donald Trump singled out Russia as the United States' "biggest problem" and greatest geopolitical foe.

Trump's comments more than two years ago, which came in the wake of Russian incursions into Crimea, offer a sharp contrast to the Russia-friendly rhetoric he has employed since launching his presidential campaign.

In the interviews reviewed by CNN's KFile from March 2014, which occurred on NBC News and Fox News, Trump goes as far as to suggest imposing sanctions to hurt Russia economically and then later says he supports such sanctions. Trump also expressed his agreement with former Republican presidential nominee Mitt Romney's 2012 assessment that Russia is the United States' number one "geopolitical foe."

"Well, Mitt was right, and he was also right when he mentioned in one of the debates about Russia, and he said, 'Russia's our biggest problem, and Russia is, you know, really something,'" Trump said on the March 24, 2014 edition of "Fox and Friends."

"He said it's a hell of a problem, and everybody laughed at him, including certain media, by the way," continued Trump. "They laughed. It turned out that he's absolutely right. You look at what Russia's doing with Iran, how they controlled the situation, and Syria, and virtually every other place that ... We were thrown out of every place. I'm not saying we should be there. We should rebuild our own schools and our own bridges and highways and everything else. To be scoffed at and thrown around the way we're being thrown around is absolutely unthinkable."

In an interview a few weeks earlier, on the March 3 edition "Fox and Friends," Trump made similar comments when played Romney's debate remarks by the show's hosts.

"Well Mitt Romney was so right and nobody knew how right he was going to be and you look at Obama's response and just take a look at what's going on," said Trump. "Syria was propped up by Russia. Syria's now back in their fold 100% and that whole deal is coming to an end because Russia's taken over."

Trump added the U.S. could use economic measures to harm Russia.

"There are a lot of things we could be doing economically to Russia. Russia is not strong economically and we could do a lot of different things to really do numbers on them if we wanted to," said Trump.

"We should definitely do sanctions," Trump said while promoting the Miss USA pageant.

"And we have to show some strength. I mean, Putin has eaten Obama's lunch, therefore our lunch, for a long period of time," he said. "And I just hope that Obama, who's not looking too good, doesn't do something very foolish and very stupid to show his manhood. I just hope that doesn't happen."

A Trump transition spokesperson declined to comment for this story.

Speaking with the Times of London and German newspaper Bild in an interview published on Sunday evening, the president-elect suggested sanctions that followed Russia's annexation of Crimea could be erased as part of deal for nuclear arms reduction.

Trump also again singled out NATO, calling the alliance "obsolete." On Monday, that position was backed by a Russian government spokesman.