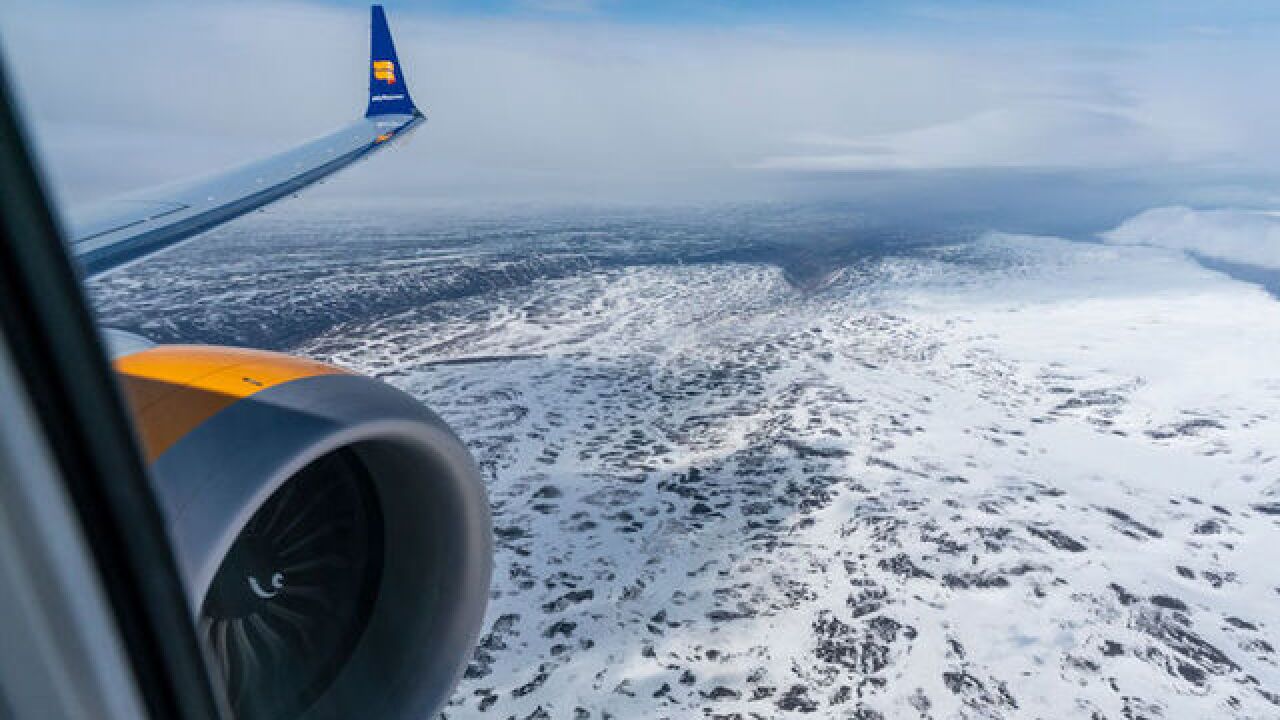 Image copyright 2018 Getty Images. All rights reserved. This material may not be published, broadcast, rewritten, or redistributed.
Handout
<p>In this handout image provided by Icelandair/The Brooklyn Brothers, Celebratory flight 'Iceland by Air' flies over the highlands in North Iceland as it takes a special route over Iceland's spectacular sights to mark the arrival of Icelandair's new Boeing 737 MAX 8 plane on April 14, 2018 in Iceland. </p>

WOW air was previously a competitor to Icelandair as it boasted flights as low as $99, making it an attractive option for budget travelers.

The two flight carriers will continue to operate under their different brand names.

"WOW air has in recent years built a strong brand and enjoyed great success in the company‘s markets to and from Iceland and across the Atlantic," said Bogi Nils Bogason,  the interim president and CEO of Icelandair Group. "There are many opportunities for synergies with the two companies but they will continue to operate under their own brands and operating approvals. The tourism industry is one of the cornerstones of the Icelandic economy and it is important that flights to and from Iceland will remain frequent.