Ice storm shuts down travel in the Central US 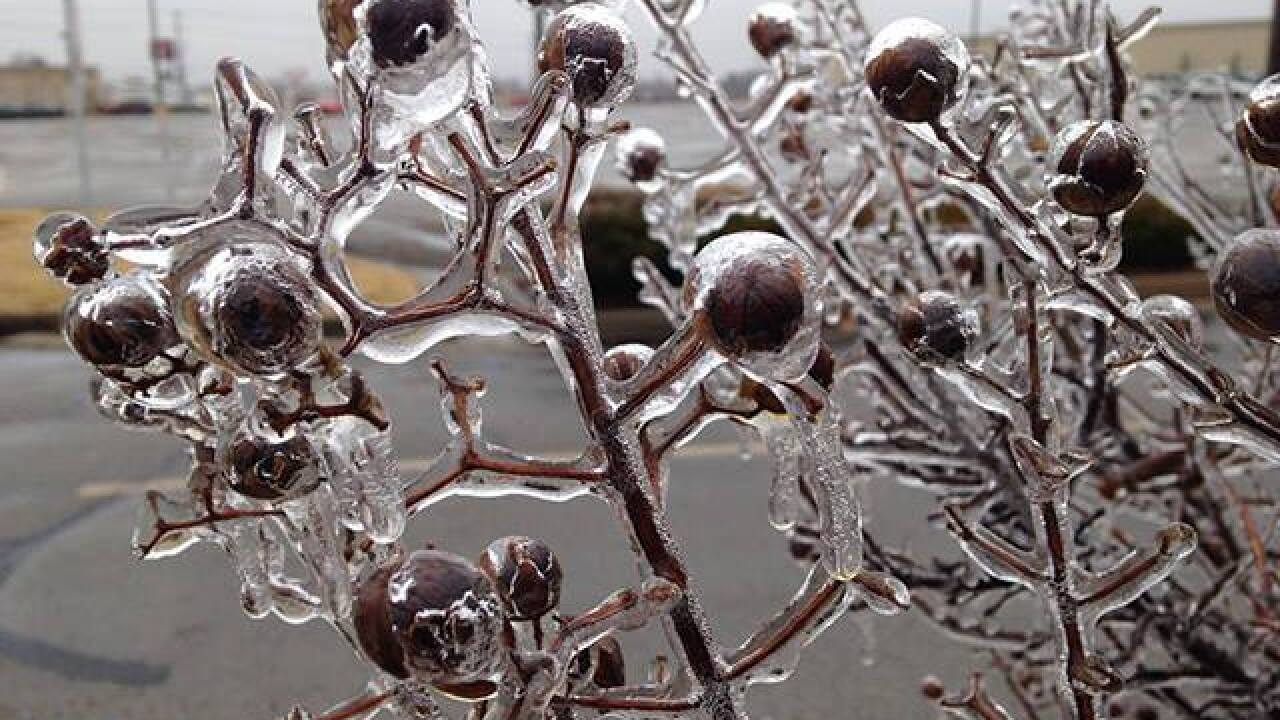 (CNN) -- It's a dangerous setup that the Central Plains of the US knows all too well, as residents find themselves in the middle of cold, Arctic air blowing down from Canada and much warmer, humid air streaming in from the Gulf of Mexico.

During the spring and fall, this clash of air masses often spawns severe storms and tornadoes -- but during the winter, the result can be an equally devastating, and much more widespread ice storm.

Beginning on Friday and lasting through the weekend, a slow-moving storm has been developing over the Southwestern US and is expected to bring a stretch of precipitation across the midsection of the country. With cold air at the surface and warmer air from the south moving on top of the cold, this precipitation will fall as freezing rain or sleet for long periods of the weekend for over a dozen states, from Texas all the way to Maryland.

More than 30 million Americans are under some type of wintry watch, warning or advisory from this storm, and 10 million of those fall under an ice storm warning, which is where most of the significant impacts from the storm will occur.

The hardest hit states of Oklahoma, Kansas and Missouri will see up to one inch of ice coating trees and roads -- making travel impossible and potentially bringing power outages to millions of residents this weekend.

Oklahoma Governor Mary Fallin declared a state of emergency for all 77 Oklahoma counties on Thursday.

A motorist died Friday after she lost control of her vehicle on an icy overpass while driving on Interstate 55 in southeastern Missouri, according to the Missouri State Highway Patrol.

The icy conditions caused another weather-related death, this time in Custer County, Oklahoma.

A motorist died during a traffic collision in the western part of the state, which resulted in multi-vehicle pile up on Interstate 40, the Oklahoma Highway Patrol said.

The National Weather Service in Wichita, Kansas, strongly discourages travel, saying, "Significant amounts of ice accumulations will make travel dangerous or impossible" and that "commerce will likely be significantly impacted."

Another office of the National Weather Service in Kansas City tweeted information aimed at those who believe that their vehicles can drive safely on ice (spoiler alert: they can't).

Ice accumulations ranging from a half inch to an inch can cause significant damage to trees and bring down power lines for widespread areas. Due to expected power outages and travel impacts, the Kansas Department of Emergency Management warns citizens to "make sure their home emergency kits are stocked for a 3-day supply."

Click here for a list of what you should include in your emergency supply kit, according to the Department of Homeland Security.

The temperature will be hovering around the freezing mark for long periods of time and will likely move several hundred miles north and south on Saturday and Sunday. This will bring a variety of precipitation types to many locations, often turning from rain, to freezing rain and ice, and back to rain again several times.

If you reside in any of these states that will be impacted by the ice storm, it would be a good weekend to stay safe at home, maybe watching the slate of NFL playoff games, which include one that has been moved back due to the pending ice storm.

The Kansas City Chiefs will now host the Pittsburgh Steelers at 8:20 pm ET on Sunday, according to the NFL, as opposed to the previously scheduled start time of 1:05 p.m. ET, due to "public safety concerns in light of the forecasted storm."

Kansas City will see significant icing through the morning on Sunday, changing over to rain early in the afternoon. Moving the game back seven hours should alleviate the danger of driving on icy roads for those traveling to the game.