How the FBI will investigate the allegations against Kavanaugh 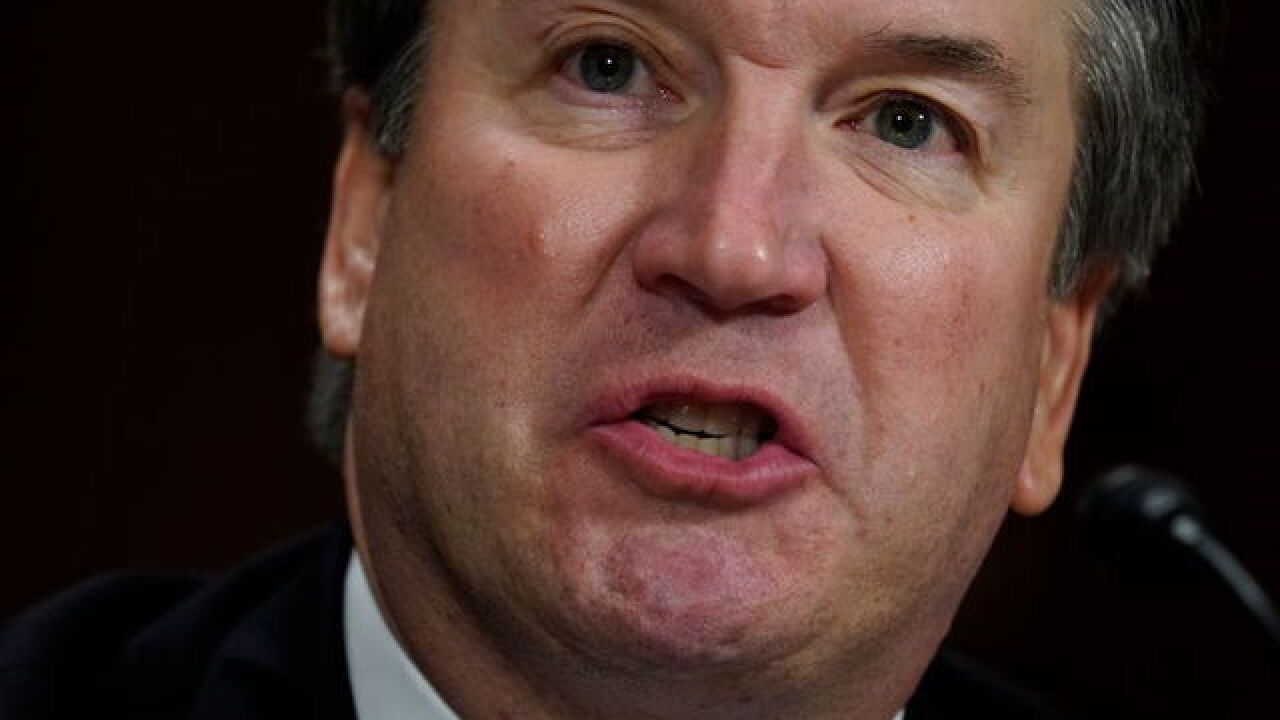 Image copyright 2018 Getty Images. All rights reserved. This material may not be published, broadcast, rewritten, or redistributed.
Pool
<p>Supreme Court nominee Brett Kavanaugh testifies before the Senate Judiciary Committee on Capitol Hill on September 27, 2018 in Washington, DC. Kavanaugh was called back to testify about claims by Dr. Christine Blasey Ford, who has accused him of sexually assaulting her during a party in 1982 when they were high school students in suburban Maryland. </p>

Now that President Donald Trump has ordered the FBI to conduct a supplemental background investigation into Brett Kavanaugh, the job of getting to the bottom of the explosive allegation of sexual assault that is holding up the Supreme Court nominee's confirmation may fall into the hands of the bureau's Washington-based team responsible for conducting background investigations for high-profile appointees.

Concentrated in the bureau's DC field office and supported by field offices across the nation, these agents routinely carry out the gumshoe probes that help elevate public servants into positions of power.

"You're basically knocking on doors and doing neighborhood canvasses and looking at the suitability and fitness for office of future FBI agents, of people who are undergoing a five-year re-investigation to maintain a top secret clearance, and for judicial nominees, like Kavanaugh," said retired FBI Supervisory Special Agent James Gagliano, a CNN law enforcement analyst.

On Friday, Trump directed the law enforcement agency to re-open the background investigation of his nominee after Sen. Jeff Flake, an Arizona Republican, sided with Democrats who had asked the FBI to look into allegations that Kavanaugh sexually assaulted Dr. Christine Blasey Ford when the two were teenagers in Maryland.

The investigation will also look into allegations made by Deborah Ramirez, who accused Kavanaugh of exposing himself to her at a party when they were students at Yale University, according to the New York Times. Kavanaugh and the White House have denied those allegations.

"I've ordered the FBI to conduct a supplemental investigation to update Judge Kavanaugh's file. As the Senate has requested, this update must be limited in scope and completed in less than one week," Trump said in a statement.

The FBI has not commented on the President's order, but a background investigation for a presidential appointee, like Kavanaugh, would also likely have a layer of oversight from the highest levels of the FBI's headquarters in Washington, and senior agents could be brought in to bolster the background investigation squad for the most sensitive interviews, former agents said.

Given the unprecedented situation, the FBI could also employ novel tools, or create a "special" investigative team that exists across agency divisions, the former officials said.

While background checks typically take days of on-the-ground investigation, in a case this closely scrutinized, FBI leaders could decide to go full bore, assigning a slew of agents from multiple squads to wrap the probe in short time.

"They could just about drop everything else they're doing, every other background check for generals to get the next star, and cabinet secretaries and US attorneys," said Tom Fuentes, a former FBI assistant director and senior CNN law enforcement analyst. "They could wrap everything. If they want to put 500 agents on this tomorrow they could do that."

The scope of the investigation that FBI agents will undertake now is unclear. Ford divulged the details of her charge in a nationally televised hearing before the Senate Judiciary Committee Thursday, and two more women have come forward publicly claiming episodes of sexual misconduct by Kavanaugh. He has forcefully and categorically denied them.

Key to Ford's charge, which dates back to a party in 1982, are a handful of witnesses that the California psychologist says were present on the night of the alleged attack.

Mark Judge, who Ford says was in the room with Kavanaugh when he pinned her to a bed and covered her mouth while trying to remove her clothes, has also denied the incident took place. In a statement through his lawyer Friday, Judge said he would "answer any and all questions posed to him" if the FBI requested an interview. Two other people who Ford says were present the night of the incident -- Patrick J. Smyth and Leland Ingham Keyser -- have said they do not remember being at a party with Ford and Kavanaugh.

A lawyer for Smyth also said Friday that he is "happy to cooperate fully with this FBI investigation," and Keyser's attorney said in a letter to the committee that his client would also cooperate with the investigation.

FBI officials will likely try to question some or all of the potential witnesses, in addition to Ford and Kavanaugh. The FBI, however, cannot force interviews in background check investigations, or in criminal investigations for that matter. While witnesses in a criminal case can be subpoenaed to appear before a grand jury, witnesses to a background investigation don't face a similar law enforcement tool to get them to talk.

In addition to the people said to be at the party, investigators may seek out witnesses who can attest to the credibility of Ford, including her parents, the former agents said. Evidence of any substance abuse problems could color a claimant's accusation, but the FBI notably does not make any conclusions about the credibility or significance of an allegation in a background investigation report.

"They could interview someone who says I saw Judge Kavanaugh get beamed down from a UFO -- he's an alien. They would put that in the 302," said Chris Swecker, a former FBI assistant director, referring to the form in which agents will memorialize their interviews. "They wouldn't say 'we disproved this, they didn't disprove this.'"

A supplemental background check into Ford's allegations could also widen beyond witness interviews to include an investigation into a gap that Ford has admitted to in her story: the date of the party.

In her Senate appearance Thursday, Ford lamented her foggy memory but offered up a clue -- an encounter with Judge at a supermarket he worked at an estimated six to eight weeks after the alleged attack.

"It would be helpful with anyone's resources if — to figure out when he worked there, if people are wanting more details from me about when the attack occurred," Ford said.

Safeway, the chain that Ford testified seeing Judge arranging shopping carts at, did not respond to CNN's request for employment records. The FBI may have better luck.

Still, with 36 years between the night of the alleged attack and the forthcoming background investigation, the agents in this background check have their work cut out for them.