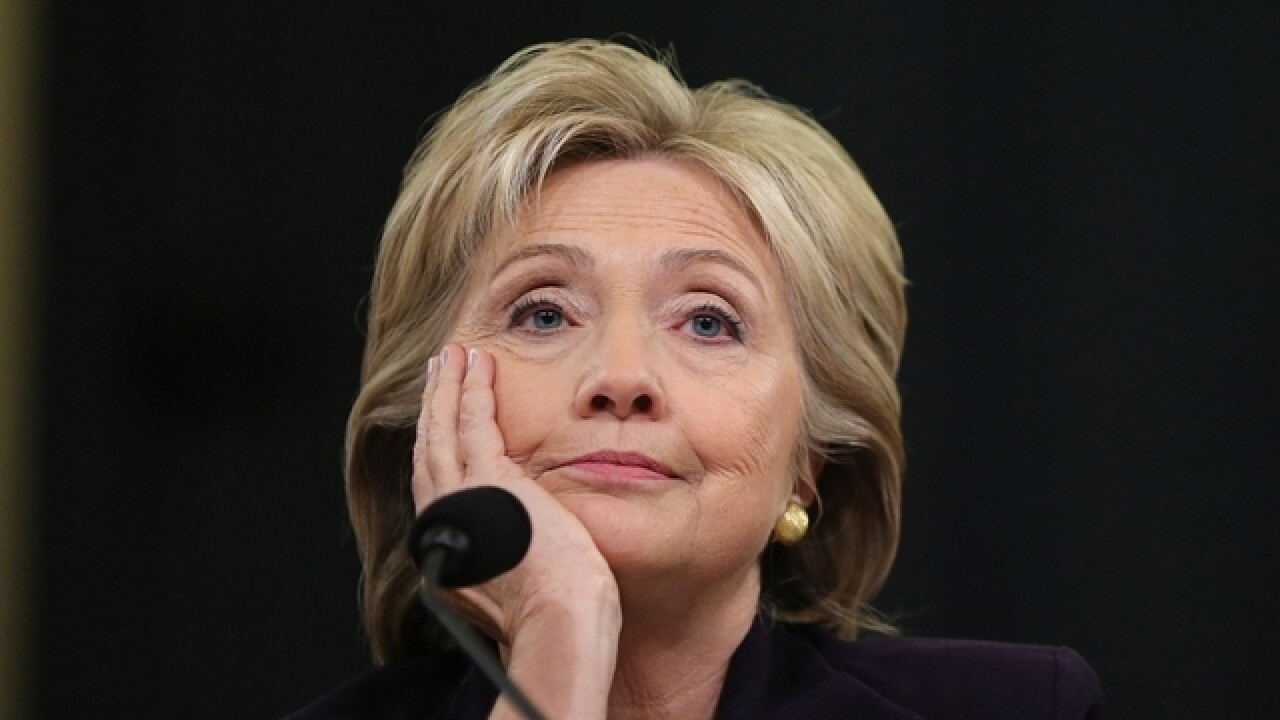 NEW YORK (AP) — Katy Perry was the night's big honoree, but Hillary Clinton got the biggest ovation as the former presidential candidate presented the pop star with an award from UNICEF at Tuesday's Snowflake Ball.
Clinton, who lost the recent election to Donald Trump, gave Perry the Audrey Hepburn Humanitarian Award for her charitable efforts with the organization. Her appearance at the event was a surprise, and Clinton got a sustained standing ovation from the cheering crowd.
She described Perry as someone who has "the spirit and the energy and the compassion that Audrey Hepburn brought to her work from UNICEF."
She added that Perry had the most Twitter followers, then jokingly added that she "might have some competition" — an apparent reference to the ever-tweeting president-elect.
Clinton also said Perry's lyrics "remind us when you get knocked down to get back up" — causing more cheers to erupt in the audience.
Perry was a big supporter of the Democrat, who won the popular vote, and even campaigned for her. She broke into tears when Clinton surprised her with her appearance at the event.
In her acceptance speech, Perry credited Clinton for helping use her voice for more than just her hits.
"Hillary has lit that voice inside of me, and that light will never go out!" she shouted.
"It will get brighter and brighter and brighter. Thank you, Hillary. You motivate me and so many millions of people who appreciate you for your incredible work," Perry said as the crowd gave Clinton another ovation.
Clinton has made only one other public appearance at an event since conceding the race to Trump.
Copyright 2016 The Associated Press. All rights reserved. This material may not be published, broadcast, rewritten or redistributed.