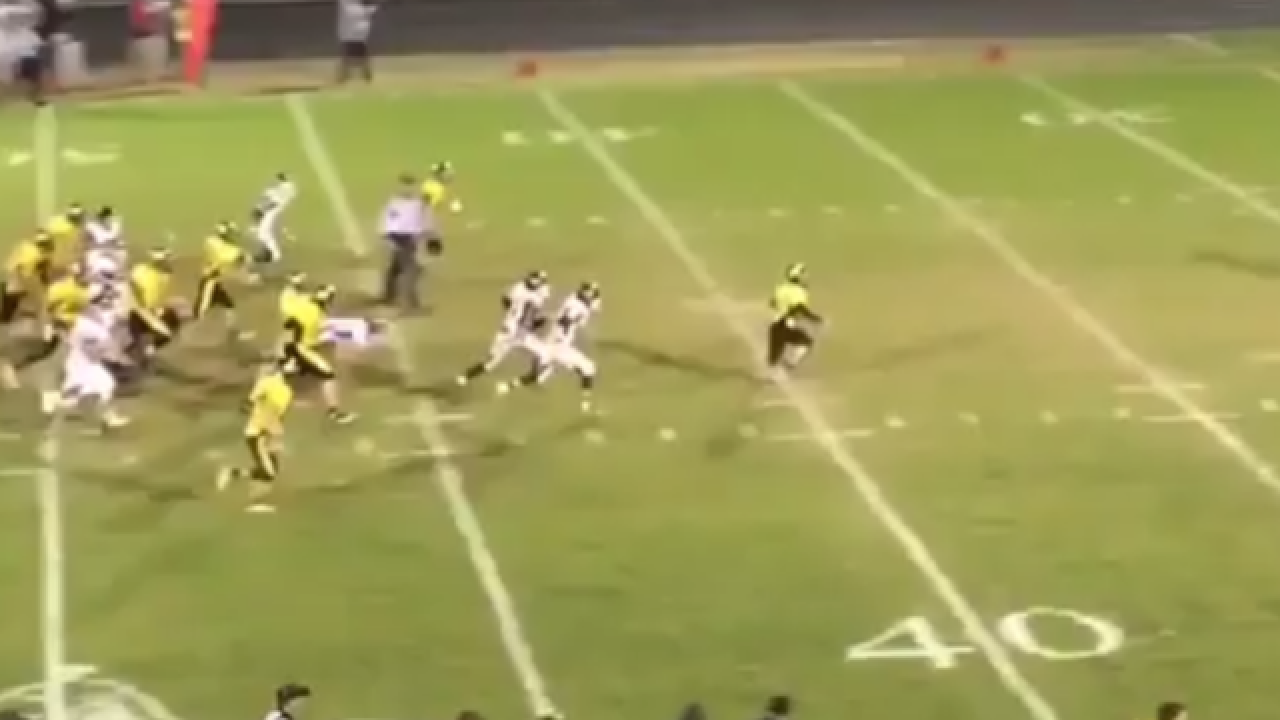 The outcome may have already been decided, but Thursday’s high school football game between Mitchell and Sturgis in the South Dakota state playoffs may have produced the best finish of any game this season.

With Mitchell leading by a wide margin in the state quarterfinals, the Kernels called a timeout and inserted senior Tayler Reichelt into the game. A play later, Reichelt burst through the line sprinted to the end zone for a 58-year touchdown run.

Reichelt, who was born with Down syndrome, was mobbed by his teammates in the end zone.

"I don't have the words," said Mitchell head coach Kent VanOverschelde told the Mitchell Republic. "That'll be a moment, that all of us will cherish. Anyone that was in this ballpark, will cherish that moment for a long time."

Best sports moment I've ever been a part of! Thanks to the entire Sturgis football program! #KingT #KernelFB #sdpreps pic.twitter.com/5hfFiGIlFb

"To me, it's a no-brainer," Sturgis head coach Chris Koletzky said. "It's a great thing because that's something he'll never forget and we're all out here for the kids and to create memories. That's a great one tonight and I bet our kids won't forget it either."

Reichelt, who was named Mitchell’s homecoming king earlier this year, told the Mitchell Republic the run was “really good.”

"Tayler has worked extremely hard. He shows up every day and waits for his opportunity," VanOverschelde said. "Tonight was definitely well worth the wait."

Reichelt and his Mitchell will play for a spot in the state championship game next week.