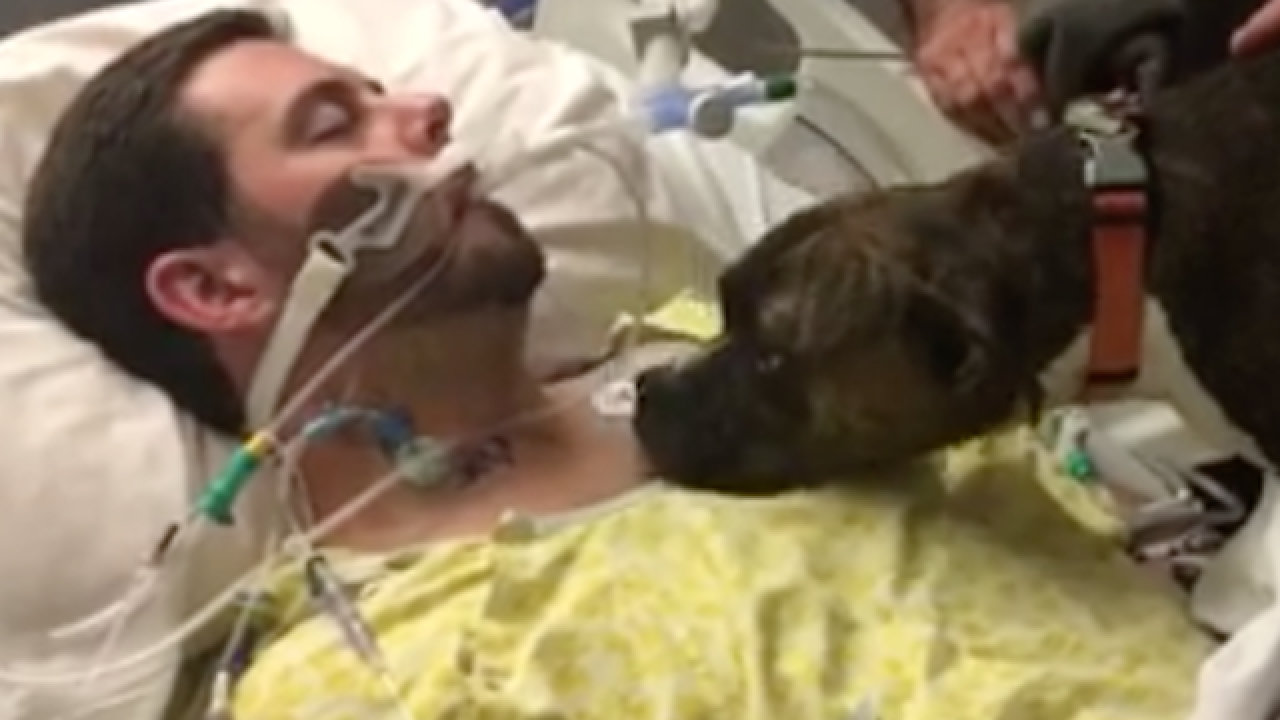 A dog is a man’s best friend, and unfortunately one canine was forced to say goodbye to her best friend late last month.

Michelle Jessen captured the final moments between her brother and his dog and posted the video on Facebook, where it’s been shared more than 100,000 times.

According to Jessen’s Facebook post, her 33-year-old brother, Ryan, thought he was suffering from a migraine headache. However, his pain was caused by a ventricular brain hemorrhage — a sudden bursting of the brain cells in the brain.

Ryan’s hemorrhage proved to be fatal. But before his family took him off life support, they brought his dog to visit him one final time.

Ryan passed away on Nov. 30. However, his death may provide life for a 17-year-old California boy who according to Jessen will receive Ryan’s heart.

Ryan’s dog will move in with Michelle’s family.