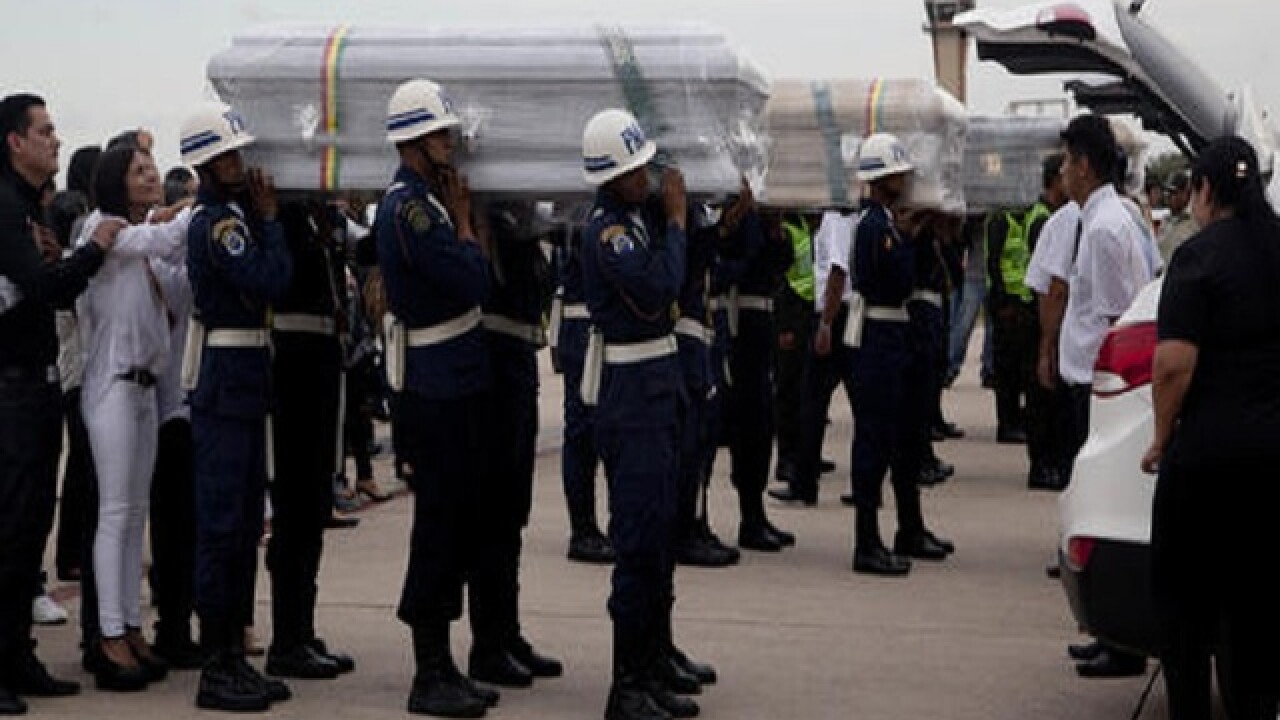 Juan Karita
<p>Coffins carrying LaMia flight crew members who died in a plane crash are carried by soldiers to a hearse at the Viru Viru airport in Santa Cruz, Bolivia, Friday, Dec. 2, 2016. Victims of this week's tragic air crash in the Andes were flown home Friday as Bolivia's president called for "drastic measures" against aviation officials who signed off on a flight plan that experts and even one of the charter airline's executives said should never have been attempted because of a possible fuel shortage. (AP Photo/Juan Karita)</p>

(CNN) -- The head of LaMia Airlines -- the charter carrier that was transporting Brazilian soccer team Chapecoense before their plane crashed in Colombia last week -- has been apprehended by authorities, according to a Bolivian state media report.
The team was on its way to play in the first leg of the Copa Sudamerica finals before the flight went down. More than 70 people were killed.
Gustavo Vargas, the general manager of the airline, and two other employees were arrested Tuesday, Ivan Quintanilla -- a member of the LaMia investigation commission -- told Bolivia's state-run Bolivian Information Agency.
CNN has attempted to reach Vargas for comment and is trying to get a hold of Bolivian authorities for clarification on possible charges.
The airlines offices in Santa Cruz, Bolivia, also were raided.
Bolivia's Public Works Ministry already had launched an investigation into LaMia, its owners, and executives.
LaMia Airline's general manager, Gustavo Vargas Gamboa, and the head of Bolivia's Civil Aviation National Registry are father and son.
Investigators told CNN that before the crash, a crew member informed air traffic controllers that the plane was in total electric failure and was without fuel.
CNN's Jon Ostrower and CNN en Español Bolivia correspondent Gloria Carrasco contributed to this report.
The-CNN-Wire
™ & © 2016 Cable News Network, Inc., a Time Warner Company. All rights reserved.
WKBW