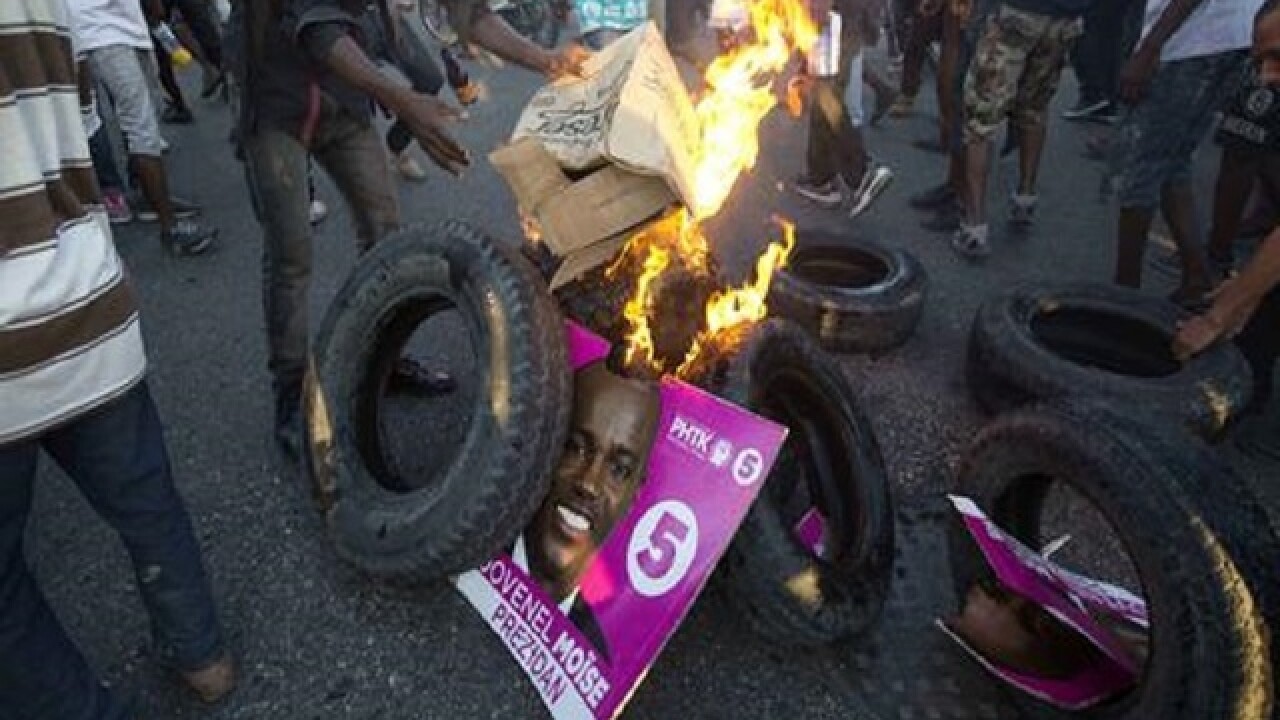 By: Associated Press
Posted at 12:40 AM, Nov 29, 2016
PORT-AU-PRINCE, Haiti (AP) — Jovenel Moise, the hand-picked candidate of Haiti's previous elected leader, apparently won the presidential election outright against 26 rivals, according to preliminary results announced late Monday that gave him 55.6 percent of the votes.
Moise was the leading contender in first-round presidential balloting last year and headed for a runoff. But the second round was repeatedly derailed amid fraud allegations and the results were eventually annulled after a Haitian commission reported finding what appeared to be significant irregularities and misconduct.
This time no runoff will apparently be needed because Moise, an agricultural entrepreneur and candidate of former President Michel Martelly's Tet Kale party, got over 50 percent in the Nov. 20 election redo and also led his nearest competitor by well over 25 percentage points. Either result was enough to win under Haiti's election rules.
"The Haitian people have made their choice and voted for me in the first round. Thank you all for your trust. Long live Haiti!" Moise wrote on his Twitter account.
Second-place candidate Jude Celestin of the Lapeh political party had 19.5 percent in the preliminary count announced by electoral officials. The third place finisher, Moise Jean-Charles, got 11 percent.
The final count will be turned over to Haiti's electoral tribunal, where political parties can dispute the results before electoral winners are certified Dec. 29.
Before the preliminary results were announced, Justice Minister Camille Edouard Junior said authorities were on "high alert" to ensure security in Haiti, where riots have often greeted the announcement of election tallies.
Caretaker President Jocelerme Privert said that losing factions should follow the appeals process set out by Haiti's election rules and not resort to street protests and possible violence.
Copyright 2016 The Associated Press. All rights reserved. This material may not be published, broadcast, rewritten or redistributed.