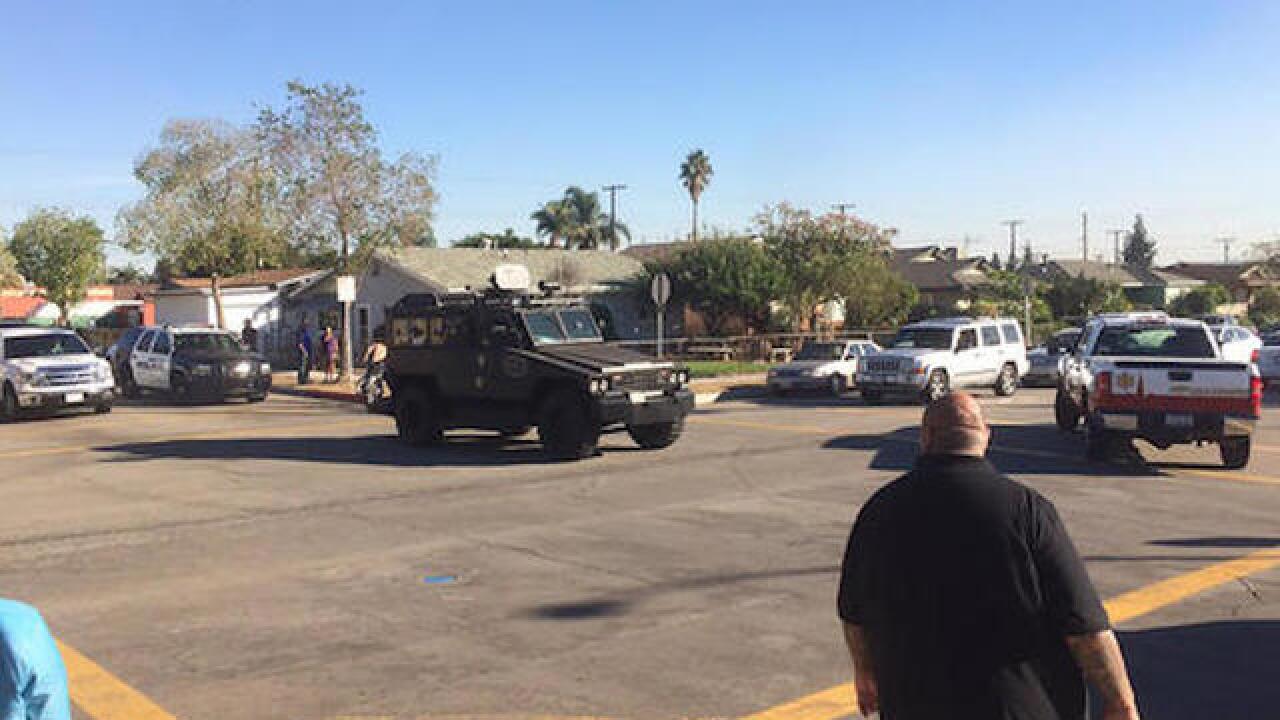 LOS ANGELES (AP) — A gunman was binging on drugs when he randomly opened fire Tuesday in a peaceful Southern California neighborhood, killing a neighbor and wounding two women before police shot him, authorities said Wednesday.

The 45-year-old man was found dead in the entryway to an Azusa home, ending an hours-long standoff east of Los Angeles. His name wasn't immediately released.

The shooting that erupted at around 2 p.m. Tuesday closed two nearby polling places at a park and elementary school in the San Gabriel Valley.

However, the shooting "had nothing to do with the ballot or voting," Los Angeles County sheriff's Lt. John Corina said.

The man, who told his family that he used to be in the military, was a "gun fanatic" who began binging on drugs at least a day earlier, prompting his wife and two children to leave their home Monday evening "because he was getting out of control," Corina said.

The man's wife reported that he was on cocaine, but authorities think it could have been methamphetamine or another drug, Corina said.

Police were called to the home Monday night about a disturbance involving the man but had no probably cause to arrest him, Corina said, adding that he had no other details about the call.

On Tuesday afternoon, the man grabbed at least three of his guns, including an assault rifle, and attacked, Corina said.

"According to witnesses he came out into the street with guns and just started shooting randomly at people and cars," he said.

The man shot a woman who was driving a van, which later crashed, then walked up to a 77-year-old neighbor who had stepped outside to see what was happening and shot and killed him, authorities said.

He also shot another woman who was outside down the street, according to a Sheriff's Department statement.

When police from Azusa and neighboring Irwindale arrived to help the victims, the man popped out of hiding and opened fire on them with an assault rifle. The officers weren't hit and fired back, Corina said.

The man went to a home, where he died in the entryway but was only confirmed dead hours later. Weapons including a shotgun and handgun along with about 1,000 rounds of ammunition were found in the home, Corina said.

The wounded women, who are 59 and 65 years old and shot in the face and torso, respectively, were hospitalized in critical condition.

"The doctor said last night that it didn't look good, but I think they're progressing better this morning," Corina said. "They're still alive.

Corina said investigators suspect the shooter was lying about having served in the military. He worked in the public works division for the city of Garden Grove in Orange County, Corina said.