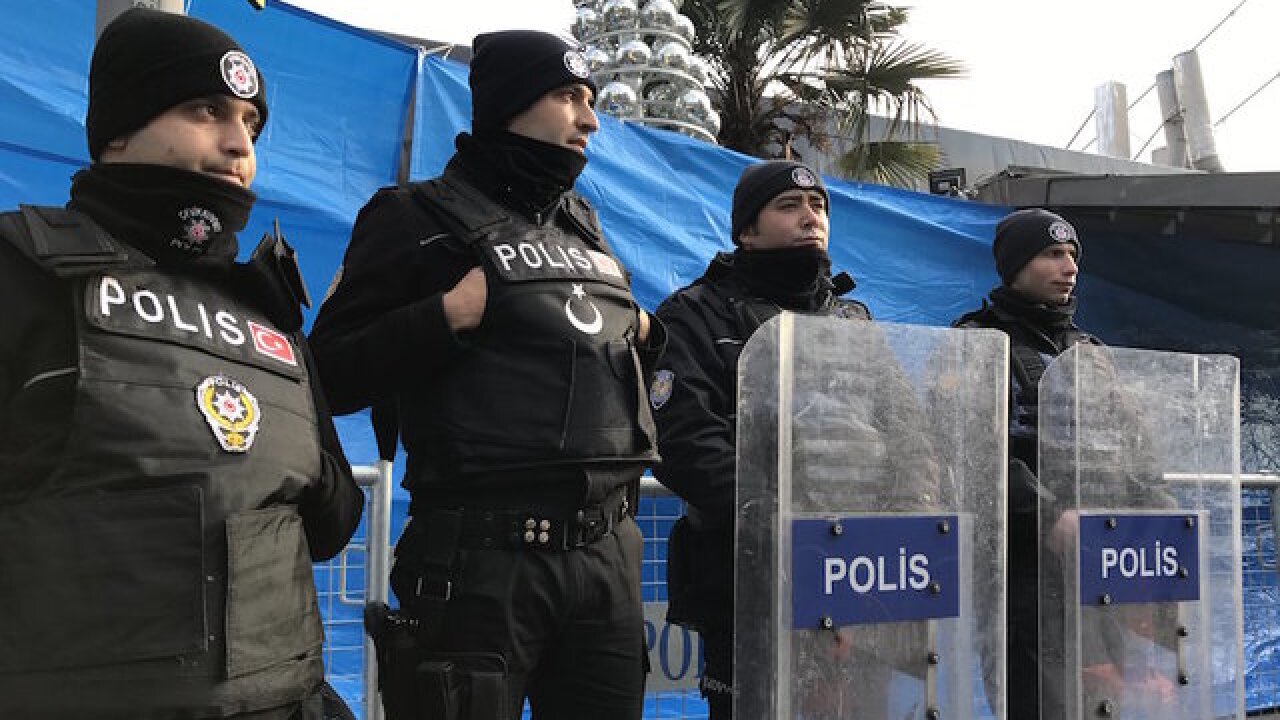 ISTANBUL (CNN) -- Turkish authorities said Wednesday they have identified the gunman who killed 39 people in the New Year's nightclub terror attack in Istanbul.

Turkish Foreign Minister Mevlut Çavusoglu announced the development but did not name the suspect or provide his nationality.

Counterterrorism officers arrested the suspected militants at four addresses in the Bornova and Buca districts of the Aegean province of Izmir, according to Anadolu. Eleven women were among those arrested.

Anadolu said those detained are thought to have lived with the attacker in the central Anatolian city of Konya.

Anadolu also reported that an array of military hardware was discovered during the raids, including night-vision equipment, a sniper scope, an ammunition belt and other items. Twenty children found at the addresses were taken into temporary care.

Altogether, at least 36 people are being held in connection with the nightclub shooting, though the gunman who carried it out remains at large.

ISIS claimed responsibility for the attack in a statement posted to Twitter, but CNN cannot independently verify it. The terror group boasted of carrying out the first major terrorist attack of 2017.

On Monday, police released a video that the suspected gunman apparently took of himself in a market near the nightclub.

The "selfie video" featuring the man in Istanbul's Taksim Square was first posted on a pro-ISIS Telegram account before Turkish media broadcast it, said Laith Alkhouri, a director at Flashpoint, an American business risk intelligence company tracking terrorist and cyberthreats.

Alkhouri told CNN that such a release suggests the attacker was part of a network supportive of or linked to ISIS, and that he had shared the selfie footage with them before or after the attack.

At least 11 victims in the attack on the upscale nightclub were from Turkey, according to Anadolu, while at least 27 victims hailed from 13 other countries, including Lebanon, Iraq, Syria and Canada.

Dozens of people were hospitalized. A handful of the injured were in critical condition.

Witnesses described how the New Year's Eve celebration turned into a bloodbath.

"We were having fun. At first we thought it was a fight, then there was a lot of gunfire," Yunus Turk told CNN.

"After the gunfire, everyone started to run toward the terrace. We ran as well. There was someone next to me who was shot and fell on the floor. We ran away and hid under the sofas."